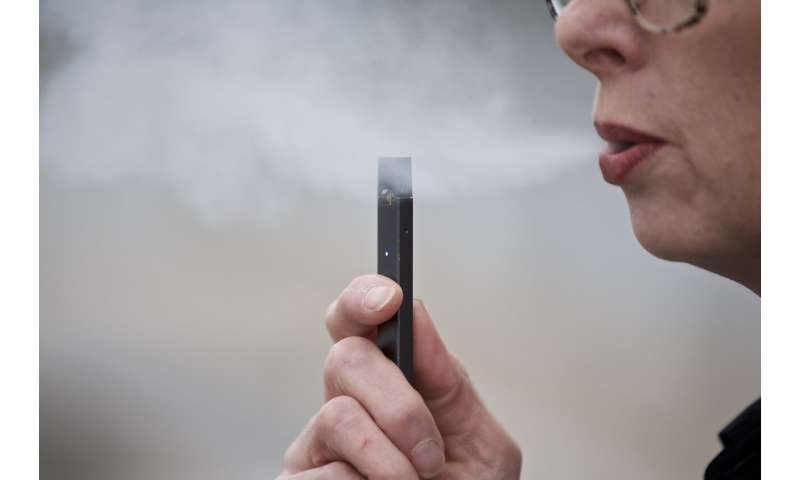 The ban was motivated by a desire to protect children, the Democrat said.

“I hear from parents and teachers and coaches that the use of flavored e-cigarettes among teenagers and middle school students is alarming and rising and scary,” Raimondo said at a news conference.

She held up a colorful box of strawberry flavored products at one point.

“That looks like a cereal box,” she said. “What adult do you know drinks strawberry milk? Chocolate milk? This is targeted at kids. Our kids.”

She is directing the state Department of Health to create regulations based on her order.

State health director Dr. Nicole Alexander-Scott said the regulations could be put in place by early next week and would be effective for four months, with the option to extend them another two months.

Raimondo’s decision comes a day after Republican Gov. Charlie Baker in neighboring Massachusetts ordered a four-month ban on the sale of all vaping products.

At least two other states, Michigan and New York, have banned vape flavors.

The Centers for Disease Control and Prevention says more than 500 confirmed and probable cases of lung illnesses and nine deaths nationwide have been attributed to vaping.

The CDC has not identified a common product or ingredient responsible for the illnesses.

The Rhode Island Department of Health has not reported any vaping-related illnesses.

High cholesterol: The best drink to include in...

High blood pressure: This type of berry could...