The etiological agent of the coronavirus disease 2019 (COVID-19) – severe acute respiratory syndrome coronavirus 2 (SARS-CoV-2) – was first identified in Wuhan, China, in December 2019. Since then, the virus has infected more than 107 million people worldwide and caused over 2.4 million deaths. Due to its high transmissibility, it has been difficult to contain the virus in an epidemic region.

Towards the latter part of 2020, a new variant of SARS-CoV-2 (lineage B.1.1.7) emerged in England and another one, (B.1.351), also known as 501Y.V2, in South Africa. Both of which are observed to have heightened transmissibility, with some early studies even suggesting an increase in virulence in these mutations.

In a concerning new development, an interdisciplinary research team from Uganda and the UK report the emergence and spread of a new SARS-CoV-2 variant of the A lineage with multiple protein changes throughout the viral genome. The researchers recently released their findings in a preprint on the medRxiv* server. 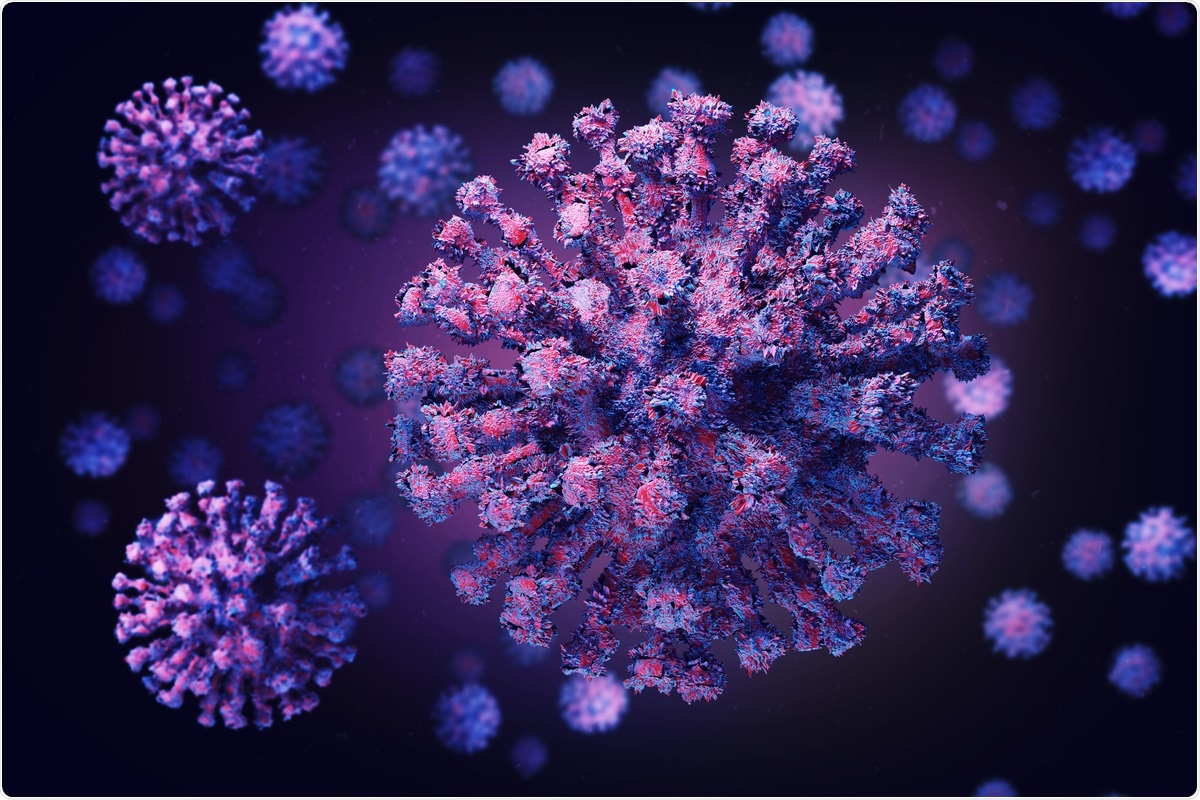 Study: A SARS-CoV-2 lineage A variant (A.23.1) with altered spike has emerged and is dominating the current Uganda epidemic. Image Credit: iunewind / Shutterstock

The research team reports the A.23.1 sub-lineage to be the major virus lineage now observed in the Kampala region in Uganda. This sub-lineage is reported to encode multiple spike proteins, nsp6 (nonstructural protein), ORF8 and ORF9 (open reading frames 8 and 9) protein changes. Some of these replacements are predicted to be functionally similar to those observed in lineage B variants of concern (VOCs).

The Kampala region has become an epicenter of viral transmission in the country; 60-80% of the country’s new cases daily have been identified there, from June 2020 to January 2021. The researchers generated the SARS-CoV-2 genomic sequence data to monitor virus movement and changes thereof.

The researchers also report that across the entire region’s epidemic, 39% of the strains can be classified as the major B lineage, whereas 61% are within the A lineage. Interestingly, when the transportation was characterized by land travel (primarily truck drivers’ movements) and no flights, the lineage B.1 strains predominated. Over the course of their study, however, the researchers unexpectedly found that, almost exclusively, the A lineage viruses are found in the Kampala region up to late January 2021.

Because the researchers identify the lineage A strain as originating from a truck driver (strain UG053) as basal to the newly emergent A.23 variant, they recommend continuous monitoring of all truck drivers transiting into and out of Uganda. This will help to better understand the inland cross-country entry and exit, and circulation of the strains in this region, where (large scale) genomic surveillance is still not exhaustive.

Notably, the genome sequences from 6 lethal Ugandan cases belonged to two lineages A.25 and B.1.393. While the SARS-CoV-2 lineage A is less prevalent than lineage B in Europe, the UK and the USA, the presence of lineage A viruses from lethal community cases throughout Uganda indicates that this lineage is circulating in the country and is capable of severe infection.

To monitor the epidemic in more detail, the researchers generated the full genome SARS-CoV-2 sequences from SARS-CoV-2 positive samples in Uganda. From this analysis, the researchers present a maximum-likelihood phylogenetic tree comparing all available complete and high-coverage Uganda sequences.

Several variant lineages were observed at low frequencies and only briefly and may have undergone apparent extinction, similar to patterns observed in the UK and Scotland, the researchers write.

The researchers also found that the SARS-CoV-2 outbreaks in and around the prisons to be the lineage A.23, with three amino acid (aa) changes encoded in the exposed S1 domain of the spike protein (F157L, V367F, and Q613H).

Whereas the A.23.1 virus’s sequence encoded 4 or 5 amino acid changes in the spike protein plus additional protein changes in nsp3, nsp6, ORF8, and the ORF9.

A plot of nucleotide changes over time for Ugandan lineage A viruses showed a consistent evolutionary rate of roughly 2 nucleotide change per month that has been observed for SARS-CoV-2 throughout the pandemic.”

All organisms mutate. Viruses are found to have the highest per base pair per generation mutation rates. This study reports the emergence and spread of a new SARS-CoV-2 variant of the A lineage (A.23.1) with multiple protein changes throughout the viral genome.

The spread of a new variant with heightened transmissibility and/or virulence can place more pressure on the healthcare system – and ultimately result in a higher mortality rate. There is also a risk that new variants may undermine current vaccines and therapies, aimed at preventing or mitigating COVID-19, based on earlier strains.

From a screening of the SARS-CoV-2 genomic data from GISAID, the researchers observed that the A.23 and A.23.1 sub-lineages are now circulating in 12 countries outside of Uganda (from Africa, Asia, Europe, North America and Oceania); this indicates the global movement of the newly emerging variants.

This study also highlights the importance of rapid genomic surveillance of infectious pathogens and also the need to closely monitor the virus’s movements. Significant changes observed in the spike protein – that may impact the transmission, infection, and immune selection – are crucial to understanding the evolution of the virus and warrant additional studies on the functional consequences.

Although the clinical impact of the A.23.1 variant is not yet clear it is essential to continue careful monitoring of this variant, as well as a rapid assessment of the consequences of the spike protein changes for vaccine efficacy.”