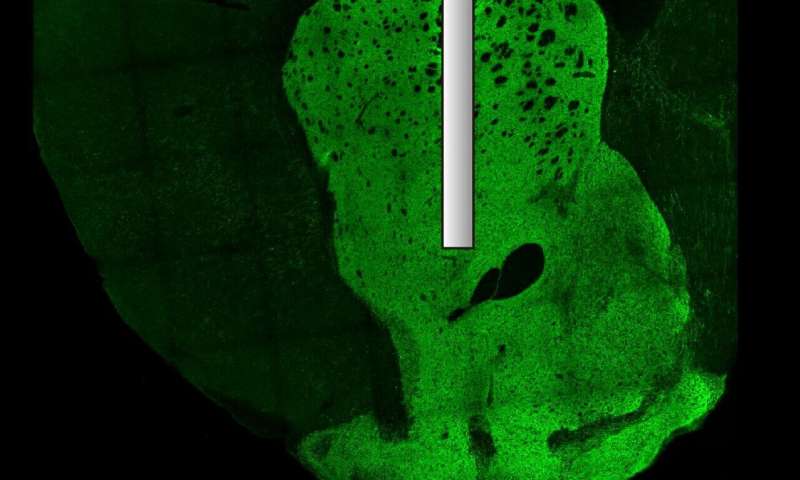 A recent study in mice led a team of researchers in Japan to believe that psychosis may be caused by problems with specialized nerve cells deep within the brain, as well as a certain kind of learning behavior. The researchers hope this could provide insight into the emergence of delusions in patients with psychosis or schizophrenia with the aim of finding ways to help them.

Psychosis is a debilitating psychological condition with a long history. Described in the medical writings of Hippocrates as early as the 4th century B.C., the psychotic state of hallucinations, delusions and disordered thought represent an existential threat to an afflicted human mind. Now, a team of researchers from the International Research Center for Neurointelligence (IRCN) and the Graduate School of Medicine at the University of Tokyo, and the Graduate School of Informatics at Kyoto University, proposes that psychosis involves defective neural signaling in a deep brain area called the ventral striatum during a behavior called discrimination learning.

Led by Lecturer Sho Yagishita and Professor Haruo Kasai, the researchers studied the way mice predict future rewards in their environment, a behavior known as reward learning, which is shared by us humans and other mammals, too. Reward learning involves the release of a chemical messenger dopamine to a receptor protein in the brain called dopamine D1 receptor (D1R) to signal the anticipation of a reward. Specifically, the team searched for a second dopamine signal that occurs only when the anticipated reward fails to materialize—reward omission.

The researchers suspected this signal for reward omission existed in neurons of the ventral striatum area of the brain that contain a counterpart to D1R, dopamine D2 receptor (D2R). Coincidentally, D2R is the major brain receptor for nearly every antipsychotic medication used to date. The team showed that reward omission triggers a signal in these neurons called the dopamine dip, a drop in dopamine levels, which lasts less than a second.

These dips seem to contribute to the process of discrimination learning, which includes how all animals, including humans, judge previously learned rewards and punishments. To explore the connection between dips and discrimination learning, the researchers used sophisticated optogenetic technologies to artificially increase or decrease the dips for the first time and measured their effects on how the mice estimated rewards. Optogenetics is a way to activate artificial light-sensitive proteins with finely controlled laser light to turn neuronal activity on or off.

“We initially observed that dips caused certain synaptic structures called spines to expand and send signals within D2R neurons,” said Yagishita. “We searched for several years before we discovered that discrimination learning was the cognitive process that refines reward learning following dopamine dips.” 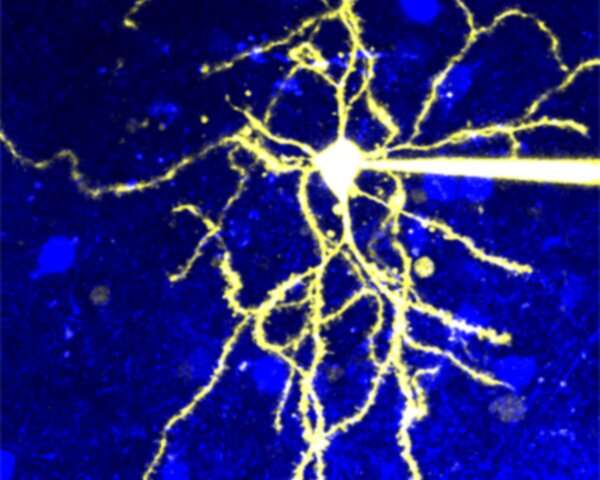 To establish a link to psychosis, the authors administered a well-known psychosis-inducing drug, methamphetamine, and showed that both discrimination learning and dopamine dips were impaired. As a result, mice showed exaggerated behavioral and dopamine responses even when no reward was presented, as is the case in human psychosis. These deficits could be prevented with an antipsychotic compound that blocks D2R activity.

“If D2R signaling and discrimination learning is impaired, subjects may be unable to assign an appropriate significance to objects or people in their environment, and their fears or insecurities may fill in the gap,” said Yagishita. “For example, persecutory delusions arise from mistakenly assigning malevolent intent to strangers who pose no threat.”

The authors propose that these findings open a previously unknown window into psychosis. Their data show that an antipsychotic D2R drug can reverse effects of a psychosis-inducing one by specifically restoring the dopamine dips and discrimination learning to normal levels. Their hypothesis is that an impairment in discrimination learning can result in an inability to predict the environment accurately, leading to overt symptoms of psychosis or schizophrenia.

“The brain seems to have an intrinsic capacity for fantasy or delusional thinking, but there are built-in controls like D2R discrimination learning that help us to correct our misjudgments,” commented Kasai. “Our study raises the possibility that when these corrective controls break down, we can risk losing contact with reality and may enter a downward spiral of pathology.”

Looking ahead, Kasai concluded, “We hope to build a general learning model to accommodate clinical disorders of cognition that can also lead to new principles for next-generation AI (artificial intelligence).”

New life for a cancer drug that reprograms...

Nearly half of women put up with sexual...