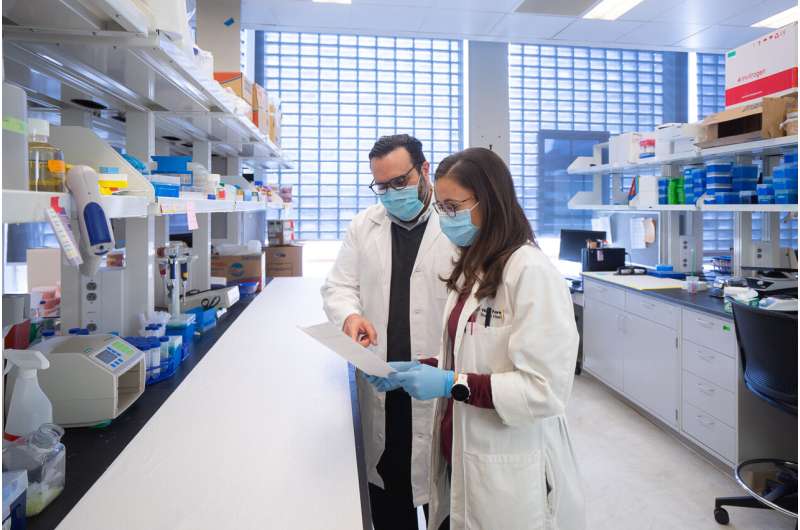 Melanoma, a type of skin cancer, is often curable when detected and treated in its early stages. However, the disease can rapidly spread to other organs in the body and become deadly. According to the American Cancer Society, more than 7,600 people die of the disease each year in the United States.

Thankfully, immune checkpoint inhibitors (ICI), a type of immunotherapy, have transformed the treatment of certain cancers, including melanoma, and improved patient care. But despite the availability of this immunotherapy, doctors have been unable to predict who will benefit from ICI and who will not.

“When immunotherapy works, it can be very successful and improve overall survival. About 20% to 40% of patients will respond,” Soto-Pantoja said. “But predictive biomarkers are urgently needed to guide treatment decisions and to develop new approaches to therapeutic resistance.”

Cancer cells consume abnormal nutrients and release factors that can be sensed by blood circulating cells. According to Soto-Pantoja, it’s possible that mitochondria of circulating cells can sense these metabolic changes. Soto-Pantoja’s team also examined how this organelle changes function in patients’ blood cells.

“We found functional and molecular metabolic biomarkers, which are associated with ICI response, can be detected in blood before treatment,” Soto-Pantoja said.

The circulating immune cells of patients who responded to treatment had an increased extracellular acidification rate, a measure of glucose metabolism. Investigators also found changes in mitochondrial shape and structure changes that were linked to the response. In addition, the team identified a common metabolic signature that distinguished responders and non-responders—increased lactate levels to pyruvate (specific lipid and amino acid metabolites) and an elevated glucose receptor in patients who responded to treatment.