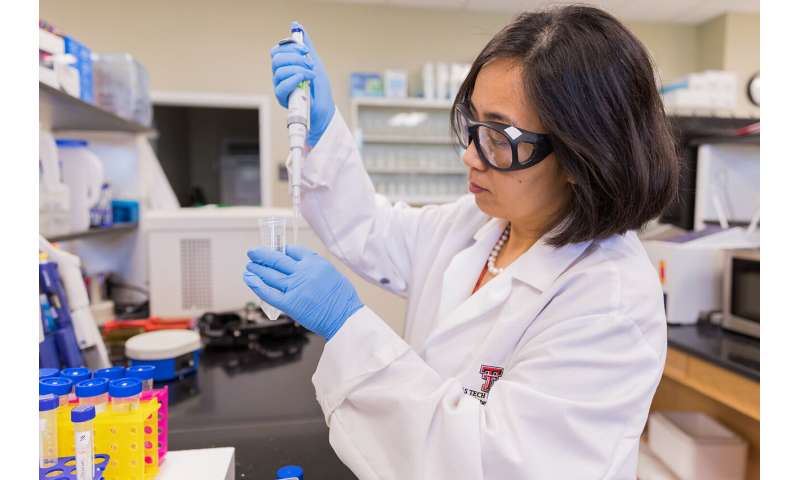 Obesity is a growing problem in the United States. According to the latest estimates from the National Institutes of Health (NIH), more than one-third of American adults are obese, and that rate has been rising steadily for decades.

But new research from Texas Tech University has the potential to change that trend.

Dr. Shu Wang, an associate professor in the Texas Tech Department of Nutritional Sciences, has found a way based on nanotechnology to prevent and even reverse obesity—and she’s looking to make it available on a wider scale.

The science of fat

Adipose tissue is composed of adipocytes, which are special cells designed to store fat.

“Different from white adipocytes that store fat, the brown or beige adipocytes are considered a ‘metabolic sink’ for fat, glucose and other metabolites,” Wang said. “Beige adipocytes can take up and burn excessive glucose and fat to liberate heat; therefore, they are promising targets for the treatment of obesity and its related metabolic disorders, including insulin resistance, dyslipidemia and cardiovascular disease.”

Previous research on resveratrol, a nutrient commonly found in the skin of red grapes and a variety of berries, showed that it can increase brown and beige adipocyte formation—possibly transformed from adipose stromal cells (ASCs) in white fat—and therefore can have an effect in combating obesity by enhancing fat burning. The problem, however, is that resveratrol was very difficult to deliver into the white fat it must target. Resveratrol does not dissolve well in water or body fluid and is highly subject to chemical alterations in the liver, so an oral delivery was impractical.

Thus, armed with a four-year grant from the NIH’s National Center for Complementary & Integrative Health, Wang’s Nutrition and Nanomedicine Laboratory studied how best to deliver resveratrol directly into ASCs in white fat, promoting their transformation into beige cells.

Under NIH grant support, Wang and graduate student Yujiao Zu in the Department of Nutritional Sciences, Zhaoyang Fan in the Department of Electrical & Computer Engineering and Ling Zhao at the University of Tennessee have invented a biocompatible and biodegradable nanoparticle that could enclose the resveratrol, increasing its abilities to dissolve. This nanoparticle system can deliver resveratrol directly into ASCs within white fat and transform them into beige adipocytes and other types of cells.

“Upon stimuli, ASCs can be differentiated into beige adipocytes,” Wang said. “We aim to induce this transformation in the subcutaneous white adipose tissue for the treatment of obesity and obesity-related metabolic disorders, including insulin resistance and hyperlipidemia.”

In their animal study through intravenous injection, these nanoparticles targeted delivery of resveratrol to ASCs in subcutaneous white fat—the jiggly fat just under the skin—and resulted in significant browning of the white fat. That translated to a 40 percent reduction in subcutaneous fat and a 50 percent reduction in visceral fat, which is found inside the abdomen, as well as an improved insulin balance to maintain blood glucose, an improvement in lipid stability and reduced inflammation after only five weeks of treatment.

“Superior to any current anti-obesity approaches’

Because the nanoparticles are biocompatible and biodegradable, they do their jobs with minimal side effects and minimal immune responses. This could make them a better option for obesity treatment than what’s currently available.

“Current anti-obesity medical therapies include pharmacotherapy and weight-loss surgery,” Wang said. “The latter has high efficacy, but is a most invasive and expensive therapy. Current pharmacotherapy utilizes orally administered drugs.”

“Most of these drugs have severe cardiovascular and psychiatric side effects, and obesity relapse may occur when stopping the drugs,” Wang said. “Pharmacotherapies for enhancing energy expenditure and effective delivery routes suitable for fighting obesity are greatly needed.”

Furthermore, even for healthy people, there are strong market-driving forces to offer products for easy weight management or body-slimming technology.

“We are working to delivered anti-obesity agents to subcutaneous ASCs, which can result in much higher anti-obesity efficacy and lower side effects. The significant effects might be superior to any current anti-obesity approaches, but we need to further validate and confirm these results.”

With a patent filed on the nanoparticle delivery system, Wang is looking into future commercialization opportunities to make it more available to physicians. She would love to see it become a widely used treatment for obesity.