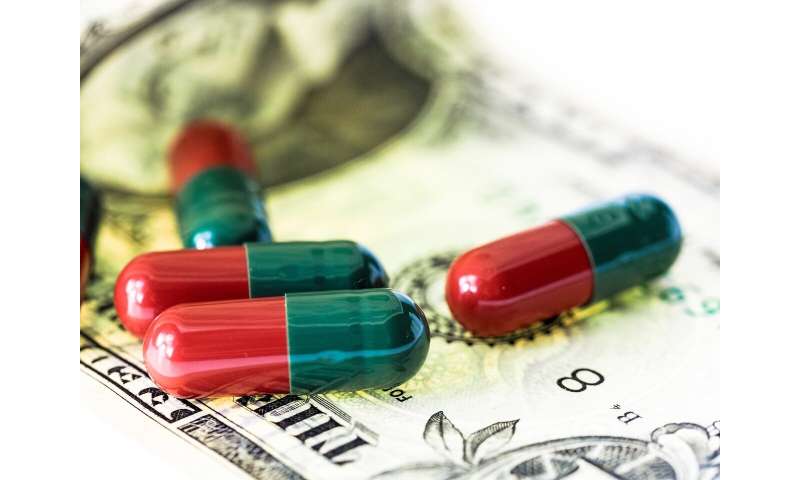 Less than 5 percent of state drug pricing laws passed between 2015 and 2018 will provide new information about pricing within the pharmaceutical distribution system. The rest of the laws passed either do not focus on transparency at all, or mandate reporting of information that is already publicly available.

This is according to a new study published in JAMA Network Open. The study, authored by Martha Ryan and Neeraj Sood of the USC Schaeffer Center for Health Policy & Economics, is the first to analyze the potential impact of state laws aimed at improving price transparency in pharmaceuticals.

“In the past few years we have seen momentum building as public anger about drug pricing has intensified,” explained Sood, who said a huge part of the issue is the opaqueness of the drug supply chain. “I have studied the system along with colleagues nationwide but we still don’t have a complete picture of what’s going on. Meanwhile, manufacturers, insurers, PBMs and all the other actors in the system have put out public statements pointing fingers at each other, but not offering any price transparency in the system.” Sood is a professor of public policy at the USC Schaeffer Center for Health Policy & Economics and the Price School of Public Policy, where he is also Vice Dean for Research and Faculty Affairs.

With federal legislation in gridlock, states have passed dozens of laws touted as improving information and transparency that have gotten a lot of public attention.

Sood and Ryan identified 166 drug pricing bills enacted between 2015 and 2018. Of these, 35 bills in 22 states include a transparency component. In their analysis of these 35 bills, they looked at which player in the pharmaceutical distribution system is required to provide information, and whether or not this reveals previously unavailable information about profits or real transaction prices for supply chain participants.

In a corresponding white paper published by the USC Schaeffer Center that expands on the research letter, Ryan and Sood write, “Based on our review, the state legislation currently in place to provide greater transparency is insufficient to properly guide any targeted policy action necessary to identify and eliminate excess profits in the distribution system.”

Who are the players in the pharmaceutical distribution system? Prescription drugs, services, and dollars move among the pharmaceutical manufacturer, drug wholesaler, pharmacy benefit manager (PBM), health plan, retail pharmacy, and the patient. 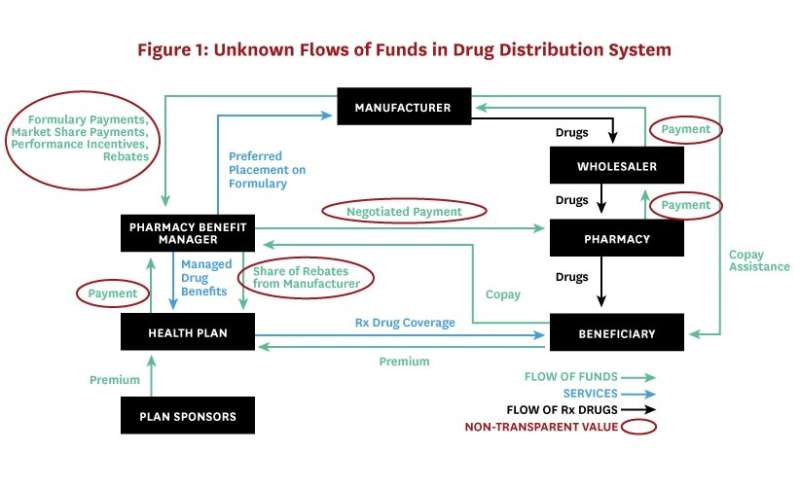 Above is a conceptual framework of pharmaceutical distribution in retail settings.

Throughout this system, there are many transactions that are opaque, explained Sood. In theory, policies aimed at improving transparency could provide this information so that we can better understand profits and real transaction prices (including any rebates or concessions made between parties) for all supply chain participants.

The authors analyzed and coded the language of the 35 bills that were passed that included a transparency component. They categorized these laws in two ways:

Of the 35 bills passed that included a transparency component, only seven laws, passed in six states, were deemed to be informative, according to their analysis:

No state targeted all five of the distribution entities and no state passed laws that together revealed true transaction prices or profits across the system. An interactive map and table developed by the researchers provides detailed information about the transparency laws analyzed.

The researchers note that while states seem to be leading the push in terms of policies passed, existing state and federal regulations may limit what state legislators can accomplish on their own. Added to that is the reality that acting on the information revealed through transparency regulation requires resources and capacity. For example, in Vermont, thousands of drugs have been identified that exceed thresholds set by a transparency bill signed into law in 2016. But only 10 of these drugs were selected for further investigation by the state board tasked with reviewing identified drugs.