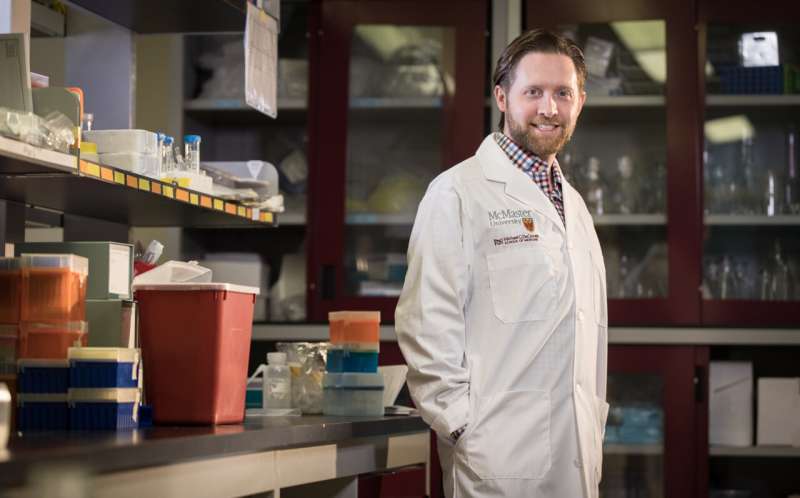 Researchers at McMaster University have found that children who receive years of season-specific flu vaccines develop antibodies that also provide broader protection against new strains, including those capable of causing pandemics.

The same ability does not exist in adults.

The findings, reported today in the journal Cell Reports Medicine, could inform the design of a universal influenza virus vaccine for children, who are especially vulnerable to serious complications from flu, such as pneumonia, dehydration and, in rare cases, death.

“Little is known about how seasonal flu vaccination impacts the immune responses in children, who are a major source of flu transmission and a very high-risk group,” explains Matthew Miller, lead author of the study and Associate Professor at the Michael G. DeGroote Institute for Infectious Diseases Research. “Understanding how seasonal vaccination and different vaccine formulations shape childhood immunity is critical for effective prevention.”

Children and adults are fundamentally different in their immune responses to influenza virus, explains Miller, whose lab is part of McMaster’s Global Nexus for Pandemics and Biological Threats. Unlike small children, most adults have been infected with and vaccinated against flu many times throughout their lives.

“When we give adults vaccines, they make a very specific immune response against seasonal strains,” says Miller. “Adults simply don’t generate immune responses to seasonal flu vaccines capable of protecting them from pandemic viruses like children can.”

The researchers spent three years studying immune responses in children between the ages of 6 months and 17 years. They found that as the children grew older, they became less capable of producing broadly protective antibodies, because of their repeated exposure to influenza, through infection or vaccination.

While COVID-19 related measures such as distancing and masking have also resulted in lower rates of influenza, Miller warns the flu will return, possibly in dangerous forms.

Influenza has caused five pandemics in the last 100 years. The Spanish Flu of 1918-19 killed roughly 50 million people worldwide at a time when the global population was about 1.8 billion—less than a quarter what it is today.

For the study, researchers also compared two forms of vaccine: the conventional flu shot and a nasal spray vaccine that works in the upper respiratory tract, where infection first takes hold.

Both worked equally well at generating broadly protective antibodies, which is welcome news for parents seeking a painless alternative to needles.