Age spares no mercy on the eyes but getting older is not the only cause of vision loss. Age-related macular degeneration (AMD), is a “leading” cause of vision for older adults, explains the National Eye Institute (NEI). Research suggests people at risk of AMD should be ware of the refined carb intake.

Refined carbohydrates, also known as “simple” carbs, refer to sugars (e.g. glucose, fructose, sucrose) or anything made from grains which have had the fibrous wheat germ and bran removed.

The study, published in the American Journal of Clinical Nutrition, involved 3,977 participants aged 55 to 80 from the Age-Related Eye Disease Study – a major research program to improve our understanding of the predisposing factors, clinical course, and prognostic factors of AMD and cataract.

Overall, the study found those consuming the highest amount of refined carbs were at a higher risk of developing AMD than those who consumed the least amount.

“Persons at risk of AMD progression, especially those at high risk of advanced AMD, may benefit from consuming a smaller amount of refined carbohydrates,” the study researchers concluded. 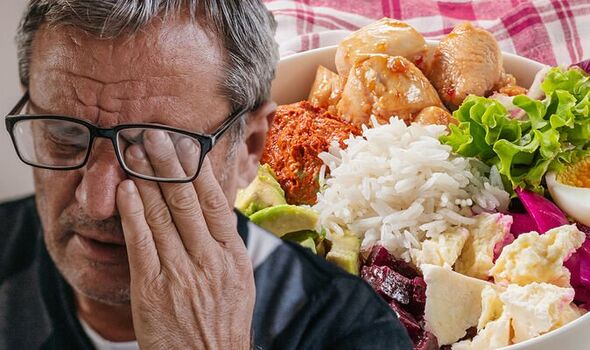 The effect is thought to be attributed to the high glycaemic content of refined carbs.

Population studies have found that a high glycaemic diet is associated with AMD onset and progress.

The GI is a system for listing foods according to how quickly they increase the level of sugar in your blood.

Refined carbs, such as white bread, have a higher GI ranking and are therefore broken faster, which subsequently causes blood sugar levels to rise more quickly.

Carbs with a low glycaemic load, such as whole-grain bread, take longer to digest, which has a more moderate impact on blood sugar levels.

A team led by Doctor Allen Taylor and Doctor Sheldon Rowan of Tufts University explored the impact of dietary carbohydrates on retinal damage, a sign of AMD.

The team hypothesised that switching middle-aged mice from a high glycemic diet to a low glycemic diet would delay or stop retinal damage. 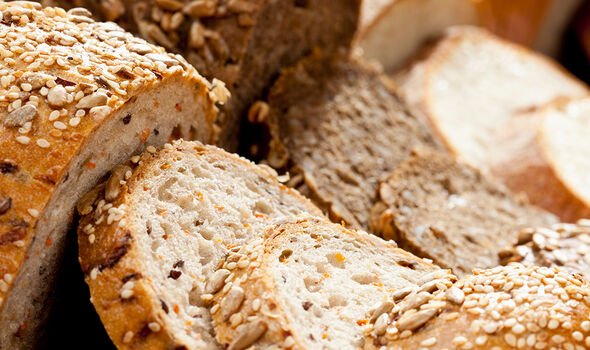 During the study, published in the Proceedings of the National Academy of Sciences, the team fed groups of mice the same number of calories but varied the type of carbohydrate.

They fed 19 mice a low glycaemic diet and 40 mice a high glycaemic diet. Six months later, 17 mice were switched from the high to the low glycemic diet.

Six months after that, the researchers analysed differences in the three groups of mice, which by then had reached old age.

Mice fed a high glycaemic diet developed signs of retinal damage. Although the retina of a mouse lacks a macula, these signs were similar to those in people with dry AMD. Certain metabolic changes, such as high levels of cholesterol and insulin, were linked to retinal damage. 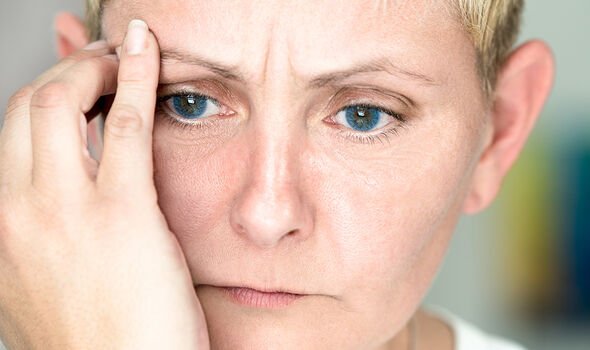 The mice also had different bacteria in their gut microbiomes. Confirming previous mouse studies, the team did not observe significant retinal changes in mice fed the low glycemic diet.

When the mice were switched from a high to low glycaemic diet, the build-up of certain harmful metabolic factors in eye tissue were delayed, stopped, or even reversed.

The diet switch also stopped or reversed signs of AMD. Gut microbiomes in the mice were restored to that of mice fed a low glycaemic diet.

“Our findings show an interaction between dietary carbohydrates, the gut microbiome, specific biochemical molecules, and AMD features. This work should lead to new approaches to understand, diagnose, and treat early AMD—perhaps before it affects vision,” Taylor explained at the time of publication.