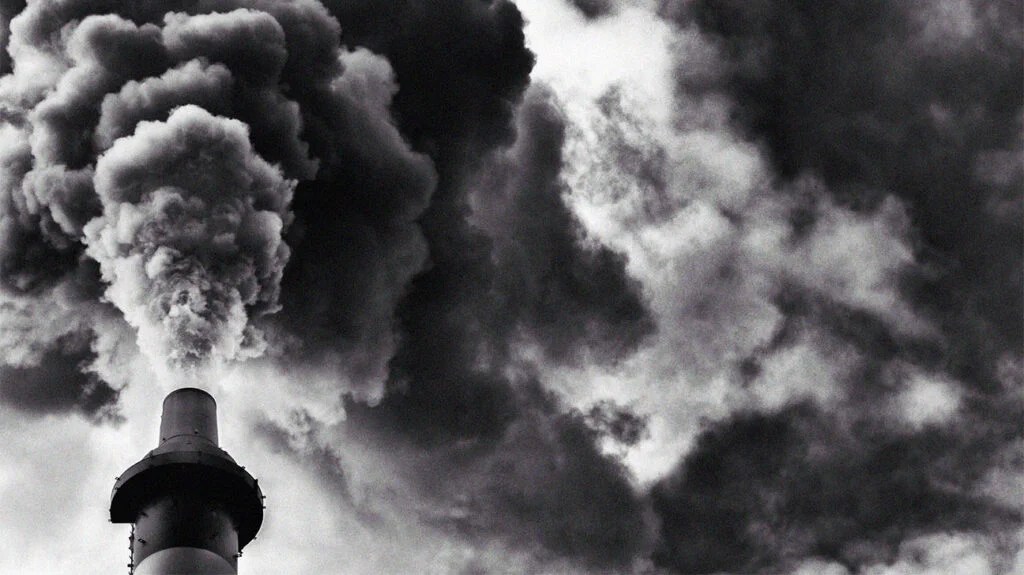 Burning fewer fossil fuels may benefit the human heart as well as the Earth’s climate, according to a new study.

As delegates return from the COP26 climate change conference in Glasgow, the 2021 virtual conference of the American Heart Association (AHA) will be getting underway.

At the conference, scientists will present preliminary evidence that reduced air pollution in the U.S. resulting from 2020 COVID-19 lockdowns correlated with a lower incidence of heart attacks.

The researchers took advantage of the “natural experiment” provided by shelter in place orders in March 2020 to investigate the effects of reduced airborne concentrations of PM2.5. This term refers to particulate matter under 2.5 micrometers in diameter.

These minuscule particles, which are released through the burning of fossil fuels in motor vehicles, factories, and power plants, can penetrate deep into the lungs and cardiovascular system.

High airborne levels of PM2.5 are an established risk factor for the most severe form of heart attack, known as an ST-elevation myocardial infarction (STEMI).

A STEMI involves a total blockage of the coronary artery that interrupts the supply of blood to the heart muscle, which can cause extensive damage to the tissue.

There has been little direct evidence, however, that lowering PM2.5 levels can reduce the incidence of these severe heart attacks.

Scientists at the University of California, San Francisco (UCSF) used the National Emergency Medical Services Information System database to find out the daily incidence of STEMIs between January 1, 2019, and April 30, 2020.

They gleaned average daily PM2.5 concentrations across the U.S. from the website of the Environmental Protection Agency.

During this period, there were 60,722 STEMIs. The scientists found that for every 10 micrograms per cubic meter reduction in the concentration of PM2.5, there were 6% fewer of these severe heart attacks.

This is equivalent to 374 fewer heart attacks for every 10,000 person-years.

An abstract of the study paper, which has yet to be published, will be presented at the virtual AHA conference.

“While more pollution is known to increase STEMI risk, this demonstration of the reciprocal relationship provides the most direct evidence that efforts to reduce ambient pollution can prevent the most severe forms of myocardial infarctions.”

The research was led by Sidney Aung, a fourth-year medical student at UCSF.

“This study highlights the importance of reducing air pollution, which could, in turn, prevent heart attacks,” Aung says.

“We also hope our study may influence other investigators to pursue similar research to corroborate these results or to investigate other forms of air pollutants outside of [PM2.5] that may have also declined during the pandemic lockdowns,” he adds.

Aung told Medical News Today that other factors may have contributed to the reduced incidence of heart attacks during lockdowns. However, earlier studies support the finding that lower exposure to outdoor air pollution plays a major role, he said.

“There is a possibility that other factors related to the COVID-19 pandemic and shelter in place orders, such as staying indoors and reduced stress, may have contributed to the observed decline in heart attacks, in addition to reduction in [PM2.5],” Aung said.

“However, given the previous studies that have linked increased PM2.5 to increased heart attacks, we believe that a reduction in [PM2.5] likely plays a large component in the observed reduction of heart attacks in our study,” he noted.

According to the AHA, the acute effects of air pollution tend to affect older people and people with heart disease.

Short-term exposure to airborne pollution not only increases the risk of heart attacks but also strokes, arrhythmias, and heart failure.

Research from 2020 found that high concentrations of fine particulate matter in the atmosphere may even increase the rate of hospital admissions for Parkinson’s disease and dementia.

Long-term exposure can facilitate the development and progression of atherosclerosis, or narrowing of the arteries, high blood pressure, heart failure, and diabetes.

A study published in 2016 linked concentrations of PM2.5 and nitrogen oxides in the air to the hardening of arteries among people living in metropolitan areas.

The study was led by Dr. Joel D. Kaufman, a physician and epidemiologist at the University of Washington, in Seattle.

“There is extensive research suggesting that exposure to air pollutants, ozone, and traffic-related pollutants is associated with increased extent of atherosclerosis and increased underlying risk of heart attack and stroke,” says Dr. Kaufman, who was not involved in the new research.

Dr. Kaufman told MNT that a reduction in nitrogen oxides is likely to have a similar effect on the incidence of myocardial infarctions (MIs), though more research is needed.

“PM2.5 has been consistently observed to have an effect on increased MI risk. In addition, [nitrogen dioxide (NO2)] is often observed to have this relationship with MI risk, but it is not known whether this is due to NO2 or something else in the traffic-related air pollution mixture.”

Dr. Kaufman added that the burning of fossil fuels for heating, for example, likely did not change during pandemic lockdowns, and wildfires probably resulted in increased pollution in some areas.

“While worldwide pollution levels did tend to come down during the pandemic, this is probably most dramatic for transportation-related pollution, which is only part of the story,” he said.

The 2020 World Air Quality Report found that despite reduced emissions from motor vehicles, which are a leading source of PM2.5, average air pollution across the U.S. was actually higher in 2020 than in 2018 or 2019.

An overview of the report states:

“A record-breaking wildfire season resulted in elevated summer and autumn air pollution levels in most U.S. cities. During September 2020, U.S. cities comprised 77 of the world’s top 100 most polluted cities for PM2.5 by monthly average.”