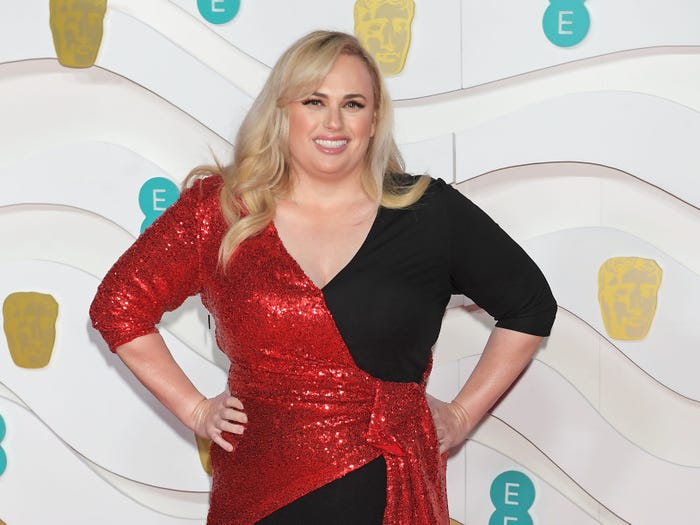 "I had a lot of what's called Candida in my gut, which loves the sugar, makes me crave the sugar and I had a lot of that, so I had to try to get rid of that, 'cause there's nothing worse than trying to be healthy and feeling, like, starving all the time. That's what that pesky Candida does," Wilson said in the Instagram Live post.

She also said that her comments about the Candida cleanse aren't based on data, but on her individual diet journey.

"Just know, I'm not a medical professional, I can only talk from my own personal experience," Wilson said. "Like anything, there's no right way to do things and no one person that has all the answers."

There's no evidence to suggest yeast overgrowth can cause those types of symptoms, according to experts, or that a detox can help.

Gut microbes are normal — you don't need to 'cleanse' them

"Candida" refers to several species of yeast or fungus that naturally occur in and around the human body, most often without causing any health issues, according to the Centers for Disease Control and Prevention.

Some types of Candida can cause deadly infections is people with weakened immune systems. And too much Candida in the gut can indeed aggravate existing chronic illnesses, especially digestive or immune diseases.

More commonly, it can cause milder ailments such as red, sore rashes in the mouth (known as thrush) or genitals (known as a yeast infection).

Health gurus and diet peddlers, however, claim Candida is a common cause of a huge variety of symptoms, from fatigue and bloating to brain fog, depression, and anxiety.

But there's little evidence to show that's the case, and Candida is rarely an issue for otherwise healthy people, according to the Mayo Clinic.

Limiting sugar and processed foods might benefit health, but not for yeast-related reasons

There's even less data that any common remedies — such as sugar detoxes, special diets, or supplements — can fix health issues by reducing yeast.

Research has found even huge amounts of sugar don't seem to affect the amount of Candida present in healthy people. And some studies have shown that diets to 'cleanse' Candida don't seem to alleviate symptoms like fatigue.

These detox diets may appear to work for other reasons — cutting down on processed foods in general and sugar specifically can have major benefits for health and weight loss.

That's not because of any special "cleansing" powers or a reduction of fungus, according to experts. It's because when you're on a diet like this, you're likely to be replacing junk food with more nutritious alternatives, such as vegetables, healthy fats, and proteins.

These can boost weight loss efforts and also alleviate some symptoms like grogginess and fatigue by stabilizing blood sugar levels, since refined sugars are linked to spikes and dips in energy levels.

"Cutting out added sugar is a wise weight loss strategy, cutting out a source of calories without nutrients that don't tend to be very filling," Sue Heikkinen, head registered dietitian for the calorie tracking app MyNetDiary, previously told Insider.

Cutting out food groups can be counterproductive for digestive health

Some of the advice found on a Candida detox diet can also be harmful for your gut microbiome, the beneficial bacteria that live in your digestive system. A healthy microbiome is important for physical, mental, and cognitive well-being, and there's research that eating a wide variety of foods can help promote good gut bacteria.

For instance, many versions of the cleanse recommend not eating fermented foods, such as yogurt, kimchi, miso, and tempeh. But these foods are considered to be probiotic, meaning they help contribute to the beneficial microbes in our digestive systems.

It's also common for people to detox by cutting out gluten, dairy, or coffee. According to dietitians, there are no proven benefits to eliminating these foods from your diet, and coffee can in fact be good for you.

Ultimately, if you're worried about a health issue related to your diet, your best bet is to consult an expert, rather than cutting out carbs, fermented foods, and other potentially healthy choices from your diet, according to registered dietitian Abbey Sharp.

"If you suspect you may be suffering from candida overgrowth, consult your doctor to discuss your symptoms and options," Sharp wrote on her blog. "Do not rely on internet 'expert' blogs (not even mine!) to tell you what your symptoms mean, or what you should do about them."

Rebel Wilson reportedly used the Mayr Method to lose weight. Here's what to know about the diet and its effectiveness.

A low-fat, high-carb vegan diet could speed up your metabolism and boost weight loss, a new study says

People who eat the same thing every day can miss out on essential nutrients. Here's how to avoid that, even if you are really busy.