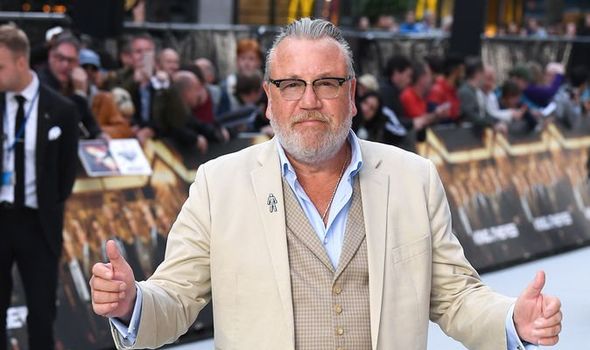 The meet-up was the idea of Gary’s sister, whose instincts that “they were similar, for some reason” proved to be spot on. Over a decade later Ray and Gary, a financial futures broker from Loughton in Essex, have enjoyed days on the terraces and at the race track, long lunches, nights on the town and family holidays. They’ve even set up a sports management business together.

“Honest to God, he’s become one of my closest friends,” says Ray, 64. “Not just because of his bubbliness, it’s an education to be around him.”

The banter between them is constant, “like Morecambe and Wise”. But eight years ago, when Gary, 51, called Ray to say he’d been diagnosed with prostate cancer, Ray, for once, found himself at a loss for words.

“My first reaction was the same as anyone would have,” he remembers. “You think, ‘What do you say to someone who’s just been diagnosed with cancer?'” Gary’s father had been treated for prostate cancer at 53, his uncle died from it and his family has been “ravaged” by cancer.

Ray was devastated when he lost his mum, Margaret, to bowel cancer when she was 54 and he was 28.

But in spite of their family histories, neither man knew much about prostate cancer when Gary was diagnosed at 43.

He had no symptoms but warning signs were picked up in a PSA blood test as part of a routine medical when he was moving firms.

Biopsies confirmed the diagnosis and Gary underwent hours of robotic surgery. He also had a sling fitted to support his bladder and, after a “long road back” is now medication free and feeling well. Gary’s openness, says Ray, allowed him to help his friend through treatment and educate himself.

“He’s always spoken very openly about it – he announced it to his whole office! There was no way I was going to start joking about this very serious complaint, but his reaction allowed me to say all the things I wanted to say.

“I could open up, really talk to him about it and actually find out a little bit more about the disease. It made it all much easier.”

Speaking openly about what can be seen as an embarrassing or taboo subject is something that Ray and Gary believe can save lives.

Because to do your organs, don’talk “It’s about catching it early, that’s the crux of it,” Ray says. “We want to make men realise you can talk about it, that it’s not an embarrassing thing.

Even after the shock of Gary’s diagnosis, however, neither man overhauled their lifestyle straightaway.

“Even when you get news like that, you still feel you’re immortal, in a way,” Ray says.

Instead, it was the arrival of the next generation that slowed them down.

Ray’s first grandchild, daughter Jaime’s son Ray, named after his grandad and now five, was born in 2016. Gary and wife Kelly, already parents to Grady, now 21, and Casey, 18, stored sperm before his treatment and were able to have ‘miracle baby’ Teddy, now four.

“It dawned on me when I had a grandchild that I want to see him grow up,” says Ray. “All of a sudden we’ve got this little man come along and I want to be there. I want to see him in his teens, have a family of his own if possible. That made me think about it more than anything else. I get tested for prostate cancer once a year, and if I go for a job and there’s a medical, I’ll ask them to check it.”

Checking for testicular cancer, too, is important. “Well I do that quite regular, actually,” says Ray, chuckling.

He welcomes a shift towards healthier lifestyles. The days of people disappearing off to bars (now shut) at Pinewood and other studios are over, he says. “It’s probably a good thing.”

You may not catch Ray ordering a kale smoothie, but he is looking to get to the gym more as Covid restrictions ease. “I’m genuinely overweight. I love to drink, I like to eat and I like to enjoy myself. So it’s not that I’m in the gym every two minutes but now that I do want to get in there I can’t, because I injured my back about two or three years ago and then there’s been Covid. So I haven’t been able to get the treatment I want. I have to do it myself.”

He and Gary want men of all ages to know that staying alert to the risk of prostate cancer is an important part of staying well.

“I’ve seen a very good friend of mine survive this disease and it’s important that other men, including myself, are aware of it,” says Ray. “If I was diagnosed, I’d be absolutely gutted to have prostate cancer, of course I would. But I’d look at Gary and think, there is hope.”