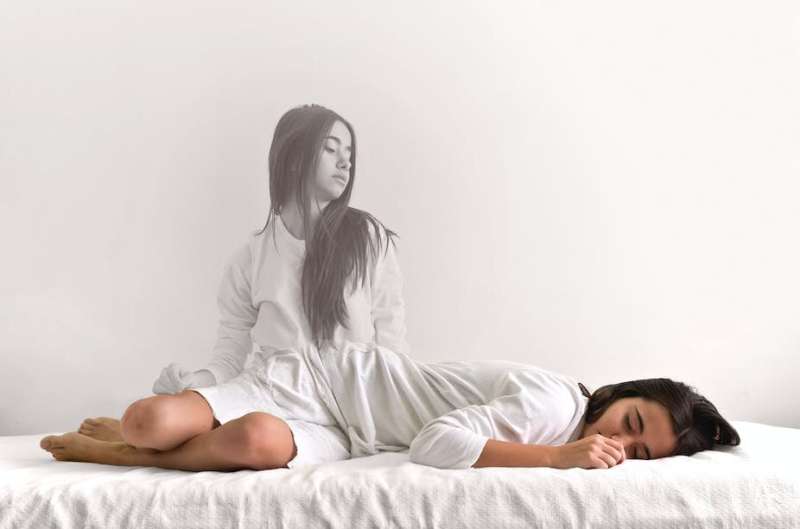 Occasionally, people who suffer intense turmoil and trauma undergo a profound change. They feel a new sense of well-being, purpose and appreciation of life. Their relationships become more authentic and intimate. They feel as if they’ve woken up and are living in a more intense way.

In my recent book “Extraordinary Awakenings,” I show that transformation often follows bereavement, cancer diagnosis, a period of depression or addiction or time in prison. However, I’ve found the most transformational event human beings can have is a near-death experience (NDE), when a person either comes extremely close to death or dies for a short time.

I was fascinated to read a recent new study, comparing the transformational effects of NDEs and psychedelics, conducted by researchers at John Hopkins University School of Medicine in the US.

The study analyzed the experiences of more than 3,000 people who reported changes in their attitude to death after either a psychedelic experience or an NDE. Four psychedelic substances were examined, including psilocybin (the active ingredient in magic mushrooms) and ayahuasca, a South American brew which contains the natural hallucinogen DMT.

In the study, people described both drug and NDE experiences that brought a more positive attitude to death, with less fear. People reported significant increases in psychological insight, welfare and meaning in their lives.

The study found some differences between different psychedelics. Compared to people who took psilocybin or LSD, those who took ayahuasca or DMT reported longer-lasting and more positive effects.

Participants described both types of experience as spiritual or mystical, featuring a sense of oneness, transcendence, sacredness and awe. These elements were stronger in psychedelic experiences. However, people who had NDEs were more likely to report the event as “the single most meaningful, spiritually significant, insightful and challenging experience of their lives.”

NDEs and psychedelic experiences have some very different characteristics. Common elements of NDEs include traveling through darkness towards a light (or a transcendent place), reaching a border or point of no return, encountering deceased relatives or a life review. But these don’t feature in psychedelic trips.

So it might seem strange that they have similar transformative effects.

But both types of experiences take us beyond the limitations of our familiar awareness. Our regular state is to see the world through a filter of thoughts, with a never-ending stream of associations passing through our minds.

Our everyday surroundings seem familiar and mundane. We have a sense of living in duality to the world, inside our minds and bodies with the rest of the world “out there.”

In NDEs and psychedelics, the world becomes a different place. There is a sense of unity and harmony which feels like a natural quality of the world somehow edited out of our normal awareness. This heightened awareness has a revelatory quality. Although many psychedelic experiences have hallucinatory elements, in this sense, the experiences are actually a glimpse into a deeper reality.

NDEs involve a close encounter with death, which makes us aware of the preciousness of life. Many people who have NDEs feel that they actually have died for a short time. This is probably why the study found that NDEs were more transformational than psychedelic experiences.

What is a near-death experience?

In many near-death experiences a person briefly dies in a clinical sense. For instance, after cardiac arrest the brain and body may shut down for a short period before being resuscitated. In many cases of cardiac arrest (around 20%, according to some studies) people report that even though their brain showed no signs of activity, they had a remarkable series of experiences.

Typically, they report leaving their body and looking down from above (sometimes describing medical procedures in detail), then floating away into space. They may see a review of their whole lives, flashing by in the space of a few seconds.

Although NDEs only last for a few minutes (at the most), they almost always have a transformational effect (psychedelic experiences usually last much longer, up to several hours). People undergo a major shift in perspective and values.

They become less materialistic and more altruistic. They feel more connected to nature, with more love and compassion for others. They have a heightened sense of beauty, and often relish solitude and inactivity in a way that they had never done before.

There have been many attempts to rationalize NDEs as a hallucination caused by unusual brain activity, but to date no satisfactory explanation has emerged. In my view, the fact that the experiences almost always bring a powerful and permanent transformation strongly suggests that they are not a hallucination. Surely they wouldn’t have such a powerful effect if they were illusions.

A 2012 paper examined the similarities between NDEs and DMT and found that permanent change was much less common following DMT. The effect of psychedelics depends on context, and the person’s intention and psychological traits. Psychedelics are more likely to be transformational if they are approached in a spiritual context as opposed to casual use. Recent research also suggests that psychedelics can help to alleviate depression and anxiety and lead to increased emotional well-being.