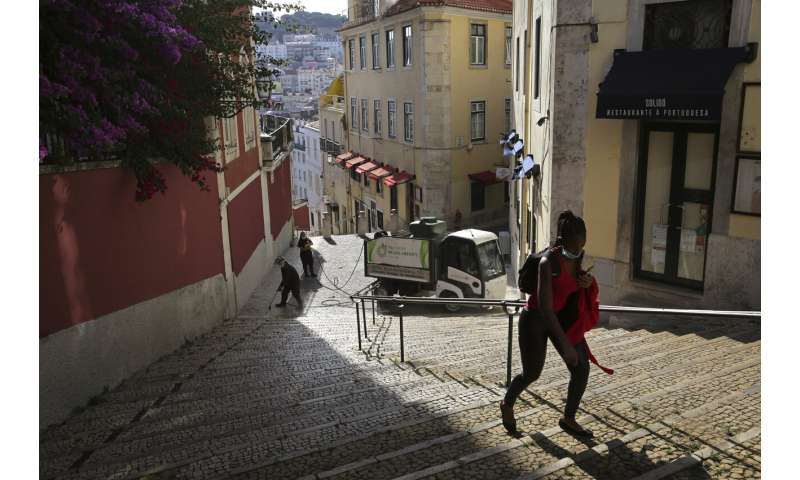 At the Bairro do Zambujal housing project on the outskirts of Lisbon, the behavior of residents offers clues to why this part of Portugal has become a hot spot for new COVID-19 cases and how government efforts to stamp out the new coronavirus are being frustrated.

A lot of people in the project that houses about 6,000 people disregard the recommendation from authorities to wear masks, says Maria Felicidade Nunes, president of the local residents’ association.

Some local stores don’t heed rules on how many customers can be inside at one time. Young people huddle in large groups at local cafes, she says.

“Some people are OK with the rules, but others just don’t accept them,” Nunes told The Associated Press.

The four- and five-story apartment blocks that make up Bairro do Zambujal provide low-cost housing for low-income families. They commonly house large families who escape their homes to hang out with local friends and relations.

The project lies in the Amadora district, about 10 kilometers (6 miles) from downtown Lisbon. It is one of five outlying zones in the Lisbon metropolitan area where the number of new virus cases has continued to climb while other parts of Portugal and Europe have seen theirs go down in recent weeks.

For Portugal, the spate of new infections is the elephant in the room as the government touts the country as a safe place for lockdown-weary Europeans to visit. 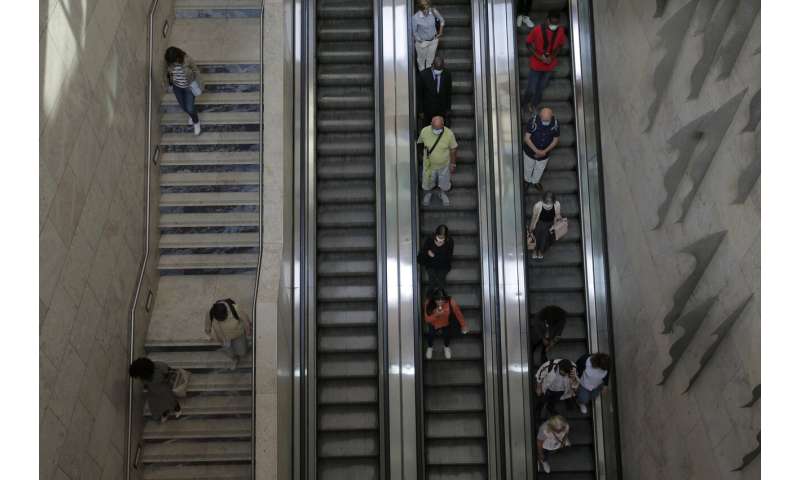 By moving quickly during the pandemic’s early days, Portugal avoided the exponential rates of infections and deaths reported by other European Union countries, including neighboring Spain.

But since emerging on May 2 from a state of emergency and 45-day lockdown, the country has recorded an average of 275 new cases a day. On Thursday, it reported 311—222 of them in the Lisbon metropolitan area.

The tally has shot the country of 10.3 million people to a place among the European countries with the most new infections. It has an overall incidence rate of 390 per 100,000 inhabitants.

“It’s not a cause for alarm, but it’s obviously something to be concerned about,” said Dr. Ricardo Mexia, president of Portugal’s National Association of Public Health Doctors.

“Some Lisbon hospitals are close to capacity,” Mexia told the AP, noting that outside the Lisbon region there are plenty of available hospital beds. 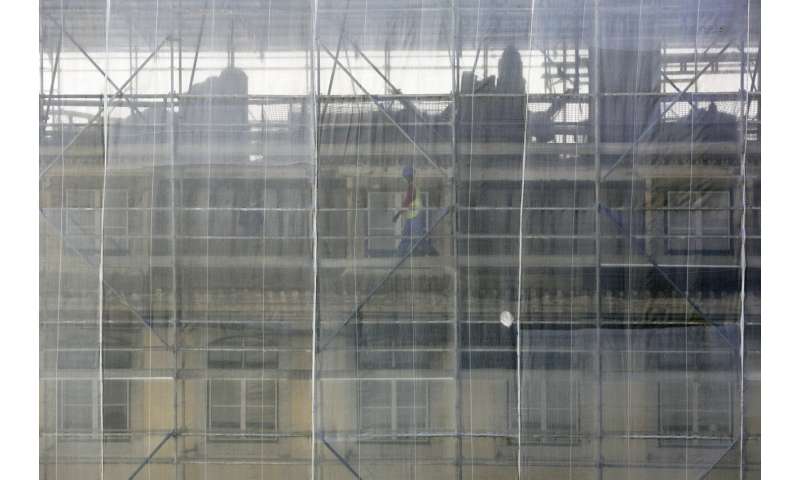 On average, around 70%-80% of the new confirmed cases reported daily are being detected in satellite towns, like Amadora, surrounding the Portuguese capital. Experts say a significant number of new infections are being discovered among low-income families.

Some men kept working in construction and women used public transportation to reach jobs in the service industry even during the lockdown. They often can’t afford to stop working because they don’t have contracts and won’t get paid if they don’t turn up.

Health authorities have also identified nursing homes as incubators for outbreaks, largely due to staff bringing in the virus, as well as impromptu night-time gatherings of young people in parks and on beaches.

Frustrated at being unable to extinguish the hot spots through aggressive testing, tracing and isolation, the Portuguese government on Thursday stepped up its response, reintroducing restrictions in 19 of the 118 parishes in the Lisbon metropolitan area identified as problematic. They are among the most densely populated parts of the metropolitan area, which encompasses almost 3 million people.

A five-person limit on gatherings is being brought back in those parishes from July 1, and inhabitants can leave home only to go to work, shop, practice sports or help needy family members. Stores will have to close at 8 p.m.. 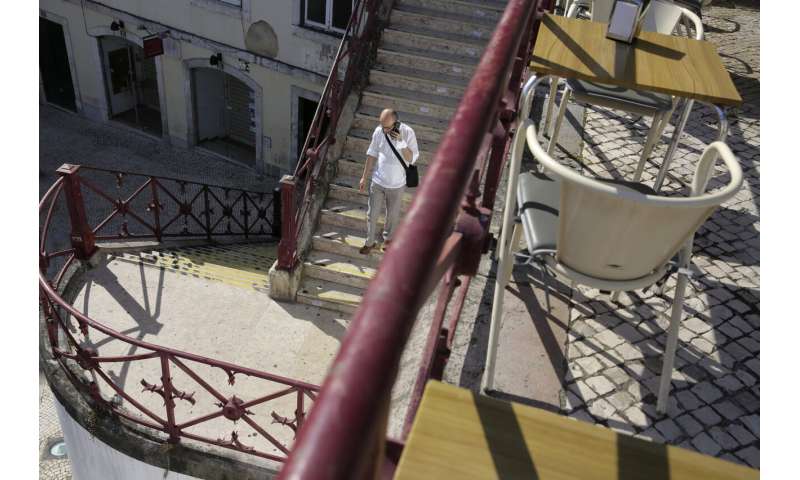 Consuming alcohol outdoors is banned along with the sale of alcohol at gas stations, where young people often buy. More police are to patrol the streets and ensure that people wear masks inside stores. People gathering in groups of more than five face individual fines of up to 500 euros ($560).

The government argues that the relatively high number of new cases being discovered is due to its testing effort, with an average of 98,000 tests performed a week, and rejects suggestions that the outbreak is running out of control. Officials also note in Portugal’s defense that its COVID-19 mortality rate is relatively low, in European Union terms, at 149 per million inhabitants.

Furthermore, the government points out that the country’s hospitalization rate for the coronavirus, at 2.9% of those infected, means that the public health service has coped with the outbreak. Overall, Portugal has reported just over 40,400 confirmed cases and 1,524 deaths.

But for Mexia, the doctors’ association president, the fault lies in authorities’ “excessive confidence” after Portugal avoided a dramatic number of cases in March and April. That overconfidence, he says, led to inadequate planning for anticipated outbreaks, including not having enough qualified workers to run contact tracing.

A lot is riding on whether authorities can now make up for lost time and get a grip on the resurgence. Portugal’s economy is heavily dependent on tourism, and the government has marketed the country as open for business. 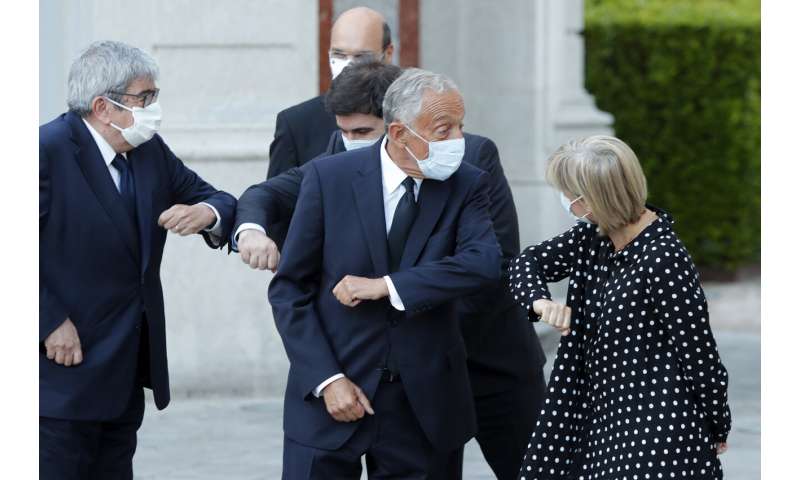 Many hotels along the Algarve coast’s alluring beaches sport a government-sponsored “Clean&Safe” seal to reassure tourists. Officials trumpeted the recent selection of Lisbon to host the finals of European soccer’s elite tournament in August as a vote of confidence in Portugal—evidence, Prime Minister Antonio Costa said, that “Portugal is a safe destination.”