Hay fever season runs between March and September when the pollen count is at its highest. An estimated one in five people in the UK suffer from hay fever symptoms such as itchy eyes, a runny nose, sneezing, headaches and tiredness. The Met Office has warned pollen levels will soar this weekend to “very high” as temperatures rise and the grass season peaks. The weather agency produces five-day forecasts with help from the National Poll and Agrobiological Unit, and Pollen UK.

Asthmatics and people with breathing conditions are warned to take extra care with “very high” pollen particles threatening to fill the air this weekend.

Hay-fever sufferers could be facing weeks of misery with more hot weather expected to keep pollen levels high through the weekend .

How high is the pollen count today?

The pollen count for Saturday is very high in areas including London, south east, south west, east England, Wales, West and East Midlands, North East and West England and Yorkshire and Humber and the south east of England, and in Wales.

North England, Northern Ireland and Scotland will have mild to high levels of pollen. By the start of next week, those extremely high levels will be less throughout the UK. 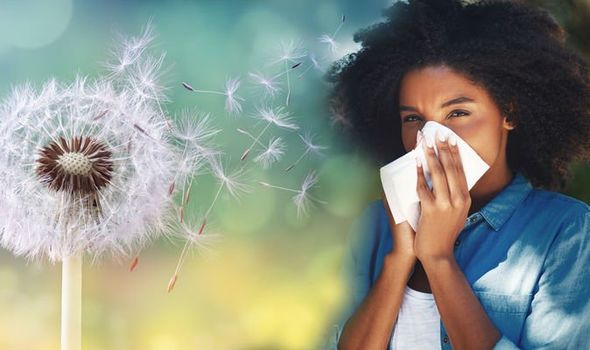 With grass pollen levels expected to rise as temperatures climb, it could spell misery forpeople whose asthma is triggered by hay fever.

Anyone can develop hay fever at any age, although it commonly starts in the young.

Colette Harris, head of health advice at Asthma UK, said: “With grass pollen levels expected to rise as temperatures climb, it could spell misery for people whose asthma is triggered by hay fever.

“Pollen in the air sets off the allergic reaction that can inflame people’s airways, triggering asthma symptoms such as wheezing, coughing and at worst triggering a life-threatening asthma attack.

“If you have asthma and are already noticing more asthma symptoms because of hay fever, such as coughing, a tight chest or breathlessness, make sure you keep your blue reliever inhaler with you at all times.”

Unfortunately, there is no cure for the inflammation, which is caused by an allergic reaction to pollen particles in the air. 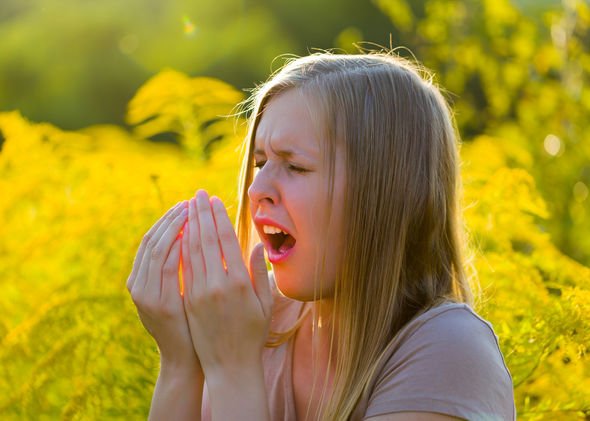 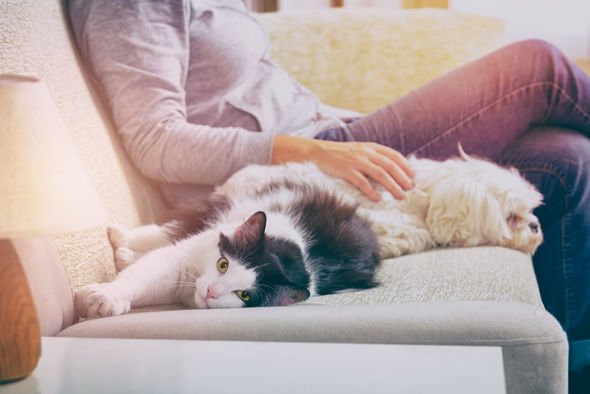 You should see your GP or pharmacist to help determine whether treatments are necessary, such as prescription or non prescription antihistamines.