The pollen count has been forecast by the Met Office and the map indicates it could be very high in South East England, triggering some hay fever symptoms for some. The pollen count is set to increase in other parts of England throughout the week, with some areas experiencing very high levels. Pollen count readings are the best way for hay fever sufferers to know whether they’re at risk of symptoms. Around 20 per cent of all people in the UK have hay fever, which makes them more susceptible during pollen count spikes. What are the best tips to help with hay fever?

Pollen count is a measurement of how much pollen is in the air and the count represents the concentration of all the pollen in the air in a certain area at a specific time.

It’s expressed in grains of pollen per cubic meter over a 24 hour period.

As pollen is so small and light, they are able to travel through the air easily and make their way into a persons lungs via their nose and mouth.

It’s estimated that hay fever affects around 13 million people in the UK and hay fever is one of the most common allergies. Any person can develop hay fever at any age, although it usually starts when a person is young.

The complications of hay fever include having a reduced quality of life, having poor sleep, worsening asthma, sinusitis and possibly an ear infection. The NHS said: “Hay fever is usually worse between late March and September, especially when it’s warm, humid and windy. This is when the pollen count is at its highest.

“There is currently no cure for hay fever and you can’t prevent it. But you do things to ease your symptoms when the pollen count is high.” 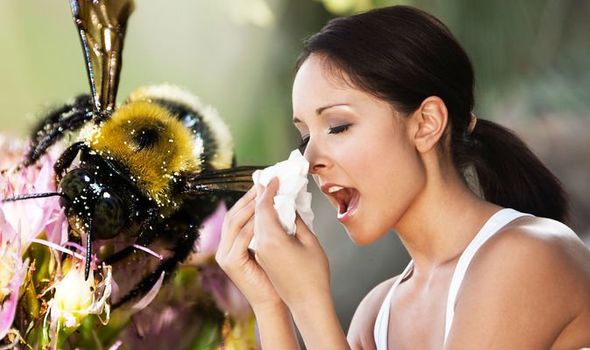 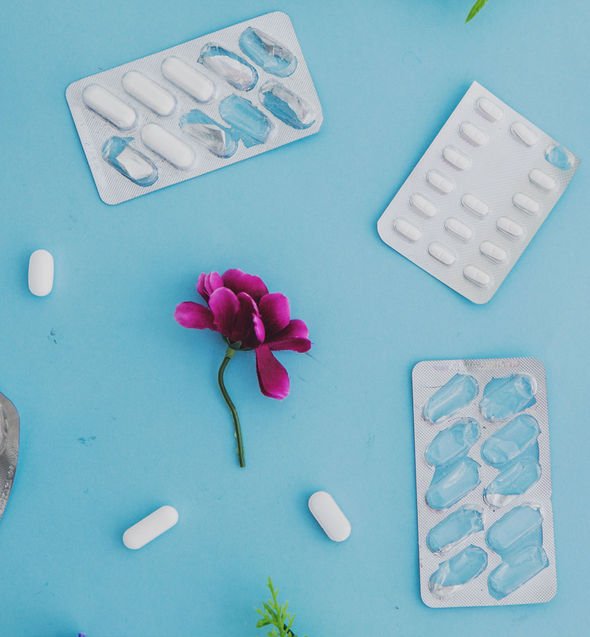 Eating certain foods can help prevent the symptoms of hay fever. Eating a very hot curry will help reduce inflammation caused by the enzyme phospholipase A2. The capsaicin in chillies helps open up the nasal passages and relieves the bunged up feeling.

Salads with capers, red onions or watercress have high amounts of the natural anti-histamine quercetin which help reduce hay fever symptoms by blocking the effects of histamines.

Fish are rich in Omega-3 fatty acids in oily fish are anti-inflammatory help ease the symptoms of hay fever. Salmon, mackerel, tuna and sardines are excellent sources of Omega-3 and experts recommend three portions a week.

Chamomile tea has a natural antihistamine and anti-inflammatory which will help reduce the symptoms of hay fever. 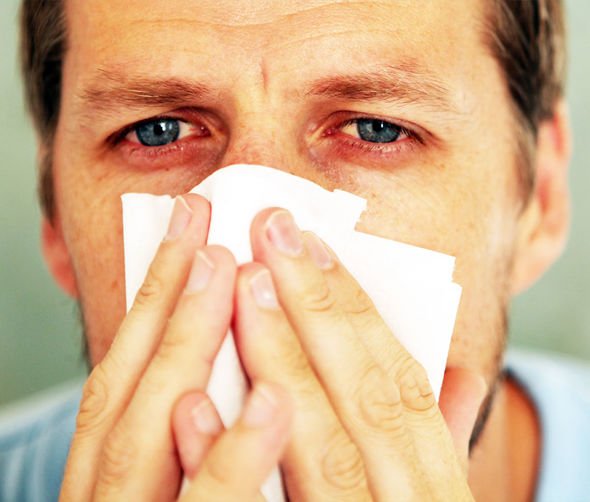 Other ways to help with hay fever:

Give your coat or jacket a shake when indoors

Allergy UK said: “Hay fever is often perceived as trivial but the reality is very different for people living with this type of allergy. Hay fever can impact on all aspects of daily life and persist for months at a time. If you are struggling to cope with hay fever symptoms despite following the guidance, please speak to your GP about other forms of treatment.”