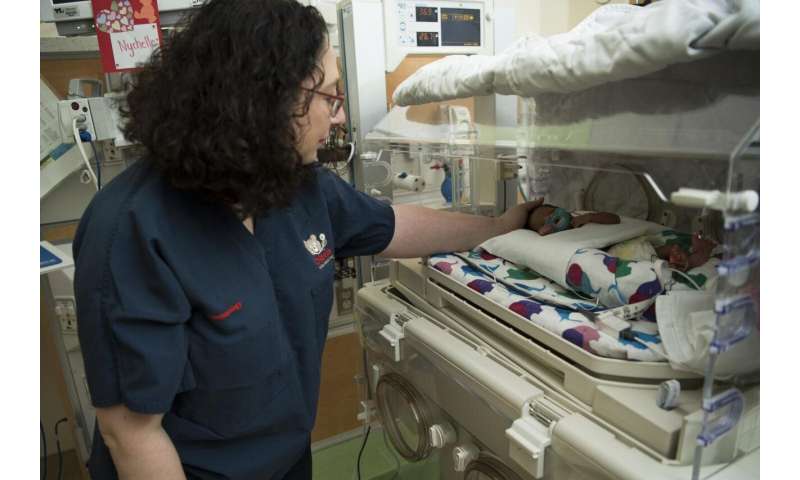 Allopregnanolone (ALLO), a hormone made by the placenta late in pregnancy, is such a potent neurosteroid that disrupting its steady supply to the developing fetus can leave it vulnerable to brain injuries associated with autism spectrum disorder (ASD), according to Children’s research presented during the Pediatric Academic Societies 2019 Annual Meeting.

In order to more effectively treat vulnerable babies, the Children’s research team first had to tease out what goes wrong in the careful choreography that is pregnancy. According to the Centers for Disease Control and Prevention, about 1 in 10 babies is born preterm, before 37 weeks of gestation. Premature birth is a major risk factor for ASD.

The placenta is an essential and understudied organ that is shared by the developing fetus and the pregnant mother, delivering oxygen, glucose and nutrients and ferrying out waste products. The placenta also delivers ALLO, a progesterone derivative, needed to ready the developing fetal brain for life outside the womb.

ALLO ramps up late in gestation. When babies are born prematurely, their supply of ALLO stops abruptly. That occurs at the same time the cerebellum—a brain region essential for motor coordination, posture, balance and social cognition- typically undergoes a dramatic growth spurt.

The research team created a novel experimental model in which the gene encoding the enzyme responsible for producing ALLO is deleted in the placenta. They compared these preclinical models with a control group and performed whole brain imaging and RNAseq gene expression analyses for both groups.

ALLO binds to specific GABA receptors, which control most inhibitory signaling in the nervous system.