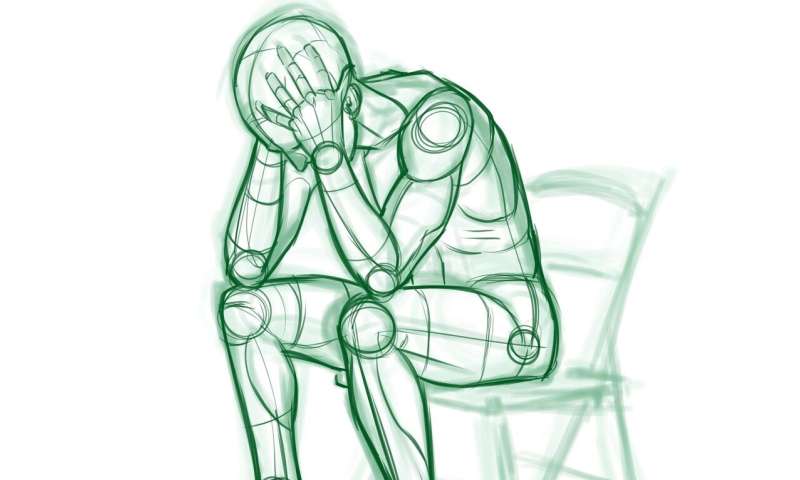 Patients with a first-time depression diagnosis have an increased risk of the disease worsening and requiring hospitalization, if they have previously been treated for a physical disease at a hospital. This is shown by research from iPSYCH.

“This may possibly be explained by a large number of physical diseases at a relatively young age being psychologically stressful, whereas having several diseases is ‘to be expected’ when you’re older,” says Ole Köhler-Forsberg, who is behind the study.

The researchers also found that patients who were treated for a physical disease or who rededemed a prescription for medicine for physical diseases in the year before their depression, had a reduced risk of being hospitalized with depression.

“This may mean that the treatment of physical diseases can also have a better effect on the course of a depression, but it may also be explained by the fact that the patient is better at following their antidepressant treatment or that their own doctor is already more aware of the patient,” explains Christiane Gasse, who also contributed to the study.

The study is the first to examine the correlation in a whole population between all physical diseases and the prognosis after a depression diagnosis. And it emphasizes how much mental and physical health are interrelated, and that treatment of a physical disease also affects the mental health and vice versa.

“The study expands our knowledge by not only focusing on a specific disease, for example cardiovascular disease or cancer, but by including all physical diseases. Our findings show how important it is to thoroughly examine and treat people with depression for possible physical diseases,” says Ole Köhler-Forsberg.

The results are published in the Journal of Affective Disorders.

Almost 118,000 people who were diagnosed with depression for the first time at a Danish psychiatric hospital during the period 1996-2015 were included in the study. The researchers had information about hospital-based diagnoses of physical diseases before the depression diagnosis since 1977, as well as information about the patients use of medicine prescribed by their GP for physical diseases in the year prior to the depression diagnosis.

The study confirms previous findings and experiences from clinical practice. For this reason, the researchers believe that future studies should look into whether better treatment of physical diseases also has a positive effect on depression.

The importance of the correlation between physical diseases and depression, and of better focus on this, is further emphasized in another article which Ole Köhler-Forsberg just published in collaboration with several international partners, particularly from the Charite Hospital in Berlin, Germany. In the article in Nature Reviews Disease Primers, the authors describe current knowledge about the frequency, diagnosis and treatment of depression in people with chronic physical diseases.

“Depression occurs two to four times more frequently in people with a chronic physical disease than in those who are physically healthy—and both psychological and medical treatment can have an effect on the depression,” says Ole Köhler-Forsberg.

However, diagnosis and treatment can be complex because of the competing physical disorders and overlapping symptoms.