Damage to the penis can take place during sex, athletic activity or the result of an accident. The next time you’re feeling a bit frisky, pay attention to the way it looks.

Fibrous scar tissue can form on the penis, which can lead to certain difficulties.

The Mayo Clinic explained that each side of the penis contains a “sponge-like” tube.

These tubes are known as corpus cavernosum, and they contain many, tiny blood vessels.

“Each of the corpus cavernosum is encased in a sheath of elastic tissue called the tunica albuginea,” added the Mayo Clinic.

During arousal, blood flow to the penis increases and the elastic sheath “stretches during an erection”.

However, if a person suffers from Peyronie’s disease, the scarred penis doesn’t stretch as normal.

The scar tissue can force the manhood to stand at a very bent angle, or become disfigured. 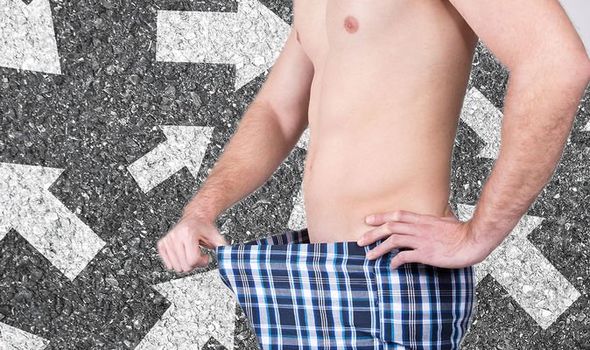 This extreme curvature of the penis might point upwards, downwards or to one side.

Moreover, Peyronie’s disease may develop gradually and it isn’t always related to an injury.

The sometimes painful condition can be hereditary, as poor wound healing and the way scar tissue build-ups can be genetic.

The scar tissue present in Peyronie’s disease can be “felt under the skin of the penis as flat lumps or a band of hard tissue”.

Due to Peyronie’s disease, the penis might become shorter, or other penile deformities may arise.

These include having an hour-glass appearance with a tight, narrow band around the shaft.

This condition can also cause issues with getting or maintaining an erection.

If you’re concerned you may have Peyronie’s disease, it’s advisable to discuss your fears with a GP. 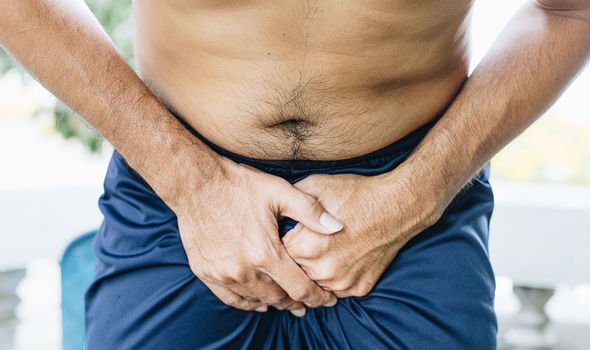 “Early treatment gives you the best chance to improve the condition — or prevent it from getting worse,” attested the Mayo Clinic.

A physical exam is often suggested to identify and diagnose Peyronie’s disease.

If left unchecked, this condition could result in the inability to have sexual intercourse.

Although Peyronie’s disease can occur at any age, it’s more prevalent for men in their 50s and 60s.

When detected in the early stages of the disease, penile traction therapy helps to prevent length loss and minimise the extent of the curvature.

Penile traction therapy involves stretching the penis with a self-applied mechanical device for a specified period of time.

Possible treatment options also include medicinal and injection therapies that can take place over a few months.

For people at the later stages of the disease, surgery may be considered.