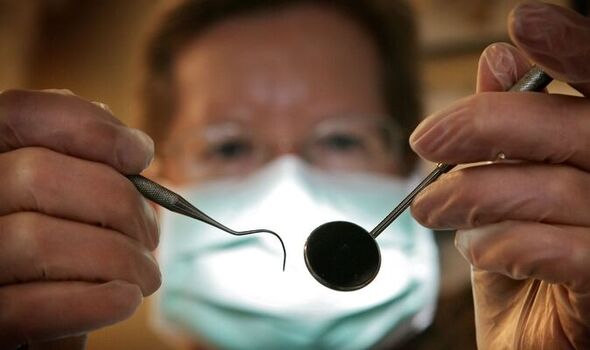 Writing for the Express, Louise Ansari, national director at Healthwatch England, says: “We’ve recently heard from someone using a metal nail file on the sharp edges of their teeth and people buying dental cement online to treat themselves.

“The shortage of NHS appointments widens health inequalities and damages the health of our most disadvantaged communities.”

Sarah Hayton, of Halifax, West Yorkshire, is among those unable to register. She has had toothache for four months and buys DIY kits on Amazon for between £8-15 every month.

Sarah said: “I can’t get a dentist. I phoned 111 because I was in that much pain one day and the nearest dentist that could see me was in Harrogate or Doncaster, but I don’t drive.

“I buy this product from Amazon every month to fill my own tooth. It’s got a hole in it so I have to put the filler in but it doesn’t last long. It’s only supposed to be temporary.”

Sarah, who last saw a dentist 10 years ago, said she tried “every painkiller going” when her toothache was at its worst. She added: “I don’t know how the Government is expecting people to deal with this. The cost of living is going up, people can’t afford to pay to see a private dentist.”

Charities have increased their efforts to provide support. Dentaid has four mobile clinics that hold sessions for vulnerable groups such as homeless people, as well as public access clinics for anyone who is in pain with no way to access care.

Communications director Jill Harding said there had been a huge increase in demand. Dentaid expects to hold more than 350 clinics this year, up from 174 last year. She added: “People queue from 6am in the morning – we start at 10am.”

Shawn Charlwood, chair of the British Dental Association’s General Dental Practice Committee, said the crisis was “being felt in every corner of the nation, and it demands urgent change”.

He said the Government must fix a flawed contract system that dentists claim does not fairly reward their work. The contract negotiated in 2006 was based on practices agreeing to provide certain units of dental activity (UDAs), with treatments worth different amounts.

The Government recently announced changes to the contract, but Mr Charlwood said they “amounted to rearranging the deckchairs on the Titanic”.

He said: “The next Prime Minister must bring real change, otherwise this NHS dental service may genuinely disappear, it may die. There is only enough funding in NHS dentistry for half the population, it’s astounding.

“The UDA system, the contract that we’ve been asking to be reformed for so long, is unfit for purpose. It puts Government targets ahead of patient care.”

Mr Charlwood said the crisis pre-dated Covid-19 but had been exacerbated by the pandemic. He added: “Behind every figure is a patient who may be in pain, have swelling, they may be losing sleep or unable to go to work.”

An NHS spokesperson said: “The latest data show dental services are recovering post pandemic, with over 26 million patient treatments delivered last year – up 120% from the year before, along with 1.7 million more children getting seen by an NHS dentist

“To further support the ongoing restoration of NHS dentistry, we recently announced the first significant changes to dentistry since 2006, helping practices to improve access for the patients that need dental care the most.”

A Department of Health and Social Care spokesperson said: “We are improving access to dental care for all NHS patients, backed by more than £3 billion in funding each year and an extra £50 million last year to help bust the Covid backlogs.

“Through the reforms we announced in July, the best performing practices will be able to see more patients, making better use of the range of professionals working in the sector such as dental therapists, hygienists and nurses, while also rewarding dentists more fairly for providing more complex care.” 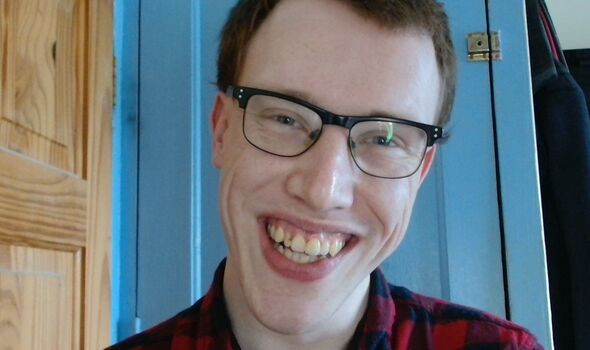 Karl can’t find a dental practice to treat his toothache

Karl Knights has been suffering with toothache since early in the pandemic but cannot find an NHS dentist that will accept new patients.

He is sometimes forced to skip meals or only eat soft foods and the pain has woken him at night.

Karl, 26, said: “It flares up for a day or two at a time, seemingly at random. The toothache is relatively moderate on a pain scale but it does interfere with my concentration.

“I’ve recently had a wisdom tooth come through on the other side of my mouth. That’s a much more painful time, the kind of pain that obliterates all thought and leaves you unable to think about anything else.”

Karl lives in a rural area in East Suffolk and even if he does find a practice, it will be at least an hour’s trip. A dental charity recently visited his town offering free walk-in care but he could not make it.

Karl said: “I’ll keep calling and seeing if anything has changed. It’s hard not to worry about complications arising, like an infection from the hole in the tooth.

“The fact that a charity dental unit was in town to provide care says it all, doesn’t it? When people are pulling out their own teeth, it’s nothing less than a total failure in public health.

“Who knows how many people are spending years on a waiting list because they can’t afford private care, or waking up at 4am in pain, just like I did?

“The thought of so many people being in bone deep pain is as upsetting as it is infuriating.”