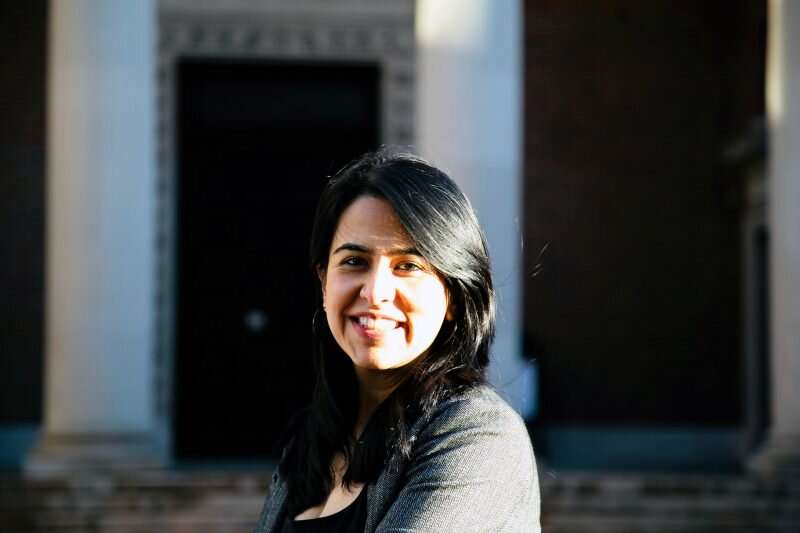 According to research, an average American makes around 35,000 decisions each day. These decisions range from the mundane—what color shirt to wear—to the important—whether or not to be vaccinated.

“America is called the republic of choice,” said Shilpa Madan, assistant professor of marketing in the Pamplin College of Business. “Just go into the supermarket—there are a mind-boggling variety of just cookies.”

In the last three decades, the number of products in the average supermarket increased from an average of nearly 9,000 to almost 47,000, according to the Food Marketing Institute, a trade group.

While having a variety of choices is widely seen as a positive consequence of economic development, what impact does this explosion of choice have on the psyche of the individual, and further, society as a whole?

In her recently published research in the Proceedings of the National Academy of Sciences, “The salience of choice fuels independence: Implications for self-perception, cognition, and behavior,” Madan illustrates how this salience of choice alone can have a range of powerful psychological effects, including empowerment of the individual.

Madan notes that these choices don’t need to be life-altering decisions to have an impact.

“The actual choices could be trivial. Maybe you woke up this morning and chose to eat cereal for breakfast instead of egg,” she said. “You chose to like a few posts on Instagram but ignore several others. This mere sense of choice, that you are in the driver’s seat, makes people feel that they are independent and important.

“It is said that we make choices that shape our environment, but most of us don’t realize how our choices shape us,” Madan said.

She continued, “This focus on the self isn’t necessarily bad. In fact, it can have a range of positive consequences for the individual. When people think of themselves as independent, they are less likely to tolerate harassment or discrimination, more willing to raise their voice, and more willing to negotiate better conditions for themselves.”

However, the increase in individualism can potentially have negative consequences for the collective well-being.

“Choice is good for the individual but could be bad for society,” Madan explained. “As people become more independent and more individualistic, more self-interested, it becomes more difficult to take collective action.

As Madan explained, we are potentially seeing those negative consequences now during the COVID-19 pandemic, as people are increasingly choosing to assert their independence and act in their own best interests, for example, by not wearing masks or not getting vaccinated. “The challenges the world is facing right now—the COVID-19 pandemic, climate change, discrimination, bias, and inequity—need collective action, need people to work together for the greater good.”

While the United States of America was founded on the ideals of individualism, what about more collectivist societies? Does the salience of choice have the same impact on people in nations where individualism is not as prolific?

According to her research, the impact is the same, no matter the culture.

“It replicates across cultures,” Madan said. “From America, which is already very individualistic, to Singapore and India, which are both collectivistic countries.”

One look down a supermarket aisle or at a Netflix home screen shows that our choices are only growing. So, what can be done to ensure that our focus on individualism does not come at the cost of the greater good?

According to Madan, this requires further research.

“As research scientists, we are trying to find interventions for specific contexts where we can attenuate this negative effect of choice on collective well-being,” she said. “What are the kind of interventions we can create to make people wear a mask, or get vaccinated, or make them care for the environment?”

In the interim, Madan reiterated that choices are meant to be made deliberately and consciously. She referenced the Virginia Tech motto to ensure we are making the right decisions, both for ourselves and for our community.