The open reading frame 10 (ORF10) protein of the severe acute respiratory syndrome coronavirus 2 (SARS-CoV-2) interacts with multiple human proteins expressed in lung tissues. Mutations and co-occurring mutations in the ORF10 strongly impact the virulence and pathogenicity of SARS-CoV-2. The surveillance of ORF10 mutations is therefore crucial for developing potent medical and pharmaceutical interventions against SARS-CoV-2. 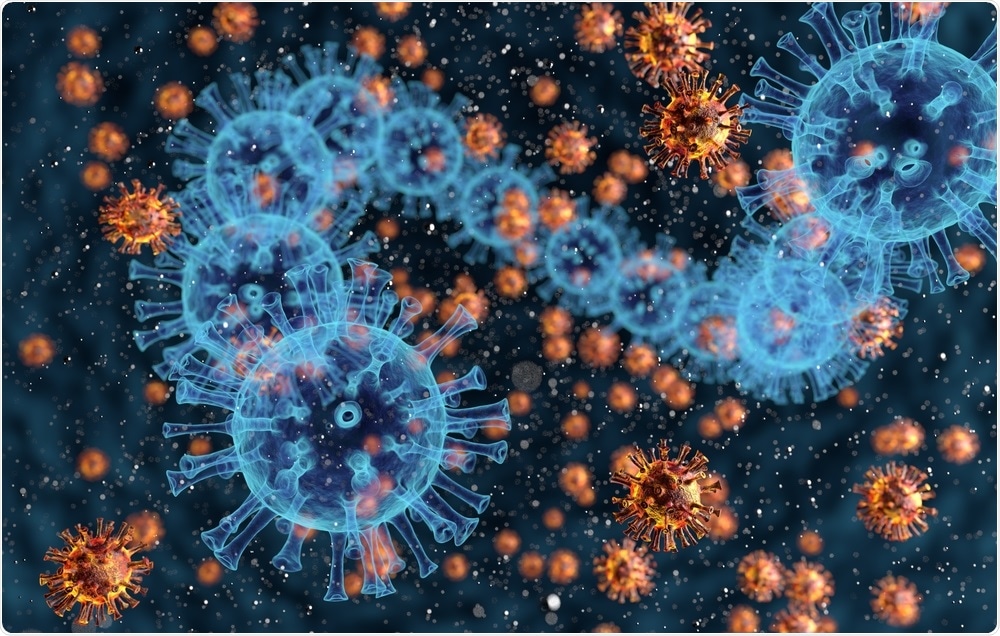 In a review published in the International Journal of Biological Macromolecules, researchers examined 140 unique SARS-CoV-2 ORF10 sequences among 202,968 ORF10 sequences retrieved from the National Center for Biotechnology Information (NCBI) database. They used the Phobius program to predict the transmembrane topology of SARS-CoV-2 ORF10 protein variants and subjected them to the intrinsic disorder analysis with the PONDR-VSL2 algorithm.

Single mutations in ORF10 proteins were determined using the Virus Pathogen Resource (ViPR), and the frequency distribution of each amino acid in this sequence was determined using standard bioinformatics routine in Matlab.

Evaluating the distribution of unique ORF10 variants and mutations

The unique ORF10 variants from Asia, Africa, and Oceania had several single mutations at common residue positions. However, the two mutations of S23F and S23P in residue S23 were reported across all six continents.

It was also observed that the effects of co-occurring mutants are qualitatively similar to those of single mutations, as most variability is around a region centered at residue 25 and at N- and C-terminal regions of the protein. However, in co-occurring mutants, as compared to single mutations, scales of changes at the terminal regions are significantly larger. Consequently, these mutations may affect the secondary structure and associated functions of the ORF10 variants.

The current study shows that mutations in the SARS-CoV-2 ORF10 variants, especially co-occurring mutations, are emerging across different continents, with the highest number of single mutations and co-occurring mutations in North America. A possible explanation for this could be that North America is the origin of the largest number of sequenced SARS-CoV-2 isolates. Also, the nations in this continent have implemented different approaches for controlling SARS-CoV-2 transmission locally, thus generating conditions for the locally diversified evolution of SARS-CoV-2.

The study findings also demonstrate that the growth rate of non-synonymous ORF10 mutations is increasingly non-linear, thereby raising questions on the stability or instability of emerging SARS-CoV-2 variants. A significant percentage of observed non-synonymous mutations are detrimental, which can alter the expression of the SARS-CoV-2 ORF10 proteins and subsequently affect functional virus-host protein-protein interactions.

Furthermore, co-occurring mutations have significantly changed the secondary structure, particularly the α helix regions of the ORF10 variants. The presence of these mutations can influence the virulence/pathogenicity of SARS-CoV-2 directly or indirectly, which makes continuous surveillance of mutations and their associated effects crucial.

Neha Mathur has a Master’s degree in Biotechnology and extensive experience in digital marketing. She is passionate about reading and music. When she is not working, Neha likes to cook and travel.