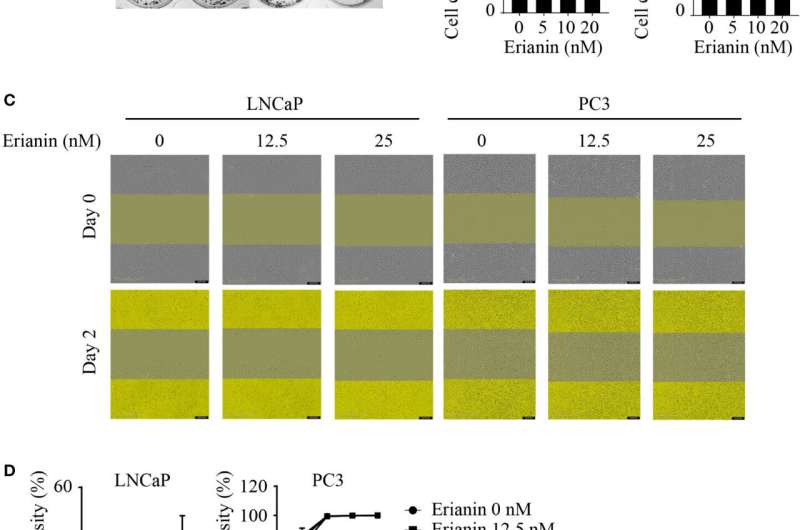 Research led by the Centenary Institute has found that a compound extracted from a commonly cultivated orchid could be a potential new treatment option for prostate cancer.

The second most common form of cancer, prostate cancer is also the sixth highest cause of cancer-related mortality worldwide.

In the study, the researchers examined erianin, a natural bibenzyl compound, present in Dendrobium chrysotoxum, an orchid species native to Southeast Asia.

Erianin was found to have anti-tumor effects on both androgen-dependent (early-stage) and castration-resistant (advanced-stage) prostate cancer cells.

Dr. Qi said that the team’s research had shown that erianin elevated levels of a fatty acid called C16 ceramide inside the androgen-dependent prostate cancer cells. This caused the cells to die through a process called endoplasmic reticulum stress-associated cell death.

In contrast, erianin alone failed to elevate C16 ceramide levels in the castration-resistant prostate cancer cells. However, artificially increasing C16 ceramide in these cells, in conjunction with the use of erianin did result in successful cell death.

“We’ve shown that erianin could play an important role in the development of new medical drugs that are able to target both early and late-stage prostate cancers, potentially benefiting many patients and helping save lives.”