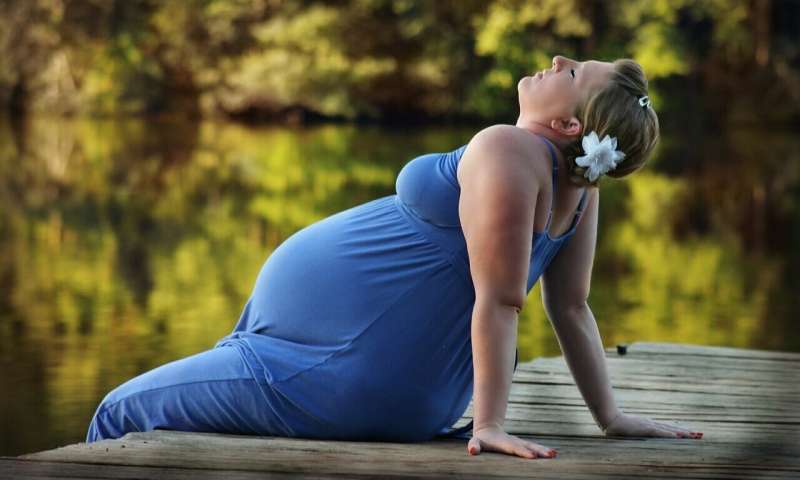 Half of pregnant women who had a simple blood test to check their iron stores had low iron levels, and one in four had severe iron deficiency, according to a paper published today in the journal Blood Advances. But despite how common iron deficiency is, 40% of pregnant women in this large regional study never had their iron levels checked, and women of lower socioeconomic status were less likely to get tested. Researchers said the findings underscore the need to revisit clinical guidelines to ensure that ferritin testing, the standard measure of iron deficiency, is included as a routine part of maternal care and pregnancy health screenings.

“Despite the very high prevalence of iron deficiency in pregnancy, and how easy it is to treat, we are not doing a very good job of checking for it,” said lead study author Jennifer Teichman, MD, of the University of Toronto, Canada and its affiliated hospitals including St. Michael’s Hospital/Unity Health Toronto, where the study was conducted. “It’s not top of mind, in part, because of inconsistent recommendations for ferritin testing across clinical guidelines.”

Iron requirements in pregnancy are high to support the developing fetus, the growing placenta, and the increased blood supply needed to sustain the pregnancy. This demand for iron increases over the course of pregnancy. Iron deficiency is the most common cause of anemia (low hemoglobin or red blood cell count) during pregnancy, which has been linked to poorer outcomes for both mother and baby, including a higher risk of premature delivery, low birth weight, post-partum depression, and even maternal death. Anemia early in pregnancy has also been associated with neurodevelopmental delays in the offspring, even as the child approaches school age and beyond, which points to potentially long-lasting effects. Even low levels of iron alone can cause pregnant women to experience fatigue, weakness, and brain fog, Dr. Teichman explained.

The study included 44,552 pregnant women who received prenatal testing at community laboratories in Ontario, Canada, between 2013 and 2018 to determine how often ferritin testing was offered. Researchers also sought to provide more robust data about the prevalence and severity of iron deficiency among pregnant women and to identify whether certain clinical or demographic factors played a role in the likelihood of someone receiving a ferritin test.

Altogether, about 60% of patients got a ferritin test during pregnancy; 40% did not. Most tests were ordered by general practitioners (48%) and obstetricians/gynecologists (32%). The vast majority of ferritin testing (71%) occurred at or around the time of the first prenatal visit, when the risk of iron deficiency is lowest and, often, patients’ iron levels were only checked once during their pregnancy.

“Iron deficiency becomes more common as women progress through pregnancy,” said Dr. Teichman. “If we don’t re-evaluate iron stores later in pregnancy, we miss a lot of women who are becoming iron deficient in later trimesters.”

Dr. Teichman emphasized that the women in the study received care in Canada, a publicly funded health care system, which means patients don’t incur the cost of ferritin testing. Despite this, the researchers found that women of lower socioeconomic status were less likely to be tested for iron deficiency, which further underscores differences in access to care and how clinicians may treat these patients differently.

Based on their findings, Dr. Teichman urges pregnant women—and those who plan to become pregnant—to ask about their iron levels before and during their pregnancy.

“Iron deficiency is very common, and there can be poor outcomes for both mom and baby if it isn’t identified and treated,” she said. “The good news is that it’s easily found with a simple blood test and completely correctable with iron supplements.”

She is quick to caution that standard prenatal vitamins by themselves cannot treat iron deficiency.

“Prenatal vitamins contain only a sprinkling of iron and many combine iron with calcium, which can inhibit the absorption of iron,” said Dr. Teichman. “The way to address the problem is by identifying iron deficiency early on and then supplementing women with therapeutic doses of iron, which has 10 times the amount found in most prenatal vitamins.”

Another important step, she said, will be to revise guidelines to ensure women are screened appropriately. Currently, the United States Preventative Services Task Force does not recommend universal screening for iron deficiency in pregnancy, citing the evidence as “insufficient to assess the balance of benefits and harms of screening for iron deficiency anemia in pregnant women.” But, as Dr. Teichman explained, there are now sufficient data showing the harms of iron deficiency and anemia in pregnancy, such that it would be unethical to conduct a study in which iron-deficient women are not given supplementation. Conversely, there are no conceivable harms to iron screening, she explained.