Obesity should be recognised as a DISEASE because it is ’caused by genes rather than greed and laziness’, claims royal college

Obesity should be classified as a disease, experts said today.

Millions of people in the UK are obese – around a quarter of adults and a fifth of children – and officials say they should be considered seriously ill.

Rather than laziness and overeating, people become dangerously fat because of ‘health inequalities, genetic influences and social factors’, the Royal College of Physicians claims.

The organisation said it wants obesity recognised as a chronic illness so very overweight people can receive specialist care. 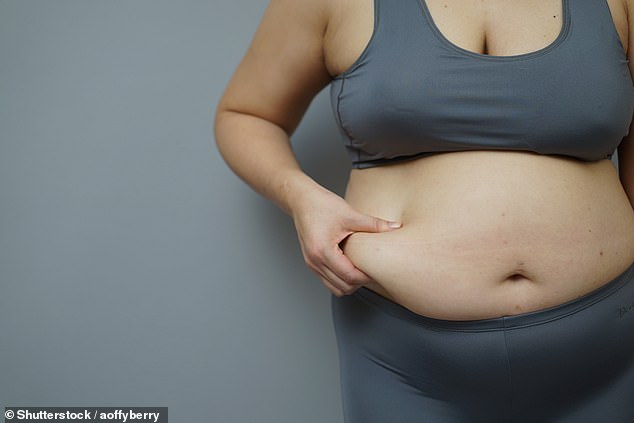 ‘It is important to the health of the nation that we remove the stigma associated with obesity,’ said Professoer Andrew Goddard, president of the RCP.

‘It is not a lifestyle choice caused by individual greed, but a disease caused by health inequalities, genetic influences and social factors.’

Obesity is a growing problem in the UK and around the world, with almost half of Britons and one in five people worldwide expected to be extremely fat by 2045.

Research last year also found a quarter of adults don’t do enough exercise, with 1.4billion of us leading inactive lives.

Excess fat puts people at a higher risk of developing heart disease, cancer and type 2 diabetes, which increases the chance of stroke and kidney failure.

But the RCP is shifting some blame away from individuals, suggesting the environments they grow up in have a big influence on their weight.

Professor Goddard said: ‘It is governments, not individuals, which can have an impact on the food environment through regulation and taxation, and by controlling availability and affordability.

‘Governments can also promote physical activity by ensuring that facilities are available to local communities, and through legislation and public health initiatives.’

As well as encouraging prevention, the RCP wants ‘to see a change to public discourse about obesity, so that those with the condition are no longer blamed for it’.

The announcement comes just a day after Public Health England revealed English children eat 18 years’ worth of sugar before their 10th birthday.

PHE said the average 10-year-old has already consumed 304lbs (138kg) of sugar over their lifetime – more than the maximum recommended amount for an 18-year-old.

Cancer Research UK has warned obesity could overtake smoking as the biggest preventable cause of cancer among women by 2043.

The NHS maintains that obesity is caused by someone eating more calories than they burn off through physical activity.

More people are becoming obese because modern lifestyles have growing amounts of processed foods high in sugar and fat, and people spend more time sitting down while travelling, at desks at work and on sofas when they get home.

The number one way to fight obesity is to control your calorie intake (women should eat 2,000 per day and men 2,500, on average) and eat fewer fatty or sugary foods.

And people should get a bare minimum of 2.5 hours of moderate exercise – such as fast walking, tennis, jogging or swimming – every week.

HOW THE GOVERNMENT IS TRYING TO STOP OBESITY

Proposed plans to restrict the number of calories in pizzas, pies and ready meals were last year revealed as part of drastic Government moves to try and cut down on obesity.

A tax on added sugar in drinks came into force in April, requiring companies to hand over more of the money they make from drinks which contain more than 5g of sugar per 100ml of liquid.

As a result, many soft drinks have had their recipes changed in order to avoid paying the tax and putting prices up. Sugary drinks are the biggest single source of sugar for children and teenagers.

The Government is also considering making it compulsory for all restaurants and fast food outlets to display the number of calories in each meal on their menu.

Some food outlets already do this but there can be unexpected numbers of calories in popular dishes, and the Government is consulting on the plans before a decision is due in spring.

In March this year, Public Health England warned Brits to crack down on the number of calories they’re eating, advising people to consume no more than 1,600 per day.

The watchdog says adults shouldn’t eat any more than 400 calories for breakfast, 600 for lunch and 600 for dinner – this would allow for some snacks, experts said.

Examples of 600-calorie meals include a tuna pasta salad and a small cereal bar, a chicken salad sandwich and a pack of crisps, or half a pepperoni pizza with a quarter of a garlic baguette and a banana.