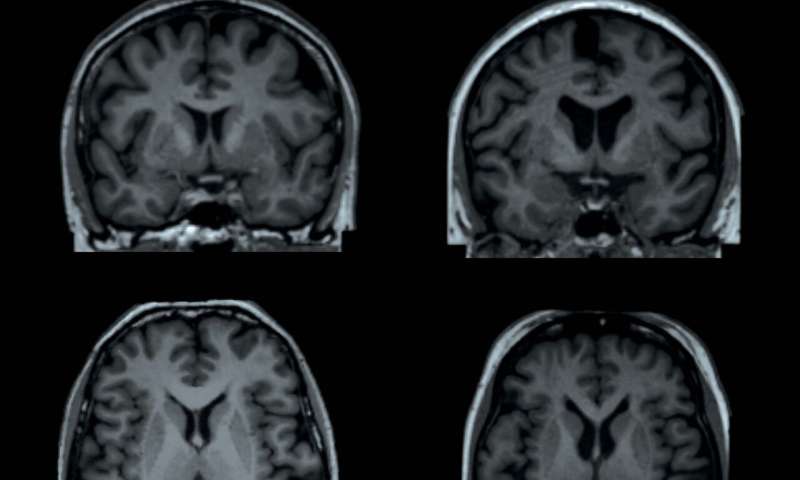 Researchers using sophisticated MRI technology have found that higher levels of body fat are associated with differences in the brain’s form and structure, including smaller volumes of gray matter, according to a study published in the journal Radiology. The findings add important information to our understanding of the connection between obesity and negative health consequences such as dementia.

“MRI has shown to be an irreplaceable tool for understanding the link between neuroanatomical differences of the brain and behavior,” said study lead author Ilona A. Dekkers, M.D., from Leiden University Medical Center in Leiden, the Netherlands. “Our study shows that very large data collection of MRI data can lead to improved insight into exactly which brain structures are involved in all sorts of health outcomes, such as obesity.”

Obesity represents one of the world’s most challenging public health problems. The global pandemic has led to a greater incidence of cardiovascular disease and type 2 diabetes. Previous studies have also tied obesity to an increased risk of accelerated cognitive decline and dementia, suggesting that the disease causes changes to the brain.

To learn more about these changes, the researchers analyzed brain imaging results from more than 12,000 participants in the UK Biobank study, a major trial begun in 2006 to learn more about the genetic and environmental factors that influence disease. The brain scans used sophisticated MRI techniques that provided information on both the neuron-rich gray matter and the white matter, often referred to as the wiring of the brain.

The results show some clear associations in the patients between body fat percentage and brain form and structure, also known as its morphology.

“We found that having higher levels of fat distributed over the body is associated with smaller volumes of important structures of the brain, including gray matter structures that are located in the center of the brain,” Dr. Dekkers said. “Interestingly, we observed that these associations are different for men and women, suggesting that gender is an important modifier of the link between fat percentage and the size of specific brain structures.”

The ramifications of these findings, not yet fully clear, could be of significant importance. Smaller gray matter volume suggests loss of neurons, and changes to the white matter could adversely affect the transmission of signals within brain networks. Since the smaller subcortical grey matter volumes are also known to play a role in the food-reward circuitry, these changes may also make it more difficult for obese people to control their weight, Dr. Dekkers said, although more research will be needed to support that connection.

The reason for obesity’s adverse effects on the brain are not precisely known. Research has shown that the low-grade inflammation characteristic of obesity can have harmful effects on brain tissue. There is evidence that cellular responses produced in the brain due to inflammation may be behind these effects.

The study looked at overall body fat percentage and did not distinguish between the different types of fat in the body, which Dr. Dekkers said may be an area for additional research. Of particular interest is the visceral white fat found around the abdominal organs. This type of fat, also known as belly fat, is part of metabolic syndrome, a group of factors that increase the risk of cardiovascular disease and diabetes.