Trendy dairy alternatives like oat and almond milk could risk health of teenage girls who could miss out on essential nutrients, warns food expert

They are the trendy alternatives to milk that have become a multi-million-pound industry.

But by drinking substitutes based on oat or almond and following a meat-free diet, teenage girls could be risking their health, a food expert warned yesterday.

The move towards more plant-based diets means many are missing out on essential nutrients, Professor Ian Givens said.

Milk substitutes, with the exception of soya, typically do not match the protein content of cow’s milk, while shunning meat could result in iron deficiency, he warned. 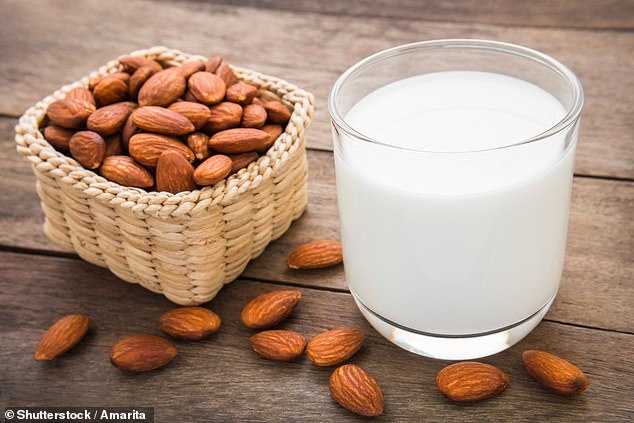 By drinking substitutes based on oat or almond and following a meat-free diet, teenage girls could be risking their health, a food expert warned yesterday (Stock image of almonds and almond milk)

‘The worry is, there have been a number of very specific cases where young children have been switched to these products and have developed a kind of protein deficiency which you wouldn’t expect in Western societies.’

Professor Givens, director of the Institute for Food, Nutrition and Health at Reading University, warned that on average nearly half of women and girls are not getting enough iron partly due to the fall in red meat consumption.

‘That has happened over the last 20 to 30 years, actually,’ he told a news conference.

‘And that is a worry. If we look at some of the nutrients like calcium and iodine, we have been getting on towards 30 per cent of that population of young females that are way, way below the nutritional requirements for those two nutrients, and that is largely a function of reduced milk consumption.’

The National Diet and Nutrition Survey carried out by Public Health England (now the UK Health Security Agency) and the Food Standards Agency found that, between 2008 and 2017, 49 per cent of girls aged 11 to 18 and 25 per cent of women aged 19 to 64 had iron intakes below the daily minimum recommended. 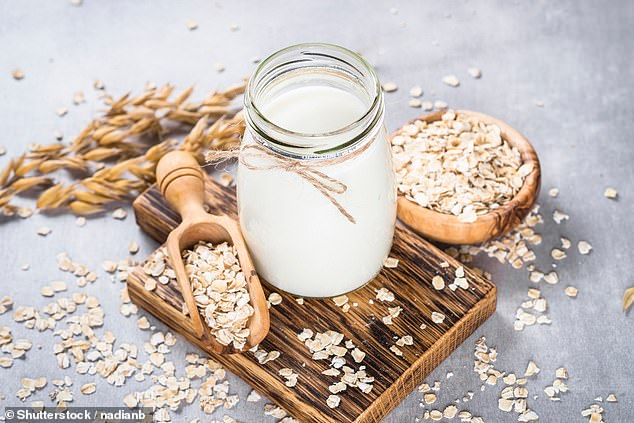 Milk substitutes, with the exception of soya, typically do not match the protein content of cow’s milk, while shunning meat could result in iron deficiency, Professor Ian Givens said (Stock image of vegan non diary milk and oat flakes)

The substitutes are drunk by one in three of us, with oat milk the most popular.

Professor Givens said manufacturers ‘are beginning to try to fortify these products to make them much nearer to milk than perhaps they were originally’.

But he added: ‘I think there’s still quite a way to go actually… particularly things like iodine, which for most people milk is the biggest single source.’

There is also uncertainty as to whether the added calcium in substitutes is as easy for the body to absorb as from cow’s milk, he said.