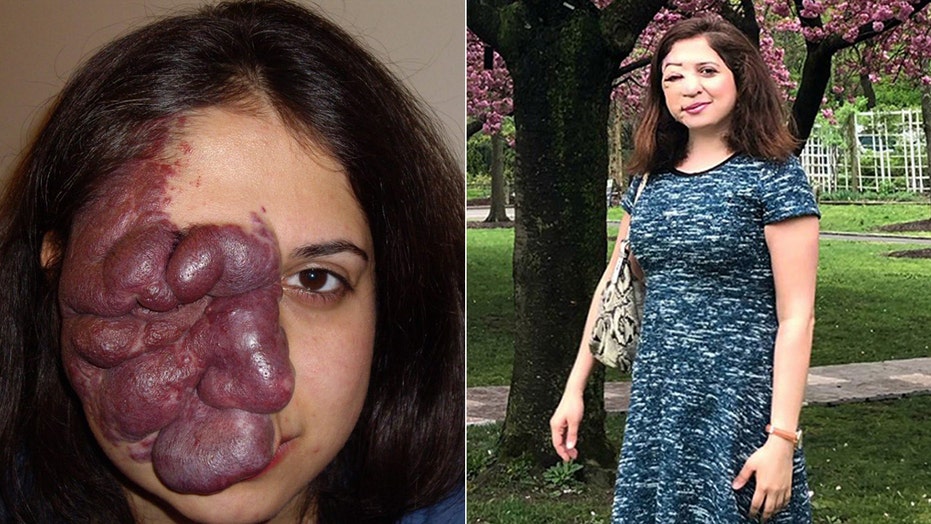 Fox News Flash top headlines for May 9 are here. Check out what’s clicking on Foxnews.com

A 37-year-old nursing student from Iran who spent years of her life in and out of doctors’ offices and endured callous remarks from strangers is rebuilding her life in New York after undergoing life-changing surgery on a birthmark that was taking over her face. Ellahe Heghani, who came to the U.S. in 2009 to begin her treatment, has undergone more than 20 surgeries to treat Sturge Weber Syndrome (SWS), which caused a red, purple-colored mark to take over her face, and robbed her of vision in her right eye, Caters News reported. 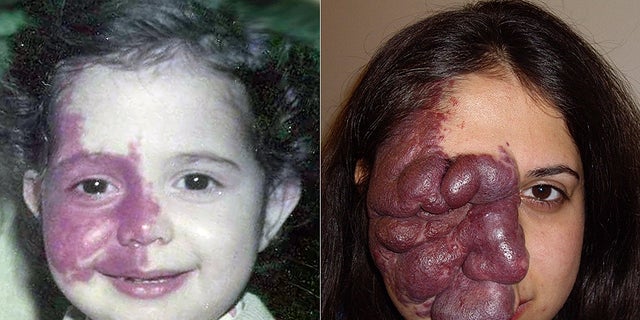 The birthmark continued to grow as Ellahe aged, and she endured callous remarks from strangers who thought she was contagious.
(Caters News Agency)

“It was something I got used to seeing in the mirror every day and eventually felt comfortable around friends and family,” she told the news outlet. “But when I was outside the house people were frightened, they didn’t know what it was and were scared. Some thought I had a contagious disease, others thought I suffered from an acid attack or that I was burned.”

SWS, often identified in patients with a “port-wine birthmark,” can cause neurological abnormalities and eye issues depending on the severity of the disorder, according to the National Organization for Rare Disorders (NORD). Symptoms are typically present at birth, but they are highly variable. Treatment depends on symptoms and severity. 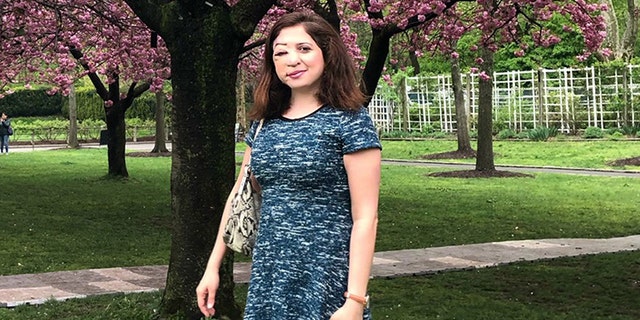 Heghani now lives in New York and is in nursing school. She said she wants to help people.
(Caters News Agency)

Heghani connected with Dr. Milton Waner in New York, and after years of being turned away from physicians, he agreed to help her.

“My family searched everywhere for a way to cure me, but nothing was available, all doctors said was that the lesions could not be treated surgically or medically,” she told Caters News. “They feared that as soon as they touched my birthmark, that they wouldn’t be able to stop the bleeding. Even from a scratch I risked bleeding a lot, doctors were scared to operate in case I died.”

But Waner saw her case different, and he removed the extra tissue from her face and began a laser treatment to lighten the birthmark. Haghani then had skin grafts on her cheeks and nose and tissue expanders placed in her neck.

She told the news outlet that it wasn’t until she began to see the improvements from Waner’s treatment that she realized how much her birthmark affected her.

“Horrible people told me I shouldn’t come out in public and stay inside, but I didn’t listen to them because it’s my life,” she told Caters News.

Heghani said her birthmark is still visible on her nose and forehead, but that she has regained her confidence and chose to go to nursing school to help others.

“I believe in myself, my face doesn’t define me, what defines me is my abilities, what I do with my life and how I help other people,” she told the news outlet.