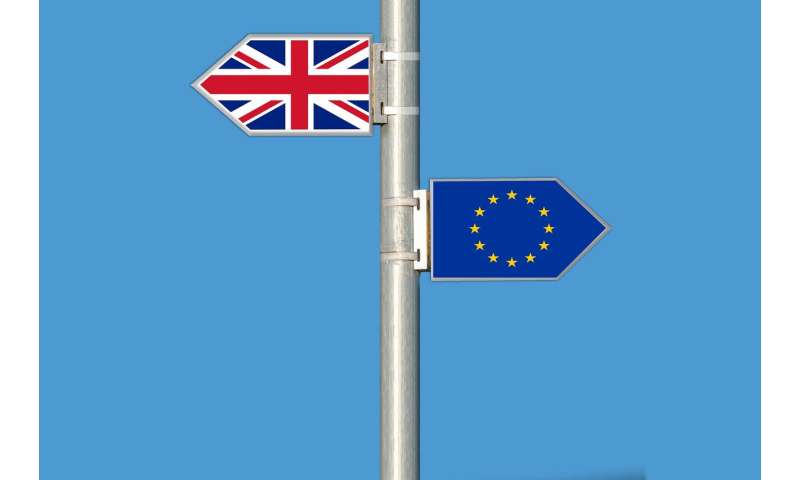 Experts have warned that a ‘no deal’ Brexit will result in the exclusion of the UK from the 24 European Reference Networks (ERNs) that were established to improve the care of patients bearing the lifelong burden of a rare disease, which require highly specialised diagnosis and treatment.

One in 17 UK citizens lives with a rare disease, which are defined as conditions that affect fewer than one in 2,000 people in the general population. A group of experts has written to The Lancet highlighting their concerns about the detrimental impact a no deal Brexit will have on these individuals.

“Rare diseases are rare, and experts are rarer still,” said Dr. Marc Tischowitz from the University of Cambridge, who helped coordinate the letter. “European Reference Networks were set up because no single country has the expertise or resources to cover all of the known rare diseases, which number in the thousands. They’ve played a pivotal role in harnessing the collective knowledge across the continent and in developing sustainable healthcare to treat those affected.”

The UK has been at the forefront of the creation and development of these virtual networks, which involve healthcare providers across Europe. As a result, write the experts, it has been able “to reap the benefits of closer collaboration with experts and patient advocates throughout Europe”.

The ERNs have made it much easier to develop guidelines, create disease registries, build research collaborations, and create new education and training programmes. Crucially, they have directly improved patient care by establishing a pan-European platform that brings international experts together to advise on patient-specific complex problem and therapeutic options where insufficient expertise exists in one country alone.

Dr. Tischowitz added: “Leaving the EU without an agreement on UK participation in the Networks means we potentially write off years of progress made by UK clinicians, researchers and patient advocates, while also reducing access to clinical trials and funding. Most importantly, it will diminish our ability to provide the best care for the millions of children and adults with rare diseases and complex conditions in the future.”

The letter has a total of 73 signatories, including 19 signatories each representing a patient support group and 54 signatories from senior clinicians and researchers who are currently members of a European Reference Network and who will be removed from the networks as of 1 January if no agreement is reached.

Allison Watson co-founded Ring20, a charity that supports people living with ring chromosome 20 Syndrome, an ultra-rare disease that affects her young adult son. She is also a co-lead for the EpiCARE ERN for rare and complex epilepsies.

“I have been hugely encouraged by the change that being part of an ERN can bring, for people like my son and many others living with ultra-rare diseases,” said Watson. “I believe we would not have managed this working with just UK rare disease organisations.”

Initiatives already delivered through the EpiCARE ERN include heightened awareness of rare epilepsies (including ring chromosome 20 Syndrome) across the 28 EpiCARE centres, long overdue Orphanet updates, increased information and education to healthcare practitioners and patient families in the form of leaflets and patient journeys, plus updated Clinical Practice Guidelines which aim to simplify and speed up diagnosis and improve care through understanding the unmet needs.

Watson added: “With thousands of rare diseases, many of them ultra-rare where only a handful of people living in the UK are affected, is it cost-effective or even possible that the UK can deliver effective services and research alone for these people alone? I believe only through collaboration with our European partners and others around the world can we truly meet the needs of the affected and ultimately improve their outcomes and quality of life.”

Beverley Power, chair of CDH UK, the congenital diaphragmatic hernia support charity, says that one of the main barriers to research within the field of rare diseases is access to patients and patient data.