A game of baseball and a dance class have little in common but, for HSC student Khiara Lizzio, both provide a welcome break from the stress of exam study.

"They are very different from each other," she laughs, explaining that, although many of her peers cut back on sports during Year 12, she has decided to find the hours in her week to do both, even stepping up to coach her younger brother's baseball team. 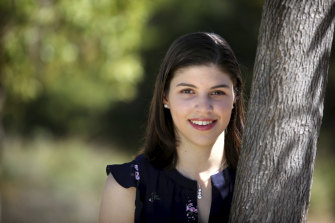 "Sport is my 'me time'. I get to spend time on meeting my standards in keeping active."

With a 10pm study curfew ("at the latest … I need the sleep") and – with the help of her mother, she admits – a focus on eating healthily, the 18-year-old from The Ponds in north-west Sydney has good strategies for maintaining her health and wellbeing during a time when it can tend to take a backseat.

CEO of youth mental health organisation ReachOut, Ashley de Silva, says it is important for Year 12 to keep a "balanced" lifestyle during exams, even when the time they need to spend studying increases.

"Sometimes it can be tempting for young people to be a bit 'all of nothing' with exams, and think that the best thing to do is bunker down and just study, but, of course, that's actually not the best approach."

However, de Silva has observed Year 12 students becoming more aware of the need too look after their health during their final year of school. According to survey data collected by ReachOut, one in three HSC students say they would seek mental health support for exam stress, up from one in five three years ago.

De Silva recommends that students should specifically schedule breaks, exercise, good sleep habits and nutritional choices into their study plans. That last one can be particularly difficult: 45 per cent of young people surveyed by ReachOut said they did not eat well in the lead-up to exams, which, given the number of assessments during a student's final year of school, de Silva says is an "extensive period" to have poor diet.

"You should view good nutrition as an investment in your mental health, but also as a smarter way to study – by reducing your exhaustion, you set yourself up better to perform in an exam," he says.

Accredited practicing dietitian Melanie McGrice, spokesperson for the Dietitians Association of Australia, says the stresses of Year 12 can be "a time that disordered eating can be triggered".

"With the stress, some people don't eat and avoid eating, while other people can binge and eat to help them cope emotionally," she says, recommending students eat a low-GI breakfast followed by small, regular nutritious snacks and meals, as well as plenty of water.

"Often I see students who skip meals and then binge on high sugar foods, which give you those energy peaks and troughs which make it hard to focus."

McGrice says there has "definitely" been an increase in teenagers turning to caffeine through coffee and energy drinks to boost alertness during their HSC year, a habit she says is best avoided.

"The problem there is it can also stop you from sleeping, and then you don't have the energy to focus when it comes to exam time."

And, as for those fish oil tablets which claim to make you smarter, although there is growing research showing how nutrients like omega-3, choline and vitamin D help the brain, popping a few on the day of the exam won't do much.

"They're not going to make a difference by just eating them that day, that research is looking at long-term brain changes," McGrice says.