England was the first British nation to agree a deal with US firm Vertex for its pill Kaftrio in June. It was called “almost a cure” for CF. Scotland, Northern Ireland and Wales then agreed, vowing to tear up any red tape so all potential Kaftrio users could immediately have it. Yet NHSE is now with-holding the treatment from around 1,000 sufferers who have specific CF mutations. Instead, they are waiting for the European Medicines Agency to rubber-stamp approval for those groups – which could take another year.

If those patients lived in Scotland, Northern Ireland and Wales they could already be taking the life-saving pill.

The Daily Express has long campaigned for better treatments for sufferers with our Cystic Fibrosis Crusade.

We are now demanding NHSE adopts the rest of the UK’s policy with Kaftrio.

A host of celebrities are also backing the fight, ­including comedians Rhod Gilbert, Seann Walsh and John Bishop. The trio are friends of comic Andy Askins, 57, whose gravely ill 23-year-old son is one of those being let down.

Rhod said: “Let’s see if we can reach NHSE and make a difference to Andy’s family and so many others.” John added: “This affects a friend’s family and as we fight the pandemic we must not leave other illnesses behind. 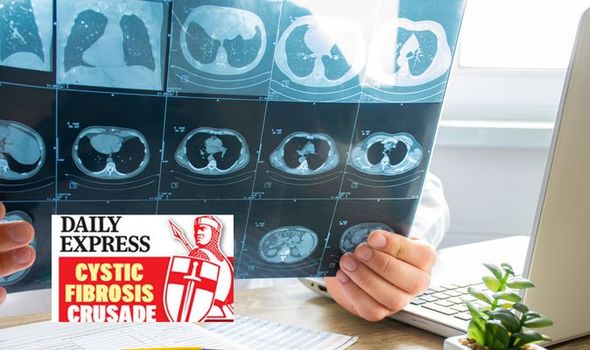 “Seems crazy a drug is available in Scotland, NI and Wales for all mutations of CF, but not England.”

Andy yesterday said the situation was now life and death. His son, who we have agreed not to name, has twice been refused emergency Kaftrio from Vertex, so the NHSE is his only hope.

But he cannot afford to wait a year for EU licence approval for his CF mutation, as his lung function is only 28 per cent.

Andy, of Trowbridge, Wilts, said: “Over the years my boy has been through hell, even in a hospital unit, where it was touch and go.

“He’s been in a world of pain and now his weight has plummeted, he’s incredibly thin and his lung function is critically low. 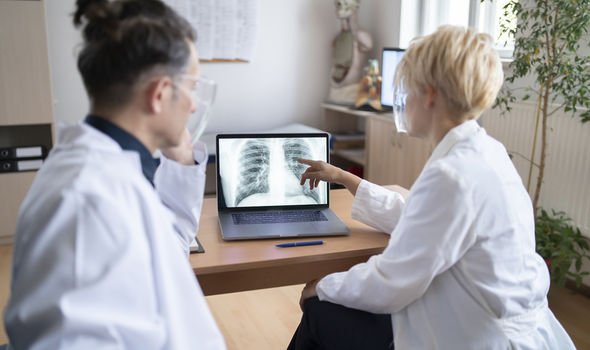 “What NHS England is doing is not frustrating – it’s horrifying.

“My son is getting sicker and NHSE is ­withholding his treatment. It is cruelty.”

Giving patients drugs not yet granted a specific licence for their age or patient ­criteria is called off-label prescribing.

An NHSE spokesman said: “The NHS is working to support clinicians with the option of prescribing Kaftrio off-label for patients that need it.”

Dr Keith Brownlee from the Cystic Fibrosis Trust said: “It’s vital that everyone with CF who can benefit from Kaftrio does so.”