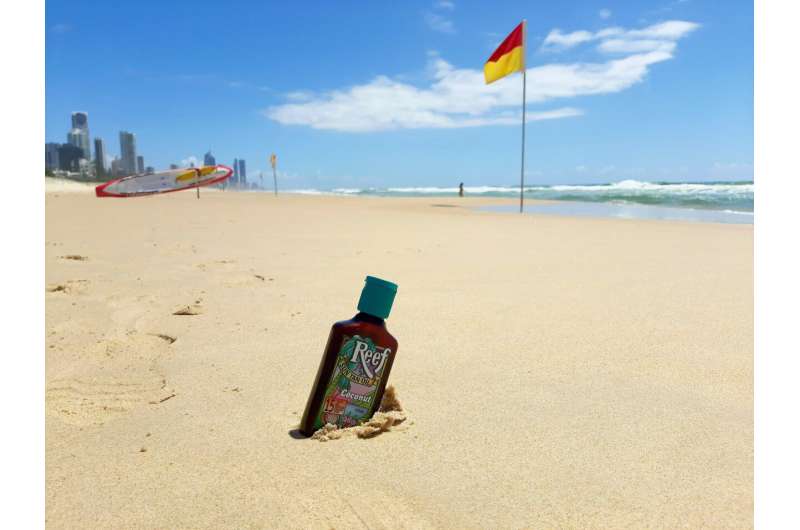 Sunscreen alone is not enough, University of Otago researchers are reminding people, after a study published today reveals the slip, slop, slap message is still not getting through.

The study, led by Dr. Geri McLeod, of Christchurch, interviewed 1,877 people over the age of 15 who had spent at least 15 minutes outside on a chosen day during summer in 2016. They were asked what, if any sun protection strategy they used—cover (t-shirt, hat), protect (sunglasses and sunscreen), and avoid (using shade or rescheduling outdoor activity.)

Almost 15% of people reported they were sunburnt on that day. Of those people, 17% did not use any sun protection strategy, 13% used all, but by far the majority (almost 70%) used just one or two.

“This study confirms that many sunburned New Zealanders did not use optimal sun protection, instead each protective strategy appears to be seen as an alternative rather than complementary pattern of behavior,” Dr. McLeod says.

While sunburn rates have dropped during the past 20 years—they used to sit at about 20% in the early 2000s—New Zealanders still have a “long way to go.”

New Zealand has among the highest age-standardized incidence and mortality rate for cutaneous malignant melanoma in the world.

“About 85% of New Zealanders identify as having European ancestry which is characterized as having a skin type that sunburns easily and does not tan, or only tans a little. With New Zealanders’ outdoor lifestyles, liking a tanned appearance, and high UV during summer months, many people are exposed to excessive UVR/sunburn which has been shown to be associated with skin cancer.”

With a lack of national sun protection campaigns in the past decade, its time people started taking responsibility for their own and for their children’s health, she says.

“There are many things that people can do to protect their skin and reduce their likelihood of developing skin cancer.

“Scheduling outdoor activity outside of peak UVR is the best option—then no sun protection is needed. Otherwise, clothing, broad brimmed hat are the best forms of sun protection. If you can, sit in the shade and wear sunglasses. After this, if you have unprotected areas of skin, then apply sunscreen to those places, such as face, backs of hands and the neck. Learn how to use sunscreen properly—most people don’t and wonder why they get sunburned.

“And please don’t forget our tamariki. I’m sick of seeing heart-breaking sunburns on little children whose parents or caregivers just apply sunscreen to their skin alone without additional sun safe measures, then run to the media saying their sunscreen didn’t work.”

“With our summer bringing extreme levels of UVR, now is the time to download the UV NZ app developed by NIWA and supported by the Cancer Society of New Zealand. When the UV Index is greater than three, please protect against sun harm.

“Remember that only using one or two forms of sun protection is not enough during summer. You, or your little ones, will burn and the consequences can be deadly.”