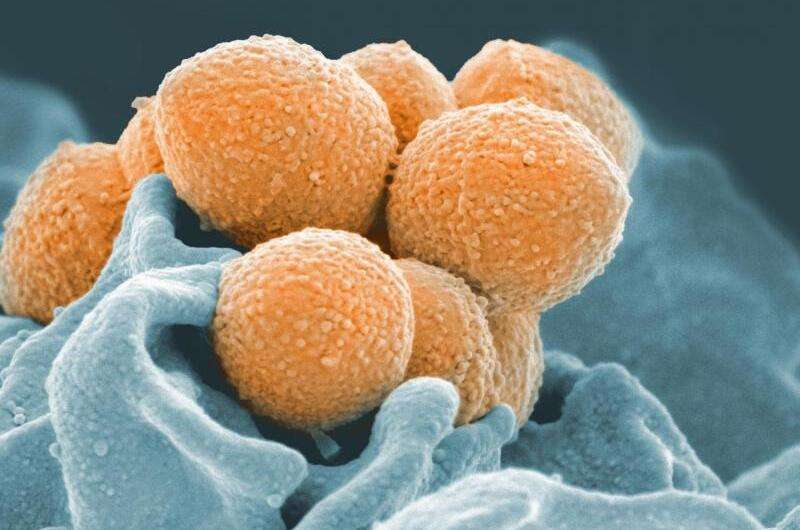 The collaborative research effort, led by the Murdoch Children’s Research Institute (MCRI) and published in The Lancet Microbe, found the model, which deliberately infected healthy adult volunteers with the bacteria in a controlled environment, was safe and would now be used to trial Strep A candidate vaccines.

Strep A infections affect about 750 million people and kill more than 500,000 globally every year—more than influenza, typhoid or whooping cough. Strep A can also cause severe life-threatening infections like toxic shock syndrome and flesh eating disease and post-infectious illnesses such as acute rheumatic fever, rheumatic heart disease and kidney disease.

Strep A infections disproportionately affect young children, the elderly, pregnant women and Indigenous Australians. There is currently no vaccine available to prevent Strep A and can only potentially be treated with antibiotics.

MCRI’S Dr. Josh Osowicki said given Strep A only naturally infected humans, researchers were limited in what they could learn in the lab and using animal models.

“Human challenge models can be used to test vaccines, drugs and diagnostic tests, as well as driving all sorts of wonderful scientific collaborations to understand more about how diseases work and how to stop them,” he said.

“We have developed the only current Strep A controlled human infection model, ready to be used as a platform to evaluate new vaccine candidates and therapeutics.”

Dr. Osowicki said the research team tested a Strep A strain they believed would cause a strep throat and was unlikely to cause acute or chronic health problems.

The study involved 25 volunteers, aged 18-40 years who stayed at Nucleus Network, a phase 1 clinical trials unit based in Melbourne for up to six days with blood tests and saliva and throat swabs collected regularly.

Dr. Osowicki said 85 percent of participants developed a convincing case of strep throat, well up on the at least 60 percent anticipated.

“Starting at one-tenth of the dose used in old 1970s studies, we applied our special Strep A strain on the back of each participant’s throat,” he said. “To our surprise, from the very first participant at the low starting dose, our strain caused strep throat in most participants.”

The volunteers developed mild to moderate symptoms including a sore throat, sweats, fever and headache. All quickly recovered and were followed up for six months after they were sent home, according to the study.

Melbourne resident Tania O’Meara’s daughter Eden was just 11 months old when she almost lost her leg to a flesh-eating bacterial infection caused by Strep A.

“We put our daughter to bed with what seemed like a cold but the next morning she woke up with a fever and was very pale, limp and dehydrated,” she said.

“We took her to the hospital but the doctor couldn’t get the IV drip in because Eden was so dehydrated and they were forced to drill it into her leg. They also noticed that the skin on her leg looked like it was turning a different colour.”

“We were told that she could die and we braced ourselves so it was a miracle that they were able to save her leg and even her calf muscle,” she said.

Eden, now three, needed three more surgeries and has since made a full recovery.

Ms O’Meara said she was relieved that a vaccine for Step A may not be too far away.

“I don’t want any other family to experience what we went through. It is an absolute tragedy that this bacteria is cutting so many lives short,” she said.

MCRI Professor Andrew Steer said the team expected to start testing candidate Strep A vaccines developed by researchers in Australia and overseas before the end of the year.

The trials, to be conducted in Melbourne, would involve about 50 participants receiving a candidate vaccine or placebo and having the Strep A challenge strain applied on their throats.

“The global burden of Strep A is an unmet public health challenge. We hope this research will accelerate the development of a vaccine and move things forward to bigger field trials,” Professor Steer said.