When Arjun Arya, MD, mingles socially with people he doesn’t know, he doesn’t usually say he’s a doctor when careers come up. “My go-to answer tends to be, ‘I work in healthcare,’ and I just leave it at that,” he said. That’s not because he doesn’t love his job — he does — but it’s only been 6 months since Arya became an attending physician in emergency medicine at Riverside Medical Center in Kankakee, Illinois.

“It doesn’t feel quite real yet,” he says. He feels very confident and competent as a physician, but he’s still figuring out what it means to be a doctor in his new post-residency life. 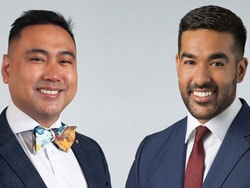 Arya is part of a generation of doctors who came of age professionally during the pandemic, a time when the field of medicine has been changing rapidly and dramatically. The importance of social determinants of health has begun to receive more attention; the repercussions of burnout have become clearer; and work-life balance and maintaining an identity outside of work have become non-negotiable priorities.

Some physicians who spoke with Medscape were residents or attendings when the pandemic began. Others have spent most of their residency in the pandemic. However, all feel that working with patients is the best part of their jobs.

That sentiment is echoed in the Medscape Young Physician Compensation Report 2022, in which 27% of new doctors said the most rewarding part of their job was their relationships with patients or the knowledge that they’re making the world a better place by helping others.

The newest generation of physicians has enthusiastically decided to be the change they want to see in the field, even when it’s harder than they expected or the field hasn’t lived up to their expectations.

A Meaningful Chance to Make a Difference

Arya sees being a doctor as an honor and privilege; if he had it to do over, he would still choose emergency medicine.

“It became very clear early on that I loved the fast-paced environment,” said Arya, who worked briefly in finance before medical school and loved the excitement of the trading floors. The rapid, high-stakes decision-making of trading floors is not unlike the emergency department environment.

But his love for his specialty isn’t just about the adrenaline rush. “Every single day, every shift, every patient is a meaningful chance to make a real difference in someone’s life, and that’s what I’ve always wanted to do,” Arya said. But he acknowledges the flip side of that, too: Every shift, he sees someone die or who is in the process of dying.

He’s learning to develop the tools to manage that heartache, and it’s a reminder that no one’s time is guaranteed.

Coming Up in the Age of Medical Misinformation

Joseph S. Thomas, MD, an internal medicine hospitalist at Buffalo Medical Group in New York, is in his third year as an attending and finds similar fulfillment in helping patients understand their disease. “Medicine is about empowering a patient to take an active role in their health, and my job is to help them do that as best as possible, even when there are a lot of things that aren’t in their control,” Thomas said.

But a major challenge for Thomas is what interferes with that: confronting rampant misinformation. As misinformation has grown during the pandemic, so has Thomas’s appreciation for the importance of public health and the need to push back against it. Like others of his generation, Thomas has embraced the opportunities that social media provides in pushing back against false information — and for broader change in medicine overall.

“More people are coming through and wanting to shake up the status quo and entering positions of leadership, slowly but surely,” Thomas said.

Nearly every doctor who spoke with Medscape mentioned recognizing care disparities and improving diversity, equity, and inclusion in medicine. Several have even made that a central part of their career.

Angela Y. Zhang, MD, a second-year pediatrics resident at Seattle Children’s, has observed several changes in medicine since the pandemic. “Before that year, everything felt really strict and hierarchal.” For example, white coats and business casual were required during inpatient shifts.

But when she returned after a year working in her school’s Office of Diversity and Multicultural Affairs, everyone was in scrubs because of the infection risk, and many past formalities had fallen by the wayside. Meanwhile, funding and initiatives for improving equity and inclusion became higher priorities.

“It was easier to push through efforts that had been really hard battles before,” said Zhang, who has a strong interest in dismantling race-based medicine and gets much of her joy from her health equity work.

Zhang is grateful for getting a medical education when healthcare is catching up to other fields by realizing that social determinants are “really what guide a patient’s health, outcomes, and wellness as opposed to what we diagnose them with.”

Yet she worries that the boost in funding for diversity, equity, and inclusion initiatives will be short-lived, especially as people see what it takes to fix disparities.

Chidimma J. Acholonu, MD, MPH, a chief resident in pediatrics at the University of Chicago, noted that African American women like her make up only about 2% of the physician workforce, so the experience of being “othered” adds another lens to the already challenging experience of getting through medical training.

“Having to navigate that on top of the general challenges of medicine can be hard,” Acholonu said. “If there were more diverse representations of what a physician looked like, it wouldn’t be such an anomaly to see me in the spaces I occupy as a physician.”

She also noted the obstacles in medicine for women, particularly if they want children, because their most fertile years usually overlap residency and early career. In addition, although Medscape’s report found that more younger women are entering medicine, it also found that gender pay disparities remain substantial.

One of the most significant drawbacks to medicine for Acholonu is the stress, even when she enjoys the work. “People try to explain to you the wear and tear on your mind, body, and soul, but no amount of explaining can make it tangible except going through it,” Acholonu said.

The pandemic has given new life to conversations about physician wellness and the need to take burnout seriously. “The generation that has come of age as clinicians in this time has a different language and different priorities in the way they think about work and life and how those two things should tie together,” she said.

For Linh Ngo, DO, a rheumatologist and an assistant professor of medicine at Hennepin Healthcare in Minneapolis, the near-impossibility of maintaining a work-life balance has been the biggest downside to being a doctor. Ngo has changed jobs twice in his 5 years as an attending because of burnout.

“I just want to find a place where the organization is not trying to kill me,” Ngo said. Medical school teaches that everything is about the patient, he said, but your mental health matters too.

Would You Choose Medicine Again?

Ngo started at an academic center, working in clinical trials while seeing patients and getting pulled into more committees and meetings because of COVID. Eventually, it was too much, so he moved to a private multispecialty group, but he found the “worried well” draining his energy.

“I don’t want to just see a person every 15 minutes and just try to get them in and out the door,” Ngo said. “I want to do the right thing. I want to practice medicine, not just practice the ‘business of medicine.'”

If he had it to do over, he would still choose rheumatology if he were going into medicine, but Ngo is part of the 32% in Medscape’s report who would not choose medicine again.

“Even if the pandemic did not happen, I would definitely steer my younger self way the heck away from medicine,” Ngo said. “I would have been like, ‘Hey, you know how you want to take care of people and fix the world and everything?’ I would slap myself and say, ‘Well, you can’t, because there are insurance companies, there are bureaucrats, there are people above you who have nothing to do with patient care but will say no to you because they think they know better than you.”

John Trinidad, MD, MPH, an attending dermatologist at Massachusetts General Hospital and core faculty with the Harvard Combined Dermatology Residency Training Program, has similarly found the most frustrating aspects of medicine to be problems in the healthcare system that prevent him from doing a good job, including fights with insurance companies over what medications his patients need and reimbursement not keeping pace with inflation.

But Trinidad wouldn’t trade his career for any other. Like 68% of young physicians in Medscape’s report, he would choose the same specialty again. Trinidad’s eyes lit up with excitement when he says he gets to see thousands of moles in a day. He also loves how problem-oriented his work is.

In his sixth year as an attending, Trinidad is the furthest along as a physician among those who spoke to Medscape. After saying yes to any opportunity that came his way at the start of his career, during 5 years at Ohio State University, he made his move to Boston last year a chance to choose the hats he’d wear more deliberately. They include inpatient consultations, working in a dermatology clinic at a community health center, at Boston Healthcare for the Homeless, and in a sexual health clinic, and developing a specialty clinic for patients with HIV and patients undergoing gender-affirming care.

“I’m very, very happy that on my personal statement to apply to medical school, I said that I want to work in community health centers, I want to work in health disparities, I want to take care of LGBT patients and patients who are historically underserved, and I’m doing that to this day,” Trinidad said.

Tara Haelle is a Dallas-based health and science journalist. Follow her at @tarahaelle