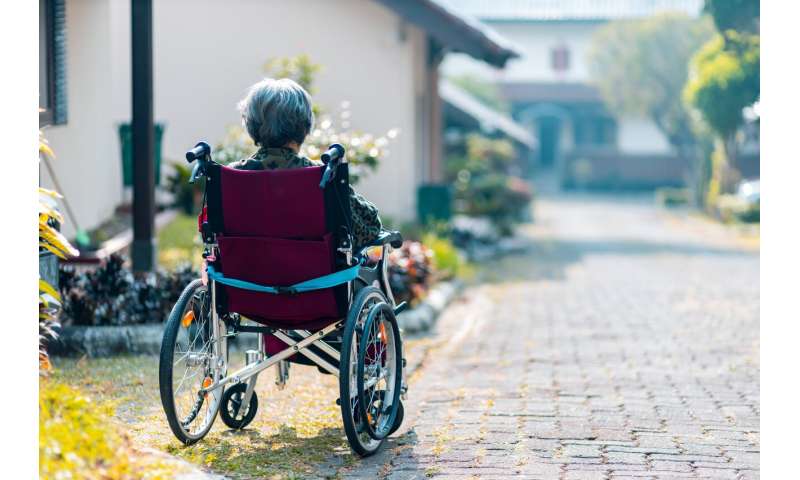 Despite the important advances in research in recent years, the etiopathogenesis of Alzheimer’s disease is still not fully clarified. One of the key questions is to decipher why the production of beta amyloid, the protein that produces the toxic effect and triggers the pathology, increases in the brain of people with Alzheimer’s.

The research has so far focused on fragments of the amyloid precursor protein (APP), but the results have been inconclusive. “This is because this protein is processed so quickly that its levels in the cerebrospinal fluid or in the plasma do not reflect what is really happening in the brain,” explains Dr. Javier Sáez-Valero, head of the group on Altered Molecular Mechanisms in Alzheimer’s Disease and other Dementias at the UMH-CSIC Neuroscience Institute in Alicante.

Dr. Sáez-Valero’s laboratory has carried out a novel approach that shows great promise: “We have discovered that the glycosylation of the amyloid precursor in the brain of Alzheimer’s patients is altered. And therefore, this protein is probably being processed in a different way. We believe that this different way of processing leads to more beta-amyloid, and to the triggering of the pathology.”

Glycosylation consists of adding carbohydrates to a protein. This process determines the destiny of the proteins to which a sugar chain (glycoproteins) has been added, which will be secreted or will form part of the cellular surface, as in the case of the Amyloid Precursor Protein (APP). The alteration of this glycosylation process is related with the origin of various pathologies.

In the specific case of Alzheimer’s, the results of the study led by Sáez Valero suggest that the altered glycosylation could determine that the APP is processed by the amyloidogenic (pathological) pathway, giving rise to the production of the beta-amyloid, a small protein with a tendency to cluster forming the amyloid plaques characteristic of Alzheimer’s disease.

“The fact that the glycosylation of the amyloid precursor is altered indicates that this amyloid precursor may be located into areas of the cell membrane that are different from the usual, interacting with other proteins and therefore probably being processed in a pathological way,” says Sáez Valero.

This new finding is published in Alzheimer’s Research & Therapy. “Analyzing the glycosylation of beta-amyloid fragments opens the possibility of finding a good biomarker for diagnosis in the short term. And in the longer term to intervene therapeutically,” says Sáez Valero

Previously, amyloid fragments of APP had been studied in the cerebrospinal fluid for these purposes. “But the results did not indicate that it could be a good diagnostic marker. However, in view of our new results, we propose to repeat the studies carried out to date not only by looking at the different types of fragments of the beta-amyloid protein, but also at its glycosylation,” says Sáez-Valero.

The other option is to study the long fragments of the APP, “but they are processed so quickly that they do not really reflect anything pathological. However, looking at the glycosylation we have seen that, although the total levels are not altered, there is an indication that the protein is synthesized differently and therefore can be processed in a different way, giving rise to the toxic cascade that triggers Alzheimer’s disease,” Sáez-Valero points out.