Monkeypox is a rare viral infection, with most cases of the virus reported in Africa. It’s not spread easily between people and the risk to the general public in the UK is very low. But while it’s usually a self-limiting illness and most people recover within a few weeks, some individuals can suffer severe illness and it can prove fatal.

The case of monkeypox in the UK has been confirmed in England, and the patient is believed to have contracted the infection while visiting Nigeria.

Public Health England (PHE) has said the patient was staying in South West England prior to transfer to the specialist high consequence infectious disease centre at Guy’s and St Thomas’ NHS Foundation Trust, London, where they are receiving appropriate care.

As a precautionary measure, PHE experts are now working closely with NHS colleagues to implement rapid infection control procedures, including contacting people who might have been in close contact with the individual to provide information and health advice.

This includes contacting passengers who travelled in close proximity to the patient on the same flight to the UK. 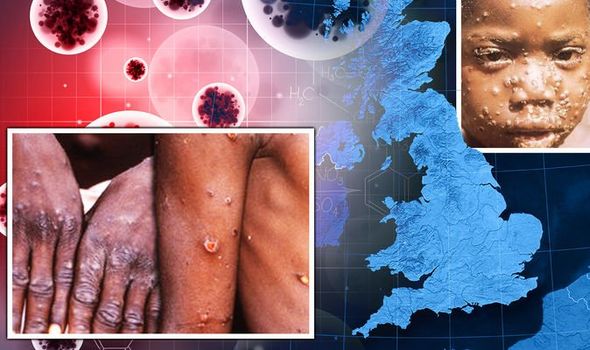 If passengers are not contacted, then there is no action they should take.

Dr Meera Chand, Consultant Microbiologist at Public Health England, said in a statement: “Monkeypox does not spread easily between people and the overall risk to the general public is very low.

“We are following up with those who have had close contact with the patient to offer advice and to monitor them as necessary.

“PHE and the NHS have well established and robust infection control procedures for dealing with cases of imported infectious disease and these will be strictly followed to minimise the risk of transmission.”

This is not the first time the virus has been detected in the UK.

PHE reported the first UK cases of monkeypox in September 2018.

There was a total of three cases of monkeypox in the UK that month.

The first two were in people who had travelled from Africa, and the third person was a healthcare worker who cared forgone of the two first cases. 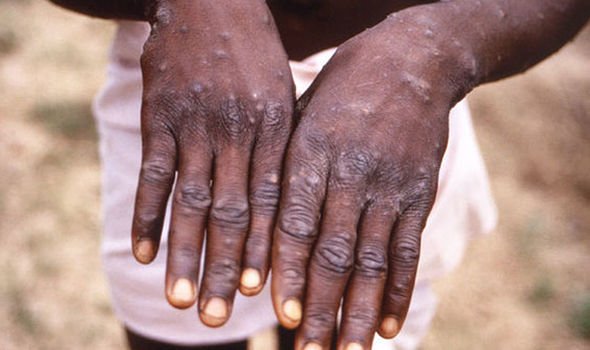 The healthcare worker was infected before monkeypox was suspected and special precautions were put in place.

So what are the symptoms of monkeypox?

The NHS says the illness begins with:

The health body adds: “A rash usually begins one to five days after the first symptoms appear. The spots often start on the face before spreading to other parts of the body. 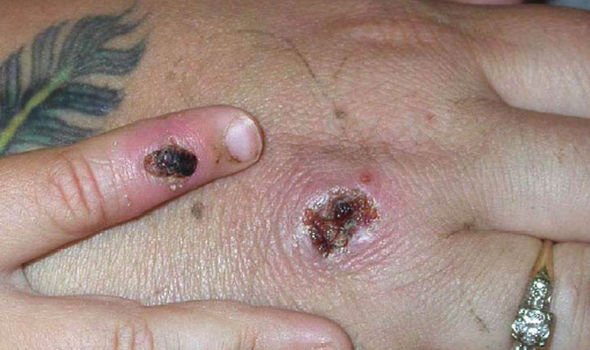 “During the illness the rash changes from raised red bumps, to spots filled with fluid. The spots eventually form scabs which later fall off.”

How is monkeypox spread

While monkeypox doesn’t spread easily between people, it is possible to catch it from touching items like clothing, bedding or towels used by an infected person.

People can also catch the virus from touching monkeypox spots or scabs or if a person with a monkeypox rash who coughs or sneezes near you.

Treatment for monkeypox aims to relieve symptoms and takes place in specialist hospitals.