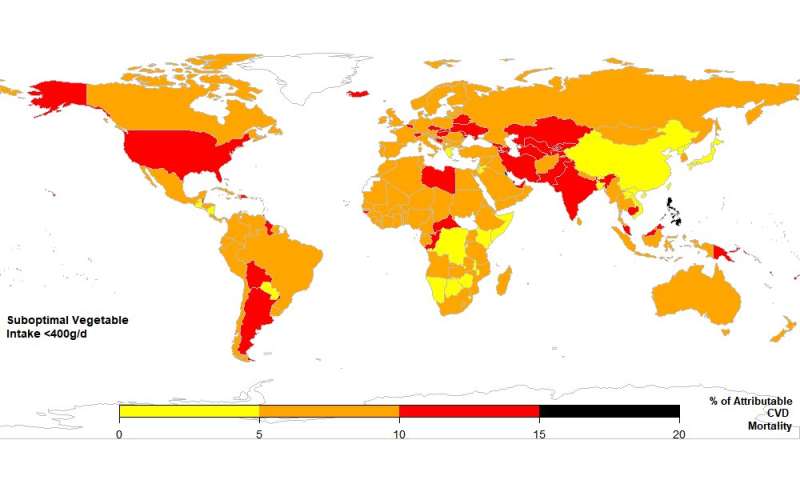 “Fruits and vegetables are a modifiable component of diet that can impact preventable deaths globally,” said lead study author Victoria Miller, a postdoctoral researcher at the Friedman School of Nutrition Science and Policy at Tufts University. “Our findings indicate the need for population-based efforts to increase fruit and vegetable consumption throughout the world.”

Miller will present the research findings at Nutrition 2019, the American Society for Nutrition annual meeting, held June 8-11, 2019 in Baltimore.

Fruits and vegetables are good sources of fiber, potassium, magnesium, antioxidants and phenolics, which have been shown to reduce blood pressure and cholesterol. Fresh fruits and vegetables also improve the health and diversity of good bacteria in the digestive tract. People who eat more of these foods also are less likely to be overweight or obese, lowering their risk of cardiovascular disease.

“Global nutrition priorities have traditionally focused on providing sufficient calories, vitamin supplementation and reducing additives like salt and sugar,” said senior study author Dariush Mozaffarian, dean of the Friedman School of Nutrition Science and Policy at Tufts University. “These findings indicate a need to expand the focus to increasing availability and consumption of protective foods like fruits, vegetables and legumes—a positive message with tremendous potential for improving global health.” 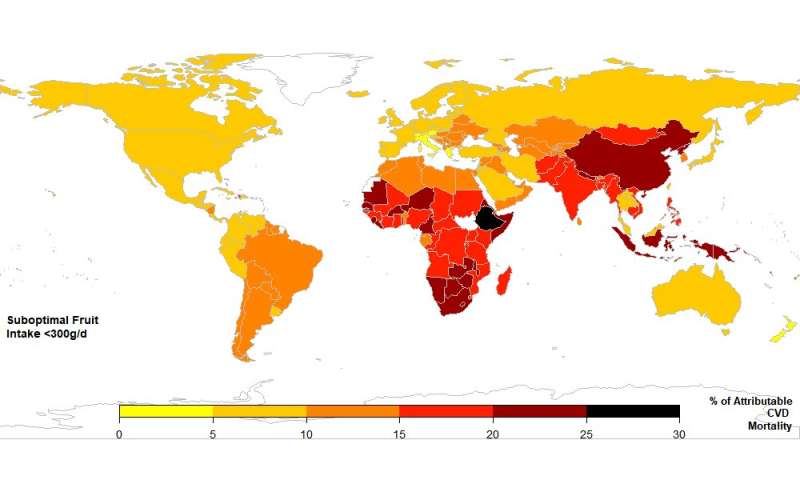 The researchers estimated average national intakes of fruit and vegetables from diet surveys and food availability data representing 113 countries (about 82 percent of the world’s population), then combined this information with data on causes of death in each country and data on the cardiovascular risk associated with inadequate fruit and vegetable consumption. The work is part of the Global Dietary Database project funded by the Bill & Melinda Gates Foundation.