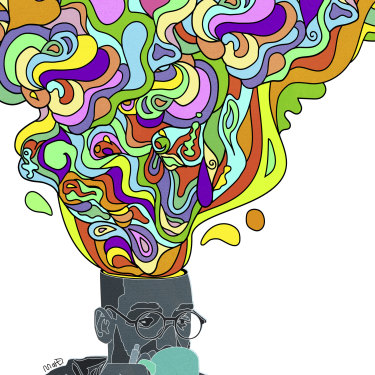 Microdosing is an experimental trend of taking minute doses of illicit, psychedelic drugs, such as LSD, regularly to sharpen the mind.Credit:Matt Davidson

Five years ago Christina*, a 43-year-old professional who worked in the book industry, started taking tiny amounts of LSD most mornings for four months.

Although the doses of the illicit substance were too small to induce hallucinogenic trips, Christina claims it had a significant impact on her anxiety, concentration and experience of life.

Her curiosity was piqued after reading about “microdosing” – a term popularised by the 2011 book The Psychedelic Explorers Guide by James Fadiman.

Microdosing is a different way of consuming psychedelic drugs, such as LSD and magic mushrooms, which involves regularly taking small amounts of a psychedelic drug (typically 5-10 per cent of a full recreational dose).

Proponents say it can improve mood and boost productivity.

In 2015 Rolling Stone magazine breathlessly reported that microdosing acid – another term for LSD – had become the “creativity enhancer of choice” for tech start-up workers in San Francisco.

Christina was intrigued, but given the illegal drug market is unregulated she was concerned she would not be sure of the potency or size of the dose.

But then a friend, who Christina said had done a lot of research into microdosing, gave her LSD diluted in vodka, a small syringe, and strict instructions on dosage.

Christina, who asked that her real name not be used because psychedelic drugs are illegal in Australia, found the effects of microdosing subtle but beneficial.

“I felt no tripping effects but I noticed increased mental acuity, more interest in what was going on around me and a greater ability to connect to people,” Christina says. “I operate with a base level of anxiety and that dropped away.” 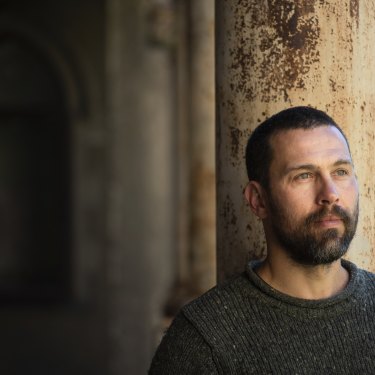 Dr Paul Liknaitzky has co-authored the most comprehensive review ever conducted of microdosing studies.Credit:Penny Stephens

“There’s a substantial amount of microdosing in the community,” says Dr Paul Liknaitzky, the head of clinical psychedelic research at Monash University.

“Microdosing became incredibly popular in the context of almost no research evidence. But that is just starting to change. Trailing the widespread practice, the field of microdosing research is now rapidly emerging.”

Despite glowing testimonials from some microdosers, the science remains “patchy and anecdotal”, according to an international group of researchers led by Imperial College London and Maastricht University in 2019.

‘I felt no tripping effects but I noticed increased mental acuity.’

“Despite so much interest in the subject, we still don’t have any agreed scientific consensus on what microdosing is – like what constitutes a micro dose, how often someone would take it, and even if there may be potential health effects,” David Nutt, professor of neuropsychopharmacology at Imperial College London, said at the time.

There are also concerns that microdosing may carry risks. Psychedelics are prohibited in Australia outside clinical trials, which means those who take them “in the wild”, as Liknaitzky puts it, cannot always be sure where the substances come from or their potency.

Synthetic psychedelics, such as LSD, tend to be sourced on the dark web or via illicit drug dealers, while magic mushrooms grow in abundance from the tip of Queensland to the southernmost forests of Tasmania, but can look dangerously similar to poisonous mushrooms.

“While infrequent and high doses of psychedelics in clinically supported environments have been found to be physically safe, there is some plausible concern about possible cardiovascular risks associated with long-term and frequent use of low doses of psychedelics,” Liknaitzky says.

And some researchers have argued the benefits of microdosing are largely a placebo-driven effect. In other words, people believe taking microdoses of LSD or magic mushrooms will enhance their well-being or cognition and the beliefs themselves produce the change.

In 2021, a placebo-controlled trial by researchers at Imperial College London of 191 participants found the psychological outcomes of microdosers improved significantly.

But so too did those of the people who were taking placebos for four weeks; in fact, there was no difference between the two groups.

“The findings suggest that anecdotal benefits of microdosing can be explained by the placebo effect,” the research says. 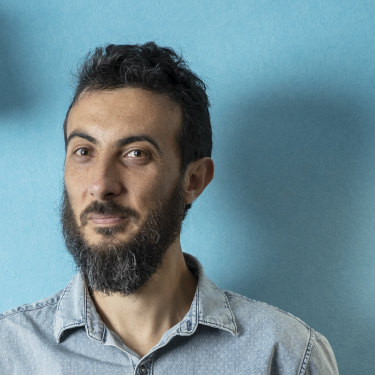 But in a new paper, Dr Vince Polito, a senior research fellow in cognitive science at Macquarie University, and Liknaitzky argue that the more recent claims that microdosing effects are largely due to expectancy are “premature and possibly wrong”.

The pair conducted the most comprehensive review to date on microdosing psychedelics, reviewing 44 studies published between 1955 and 2021.

Their review, published in the August edition of the peer-reviewed journal Neuroscience & Biobehavioral Reviews, found good evidence across both survey and controlled lab studies that psychedelic microdoses can reduce pain, alter the perception of time and cause noticeable changes to conscious awareness.

“The evidence to date that we reviewed does not yet give a clear picture of whether the reported benefits of microdosing are due predominantly to drug effects or placebo effects,” Liknaitzky says.

Less than half of the studies the pair reviewed were placebo controlled, for example. Of those with placebos, many participants accurately guessed they had consumed a psychedelic drug, which meant it was impossible to tease apart the influence of expectation and drug effects.

‘Some of the self-report data is really quite compelling.’

Liknaitzky says the lab studies to date – which involved between one and six microdosing sessions – did not resemble microdosing practice in the community, where people often took microdoses every three days for a period of at least a month or two.

“By way of comparison, traditional antidepressant medications can take a number of weeks for the full effects to emerge,” he says.

He added that many of the controlled studies used very low and possibly inadequate doses.

“A defining feature of microdosing is that there is no functional impairment, no reduction in the ability to work, socialise, drive, and so on,” he says. “So the dose needs to be very low. But the dose also makes the medicine, and can’t be too low. Given these constraints, there’s probably a pretty narrow margin for what an effective dose could be.”

The paper makes recommendations for the emerging field, including longitudinal studies, trials using active placebo controls (such as low doses of other psychoactive drugs), diverse participants rather than enthusiastic microdosing volunteers, and more research into the safety of microdosing.

“We’re at a very early point in this research” Liknaitzky says. “The stage is now set to move into the development of a robust science of microdosing, answering key questions, and determining whether microdosing represents a reliable and useful tool for mental ill-health and optimisation.”

Next year Polito will lead a clinical trial at Macquarie University looking at microdosing as a potential treatment for moderate depression. This will be the largest microdosing study in the world.

“Some of the self-report data is really quite compelling,” Polito says. “One study showed that just over half of people taking traditional antidepressants stopped taking them after they started microdosing.”

Within the clinical trial, people experiencing moderate depression will be given 11 microdoses over six weeks.

”We’re giving people five milligrams of synthetic psilocybin, which is certainly not a hallucinogenic dose, but it is a more solid microdose than most of the past research,” Polito says.

While Liknaitzky says the jury is still out on microdosing, he predicts, with what he wryly calls “a low level of confidence”, that some people will derive substantial benefits from microdosing, whether it be to their mental health, cognition, attention or creativity.

“I don’t think it’s a nothing burger. And I don’t predict that it will turn out to be all expectancy,” he says.

Christina stopped microdosing when she started a new job, amid concerns she would accidentally take a stronger dose and trip at work.

But she remains convinced that microdosing had a significant impact on her anxiety, concentration and experience of life.

She thinks carefully when asked if her experience of microdosing could be put down to the placebo effect. “There’s completely that possibility except my anxiety was not there any more,” she says slowly. “I’m a case study of one, but that’s what opens up – your ability to connect, be present, pay more attention because you are not having your energy sucked away by anxiety.”

*Not her real name.

Liam Mannix’s Examine newsletter explains and analyses science with a rigorous focus on the evidence. Sign up to get it each week.