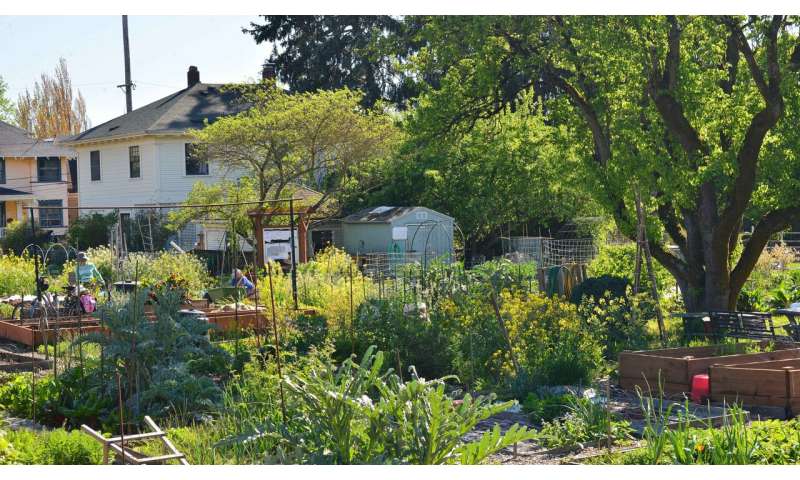 A research team led by the University of Adelaide has found that revegetation of green spaces within cities can improve soil microbiota diversity towards a more natural, biodiverse state, which has been linked to human health benefits.

In the study, published in the journal Restoration Ecology, researchers compared the composition of a variety of urban green space vegetation types of varying levels of vegetation diversity, including lawns, vacant lots, parklands, revegetated woodlands and remnant woodlands within the City of Playford Council area in South Australia.

The purpose of the research was to understand whether it is possible to restore the microbiome of urban green spaces, a process known as microbiome rewilding. It is believed this process could expose us to a greater variety and number of microbiota (organisms living within a specific environment) and provide a form of immune system training and regulation.

“Exposure to biodiverse natural environments carries ecological benefits—green spaces with higher eco-system function give children better exposure to pick things up from soil, for example, there are microbial compounds in soil that reduce stress and anxiety.

“Put simply, the more diversity in microbiota that children are exposed to the healthier they will grow up,” he said.

The research found that the revegetated and remnant woodlands examined comprised more native plant species than other green spaces such as lawns and vacant lots, and had greater diversity of microbiota.

Furthermore the soil microbiotas in revegetated urban green spaces were similar to those found in remnant woodlands, and differed greatly from lawns and vacant lots, which had lower microbiota diversity.

“This indicates that the revegetated woodlands soil microbiome had somewhat recovered to its previous more natural biodiverse state,” says Jacob.

“Plant species richness, soil pH and electrical conductivity were the main variables for microbial communities in our study, the more diverse the soil biodiversity the better the eco-system function. Urban spaces low in microbial diversity tend to be more conducive to pathogens and pests, also known as microbial ‘weeds.'”

“Increasing plant species diversity is important for the structure of microbial communities and increases eco-system function,” he says.

Jacob says the findings of the study has implications for urban design, landscape architecture and councils.

“Our study provides a footing for urban planners and designers to place the environmental microbiome and access to diverse green spaces in their design principles when developing and rejuvenating urban areas.

“Greater biodiversity comes with the potential to reduce non-communicable disease rates through improved training of our immune systems to fight illness and disease.

“It could be implemented as a potential preventative health measure, particularly beneficial for lower socio-economic areas and could lessen the burden on our health systems.”

The study is believed to provide the first evidence that revegetation can improve urban soil microbiota diversity towards a more natural, biodiverse state by creating more wild habitat conditions. This evidence supports initiating further studies within the growing field of microbiome rewilding.