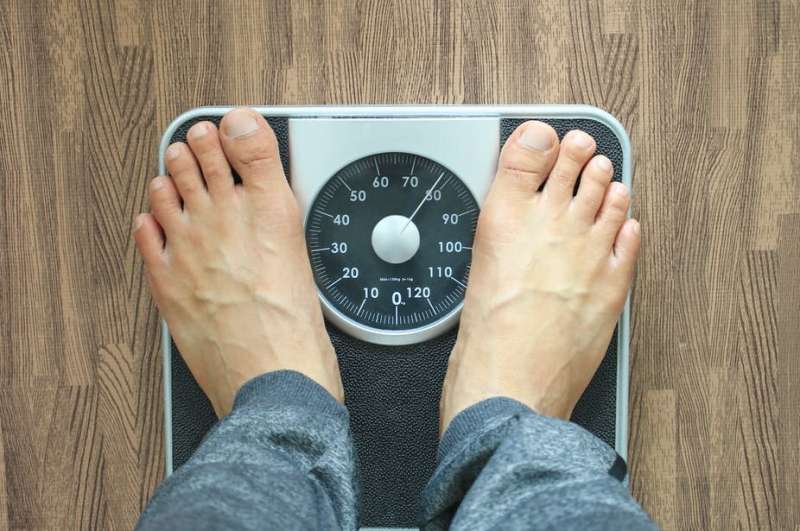 For a long time, it was believed that after the age of 20 your metabolism decreased dramatically—making it harder to lose weight and keep in shape. But a recent study has shown our metabolism—also known as energy expenditure—stays relatively stable between the ages of 20 and 60, before decreasing at older ages.

The researchers looked at existing studies on energy expenditure from 29 different countries. In total, they looked at data on around 6,400 people from birth to 95 years of age. Each study measured energy expenditure using a method called doubly labeled water. This has participants drink a special type of water, in which a safe, radioactive marker has been added. The marker identifies the hydrogen and oxygen present in the water, which allows researchers to track how quickly the body processes both. Urine samples are then taken from each person to track the rate they’ve both traveled through the body. This gives researchers an accurate measure of a person’s metabolic rate—the amount of energy they used in a day.

The analysis showed that energy expenditure (metabolism) rapidly increased from birth to one year. After this, energy expenditure gradually decreased until the age of 20, at which point it became stable until age 60—even during pregnancy. After 60 was when energy expenditure begins to fall. These findings were true even when researchers took into account different factors—such as physical activity and body composition (how much fat or muscle a person had and how much they weighed) – which can affect a person’s metabolism.

This study builds on our understanding of the human metabolism. Knowing how our metabolism may (or may not) change during our lives can be important for knowing how diseases—such as obesity, diabetes, heart disease and even some cancers—can be treated.

But one problem with the study’s findings is that they didn’t take into account a person’s energy intake. Many people still see their weight increase as they get older, despite their metabolism staying relatively the same throughout their life. This suggests that weight gain isn’t a result of a slowing metabolism. Rather, it’s more likely to be due to eating more food (energy) than our body uses.

Metabolism is affected by many factors—including the amount of food we eat, how much physical activity we get, weight, and whether we have a lot of muscle. Metabolism can also affect how energy is obtained from foods. For example, when we eat more than we need, the body is more likely to use carbohydrates and protein from these foods as fuel, and store the fat—causing weight gain. Weight gain and obesity are both linked to metabolic rate, caused by eating more energy than we use.

With so many things to keep track of, it can be difficult to understand how best to manage one’s weight. This is why experts have created national recommendations of how many calories people of different ages and activity levels should get. These recommendations are made using data on energy expenditure—rather than energy intake. This is because measuring expenditure is thought to be more accurate than measuring energy intake, which is usually done by asking people to self-report what they eat daily.

But the problem with using data on energy expenditure is that these recommendations are made using an average value—so what works for some may not work for everyone. For example, some people who are not very active may need to eat less than guidelines recommend. This may also be why we’re seeing such a mismatch with energy expenditure levels and reported energy intakes in British adults. In fact, some studies suggest they are eating well below what the daily recommendations are—and yet we’re still seeing more people becoming overweight and obese in the UK every year.

Why people appear to be eating below the national recommendations could be due to a number of reasons. For example, research on energy intake shows that some participants may misreport how much they eat daily in surveys. Under-reporting may not be the whole story. Even apps which measure food intake in detail also give lower values of the amount people eat compared to recommendations. This can make it look like people are actually eating less than they need. Other things, such as amount of activity and body size can affect how much energy we need. Recommendations may not take these things adequately into account.

What is promising about the data from this study is that it used a more accurate measure of energy expenditure with people of all ages than some studies have used in the past. This study shows us that energy needs don’t appear to change dramatically over an adult’s life, so these findings may well be useful for adjusting our current recommendations for energy requirements. But it will be key to match new recommendations on energy intakes to how requirements can vary from each person according to their activity levels and body weight. It will also be important to develop better ways of personalizing recommendations, so that each person can manage their weight most effectively.