Dr Chris: One million people on antidepressants they don't need

New figures from the NHS show that more than one million prescriptions for these medicines were given to children aged 13 to 19 last year. 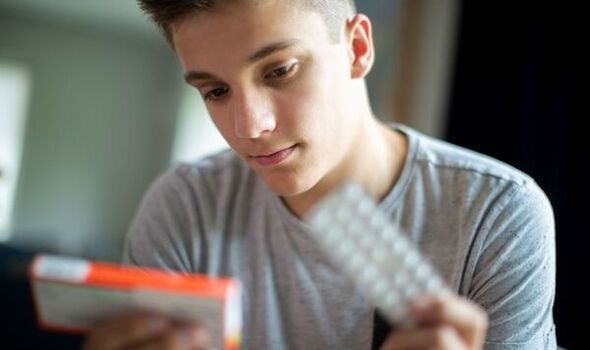 It is further evidence today’s children are suffering from a severe mental health crisis which some experts fear was made worse by the effects of the pandemic lockdowns.

It is thought that teenagers becoming increasingly anxious about their futures, the uncertain economic situation and the pressures of social media have all fed into youngsters’ mental health issues.

The figures from the NHS also show that the number of prescriptions issued to teenagers accelerated last year at the highest rate for five years.

The explosion in these tablets controversially being prescribed to children comes despite NHS guidance that antidepressants should only be prescribed to under 18s in cases of moderate or severe depression when they are taken alongside psychological therapy.

In some cases it is believed the side-effects of taking such medication can trigger thoughts of suicide and self-harm.

Doctors stress that not all the prescriptions will be for psychological issues as the pills can also be given to tackle physiological conditions such as irritable bowel syndrome and headaches.

A recent government report on the impact of the pandemic stated the number of 6 to 16-year-old children with a “probable mental health disorder” increased from 11.6 percent – one in nine – in 2017 to to almost one in five – 17.4 percent in 2021.

Dr Zenobia Storah, a child and adolescent psychologist said: “These shocking figures reflect the child mental health crisis which we know is since and due to pandemic restrictions. There are still unanswered questions about the safety and tolerability of antidepressants in children and we have to ask, are children being offered these drugs with evidence-based talking therapies or are they being used as alternatives because their needs cannot be met by the overstretched child mental health services?”

A recent Unicef survey ranked the UK in the bottom third of wealthy nations when it came to assessing the quality of children’s mental health.

“The experiences of lockdown, bereavement and ongoing strains on family relationships of economic uncertainty can damage many children’s mental well-being. Children may feel anxious, insecure and fearful for the future.”

Anastasia De Waal, Director of the I Can Be children’s charity, said: “These figures emphasise the difficulties young people are facing around mental health, with analysis presenting a bleak picture of the ongoing effects of the pandemic and economic uncertainties.”

Chris Martin, Chief Executive of The Mix, a charity that provides support services to under 25s, said: “The continued spike in the usage of antidepressants by young people is really concerning with some as young as 13 being prescribed drugs to deal with their mental health.

“New research from The Mix shows that a further 12 percent of young people have used antidepressants outside of prescription within the last 12 months, with some showing signs of addiction.

“While the use of medication to treat mental health issues can be invaluable, its prevalence as the first – or only – course of treatment for young people is worrying.”

Earlier this year this paper reported an increase in controversial prescriptions of potentially highly addictive valium and other sedatives among under 18s. The numbers have soared by almost two thirds (57 percent) over the past four years and increased sharply since the beginning of the pandemic. There are currently 350 approvals for the drugs, issued every day on the NHS in England.

The drugs are classed as hypnotics, which are designed to help with sleep disorders, and anxiolytics, a category of drugs used to prevent anxiety and treat anxiety related to anxiety disorders.

Marcantonio Spada, a Professor of Addictive Behaviours and Mental Health who co-developed national guidelines on how to help patients withdraw from anti-anxiety drugs said: “The numbers of under 18s being given these drugs is staggering and extremely worrying. We know these drugs are incredibly addictive and people become dependent on them very easily.

“The data show the biggest increases in these prescriptions have been between 2021 and 2022 in the year of the pandemic. Children were locked down for a long time, subjected to fear based messaging, and not allowed to go to school or socialise. Research shows the psychological distress has been very high.

It is no surprise that we have a jump in these prescriptions which is likely to be at least in part down to the measures adopted during the pandemic.”