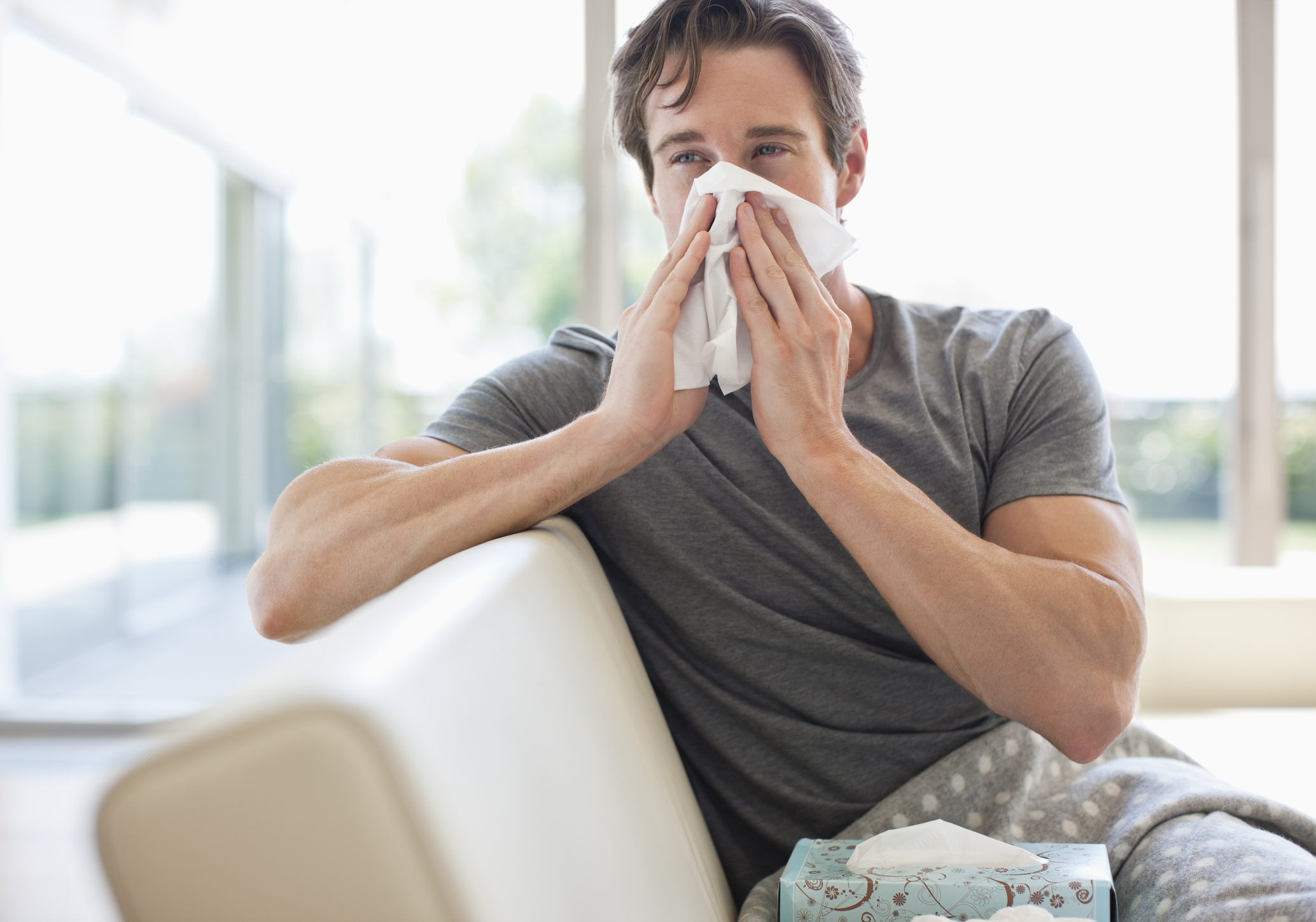 It’s not the first allergy that comes to mind, but research now shows men can be allergic to their own orgasms.

The allergy comes up as immediate flu-like symptoms, such as coughing, sneezing, a fever and muscle weakness.

Reactions can last a few days to a week, and researchers say it could be due to an autoimmune response caused by the sperm.

Andrew Shanholtzer, co-author of the study, from the Oakland University William Beaumont School of Medicine, said there are nearly 60 identified cases of men with the condition – but ‘many more’ could be out there.

He said: ‘Many health providers do not know about it, let alone the public. It is more than likely that it is underdiagnosed, with many sufferers out there.’

Andrew has been working on treatments, and says his team has treated a 27-year-old.

The patient noticed from 18 he would cough, sneeze, develop a hive-like rash on his arms and his lymph glands would swell whenever he ejaculated.

‘Because of the distressing nature of his symptoms, he actively avoided any sexual activity or romantic relationships,’ the researchers wrote in Urology Case Reports.

Now the team have said he’s successfully treated using fexofenadine, which reduces symptoms by up to 90%.

Andrew believes the allergy can come from an infection or injury to the testicles, resulting in microscopic amounts of sperm leaking into the bloodstream – causing the body to attack.

He said: ‘There are special cells called Sertoli cells that nurture and surround sperm and keep it isolated from immune cells.

There is hope for sufferers through this new treatment.