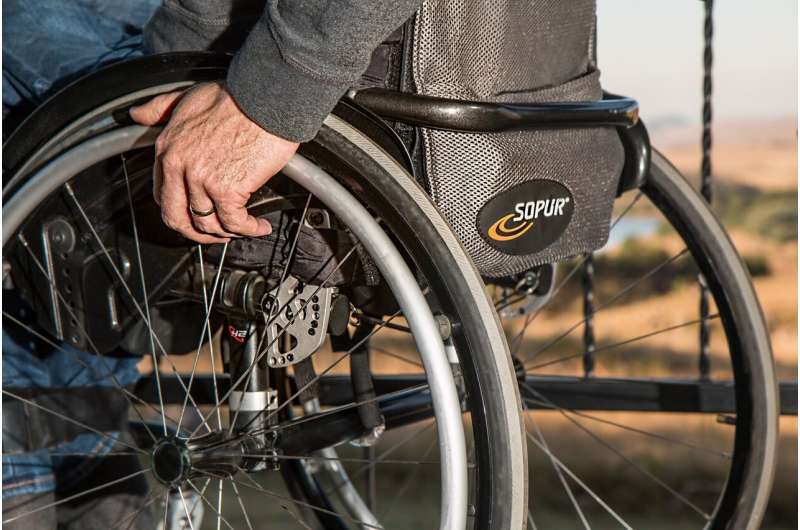 Patients with disabilities often face medical providers who make inaccurate assumptions about their quality of life that can lead to paternalism and substandard care, according to an essay published this week in the New England Journal of Medicine (NEJM).

“The term ‘ableism’ is not as well-known as the term ‘racism’ but it is a concept that is underrecognized in medicine,” said essay author Megan Morris, Ph.D., MPH, an associate professor at the University of Colorado School of Medicine who focuses on health disparities among those with disabilities. “The health care system is not set up to deal with this population who is at serious risk for experiencing disparities.”

‘Ableism’ is a wide-ranging term that includes discrimination against those with physical, mental and intellectual disabilities

Morris’s essay, ‘Death by Ableism,’ was published today in the Perspective section of the NEJM. In it, she vividly chronicles the last days of her Uncle David, who had developmental disabilities and endured routine seizures.

“It took me two years to finally write about what happened,” she said.

David lived with his aging parents. He was outgoing and friendly, routinely walking the neighborhood, chatting up friends and telling jokes. He loved gin rummy, television sit-coms and especially his niece.

“For my birthday each year he would give me a card signed in his shaky cursive, ‘Love, Uncle David.’

In her essay, Morris detailed the events of December 23, 2016 when she and her parents rushed her uncle, then 54, to the emergency room. He had aspiration pneumonia and problems swallowing. His pneumonia improved but swallowing remained difficult.

With his regular care team gone for the holidays, Morris proposed giving her uncle a temporary nasogastric (NG) tube until they returned. It would deliver nutrition while decreasing the risk of him eating, inhaling food and getting pneumonia again.

The medical team resisted. It would be uncomfortable for him, they said. They suggested he be admitted to hospice with no nutritional support. The family argued against it and left the hospital thinking they had reached an agreement with the doctors.

But the care team talked to David’s parents who consented to his discharge without an NG tube and on a full oral diet.

“To this day we remain uncertain if my grandparents knew what they were consenting to,” Morris wrote.

Within a day, he developed pneumonia. This time Morris and her family reluctantly consented to hospice care. Morris used suction and a sponge to clear the endless drainage and saliva that ‘poured from his mouth like quickly moving lava.’

He died on New Year’s Eve.

Morris struggled with guilt, feelings that she didn’t advocate hard enough for her uncle and the realization that he had suffered countless ‘ableist’ slights that may have resulted in a premature death.

Medical professionals often assumed his disability meant he was incontinent, couldn’t speak well or walk independently. Morris once posted signs in his room listing his favorite discussion topics—country music and comedies—in an effort to humanize him and get him better care.

“I have sat and listened to people’s stories for the past decade plus. People with disabilities will go to the doctor and the health team won’t look them in the eye,” she said. “They make assumptions about their conditions without discussing it with them.”

Morris cited a study where some doctors in focus groups admitted to trying to rid their caseloads of people with disabilities.

“Some assume a life with a disability is not a life worth living,” she said. “But studies show the exact opposite. People with disabilities report a similar quality of life as those without disabilities.”

Morris, who is also an investigator with the Adult & Child Consortium for Health Outcomes Research & Delivery Science (ACCORDS) and the Center for Bioethics and Humanities at the CU School of Medicine, hopes her essay will spur medical teams to rethink their views of those with disabilities.

“I hope clinicians will read it and maybe think twice about the assumptions they make when providing care to patients,” she said.

Morris is still working through her uncle’s death.

While boxing up his things, she found a pack of pastel index cards. Each card had an affirmation he had written about his importance to his family and community. Each card, an attempt to beat back feelings of worthlessness.

“As I read the words on the cards,” she wrote. “I prayed that at the end David knew he was valued.”