Me and my operation: How a high-speed water jet shrank my enlarged prostate and helped my love life bloom again

Many men over 50 have urinary problems caused by an enlarged prostate, but now a high-speed water jet can treat them. Paul Griffiths, 67, a semi-retired estimating engineer from Keynsham, near Bristol, had it done, as he tells Carol Davis. 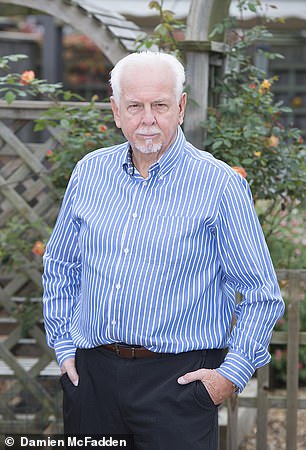 Paul Griffiths, 67, a semi-retired estimating engineer from Keynsham, near Bristol

Since my 50s, I’ve had to get up in the night to go to the loo — it could be four or five times if I’d been out for a drink.

After about three years I sought help. It was getting annoying and disturbing my sleep. My GP said it was probably benign prostate overgrowth, which happens as men age: the prostate, a walnut-shaped gland surrounding the urethra (the tube which carries urine out of the body) grows and can block flow. He examined me and referred me to a specialist for tests.

A few weeks later an ultrasound scan showed my prostate was very large — they didn’t give me a measurement but called it a ‘monster’. They said it was pressing on my urethra, so I couldn’t empty my bladder properly, which is why I had to keep going to the loo.

My consultant recommended transurethral resection of the prostate (TURP), where they cut away overgrown prostate tissue. But the risks included erectile dysfunction. I couldn’t bear the thought. I didn’t want the physical side of my relationship with my wife Susan to end.

Instead, I was prescribed a drug, finasteride, to shrink the prostate. But it, too, had side-effects. It made me grow breasts and I couldn’t produce semen, so my sex life was affected anyway. 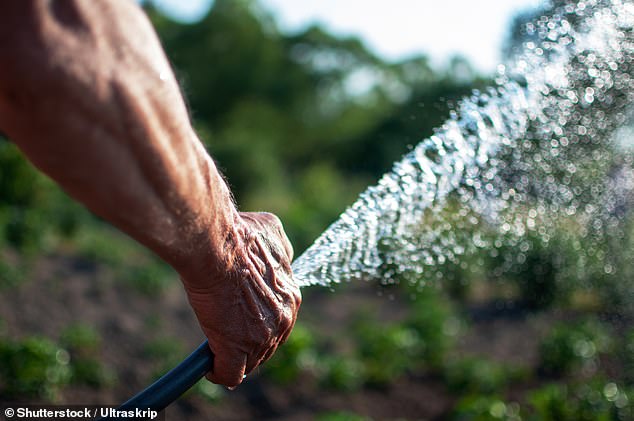 I did some reading and heard about a new treatment being trialled at Frimley Park Hospital in Surrey. Called Aquabeam, it uses a high‑powered water jet to remove excess tissue (file image)

I had fewer erections, and my wife started wondering if I had another woman.

After three years of this, I stopped taking it and just lived with the frequent urination, getting up at night for the loo and going around 15 times a day. As a result, it was hard to sit through anything and I stopped going to the theatre or cinema.

Stress at work can cause painful joints. A new study in the journal Cogent Psychology, found that out of 200 people, those who reported having the biggest workloads also had more pain in up to 12 areas of the body.

One theory is that high mental workloads lead to fatigue and poor sleep, which in turn causes musculoskeletal problems.

I’d take ages at the urinal as my bladder would never fully empty. But I didn’t want to be seen as loitering, so I started using a cubicle in public loos instead.

I was referred back to the consultant. Again, they suggested TURP but I still couldn’t face it.

I did some reading and heard about a new treatment being trialled at Frimley Park Hospital in Surrey.

Called Aquabeam, it uses a high‑powered water jet to remove excess tissue. It was less risky than TURP, so I could retain my sexual function.

I wrote to the consultant running the trial and pushed my GP for a referral. I had an appointment with the surgeon, Neil Barber, in September 2017.

After scans, he said I’d be suitable for the next trial. I couldn’t wait. I finally had the hour-long procedure under general anaesthetic in May 2018. I was woozy afterwards and had a catheter for two days. But when it came out, I could empty my bladder properly, just like when I was a boy. It was amazing!

Now I can enjoy a few pints and still sleep through — and our love life is better than ever. 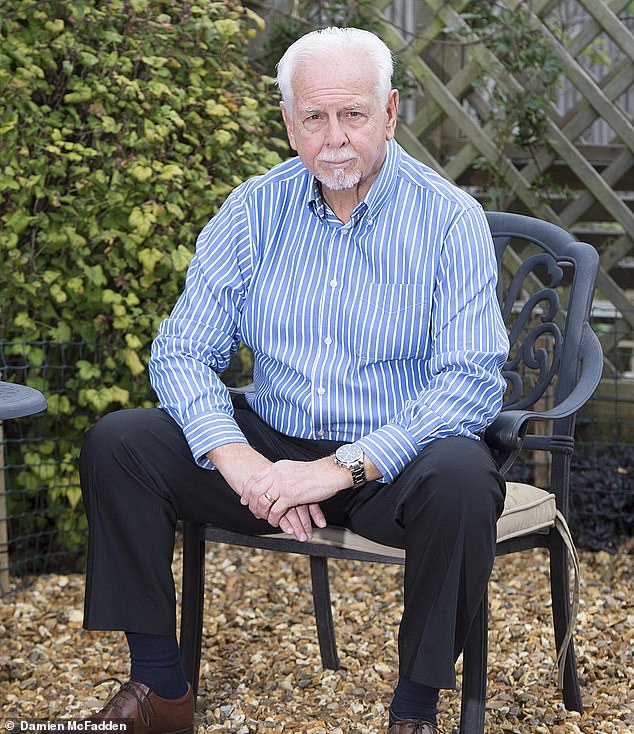 ‘I’d take ages at the urinal as my bladder would never fully empty. But I didn’t want to be seen as loitering, so I started using a cubicle in public loos instead’

How you handle food can affect your health. This week: Honey

Be careful when storing manuka honey.

It often costs more because of the apparent anti-bacterial compounds it contains but poor storage can cause these to rapidly decline. Specifically, a substance called methylglyoxal (MG), which is made from the conversion of a second substance, dihydroxyacetone (DHA), in the honey.

‘If DHA levels fall, there is not enough to support the MG level for the shelf life of the product — and heat damages DHA,’ explains John Rawcliffe from the UMF Honey Association. ‘Honey is best stored in similar conditions to that in a beehive, somewhere dark and cool.’

Keep rice and grains in a cool environment, too. Results from a 2006 study published in the journal Food Chemistry found that rice stored at a temperature of 25c (77f) lost 16.7 per cent of the B vitamin thiamine in six months.

Benign prostate growth affects most men from their late-40s onwards, when the prostate, a gland which adds the ‘carrier’ fluid to semen and surrounds the urethra, enlarges with age.

This can cause increased urinary frequency and urgency, which greatly affects quality of life.

We can offer medication which relaxes the prostate and bladder muscles, or those such as finasteride which block testosterone. These can reduce the size of the prostate by up to 30 per cent, but they all have side-effects, the latter impacting on libido and erectile function.

We also have minimally invasive options such as UroLift, where we pull the prostate aside with tiny implants. This is not suitable for larger prostates, though, as the implants aren’t strong enough.

Or we can offer transurethral resection of the prostate, passing electricity through a loop to remove prostate tissue.

While TURP is well established, it causes bleeding; and 40 to 80 per cent of men will have a permanently dry ejaculation, meaning nothing comes out on climax. There is also a 5 per cent risk of erectile dysfunction, as the electricity and heat can damage nerves.

We have been trialling Aquabeam, which uses a high-speed jet of saline to ‘wash’ excess prostate tissue away.

When symptoms in one area indicate a problem elsewhere. This week: ‘Toothache’ that’s actually a sinus problem

The sinuses are small, air-filled cavities which sit behind the cheekbones and forehead.

When these become inflamed due to infection, it can feel like dental pain — usually in the upper rear teeth as these are closest to the sinuses, says Luke Cascarini, a consultant head and neck surgeon at Guy’s and St Thomas’ NHS Foundation Trust in London.

Sinusitis usually clears up by itself, though your GP may recommend steroid nasal sprays or drops to reduce the swelling in your nose.

We use live ultrasound to give us a good image of the prostate so we can plan the procedure and target the saline very carefully, so that it does not damage healthy tissue. We now have good two-year results from our randomised trial, showing that Aquabeam has a much lower risk of damaging sexual function than other procedures.

So far, global randomised trials have seen only 11 per cent of men suffer dry ejaculation after Aquabeam and none so far with erectile dysfunction. More than 2,000 men have now been treated.

While this is only available on the NHS at Frimley Park for now — as I was part of the trial and managed to get it adopted — I hope it will be rolled out elsewhere soon.

The procedure takes 45 to 60 minutes, usually under general or spinal anaesthetic. First, we put an ultrasound probe into the patient’s bottom and manoeuvre it to where the prostate is.

Using the live images provided by the probe, I plan the procedure using mapping software. I gently place the handpiece through the penis, down the urethra and to the prostate, where the high-speed water jet is targeted to wash away prostate tissue. Destroyed tissue is suctioned out and removed via ports in the device.

The patient stays in hospital for one to two nights. They might have bleeding from the prostate in their urine, and urinary urgency or frequency for a couple of weeks due to inflammation, but this should settle down quickly.