HEALTH NOTES: Sharp increase in dog bites over the past year with the jump blamed on poorly-trained lockdown pets

Injuries from serious dog bites have soared in the past year, with untrained pets bought during lockdown being blamed.

The number of people in England admitted to hospital due to canine attacks has risen by almost 20 per cent in a year, to 8,655, according to NHS data. Roughly 600 children aged under four have been bitten badly in the past year – up from 565 the year before.

In response to the rise, major charities have warned the public against approaching dogs if they are ‘frightened or unhappy’. Dr Samantha Gaines, dog welfare expert with the animal charity RSPCA said: ‘Signs include showing their teeth, growling, putting their ears back and avoiding eye contact.’

The reason for the rise is said to be pandemic-related. ‘There was a boom in dog adoption during lockdown,’ said Dr Gaines, ‘and most of those dogs would have missed out on socialisation, which is key for controlling aggression’. 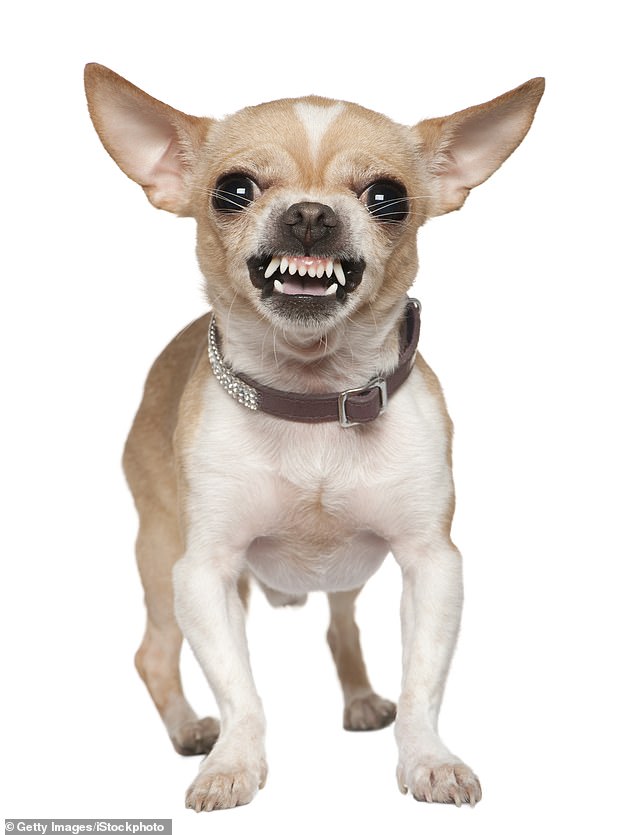 The number of people in England admitted to hospital due to canine attacks has risen by almost 20 per cent in a year, to 8,655, according to NHS data

A drug-free gel to treat diarrhoea that’s already available over-the-counter has been shown to be effective at relieving symptoms caused by irritable bowel syndrome, according to a trial.

One in five Britons suffers IBS, which causes stomach cramps, bloating and in some cases diarrhoea. There is no cure, but diet changes and medication can help to control the symptoms.

In the new study at the University Hospital of North Durham, 440 patients with IBS were given either enterosgel – a gel that works when diluted in water – or a placebo. Enterosgel works by binding to the bacteria and acidic molecules in the gut that can cause IBS symptoms. These are then expelled by going to the toilet.

The researchers found that the drug relieved diarrhoea and pain in nearly two-thirds of patients. 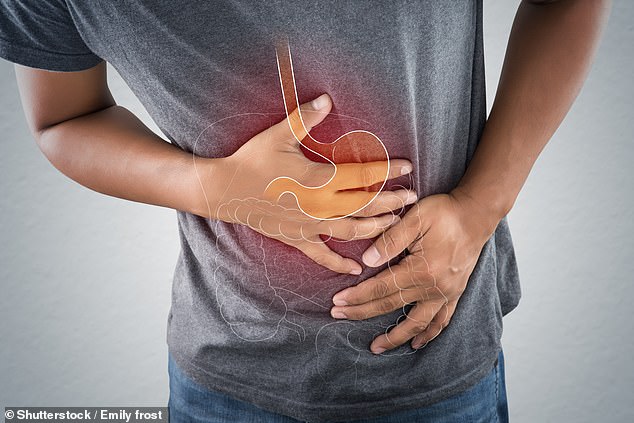 One in five Britons suffers IBS, which causes stomach cramps, bloating and in some cases diarrhoea. There is no cure, but diet changes and medication can help to control the symptoms

Half of Britons are so exhausted they have to nap at least twice a week, according to a survey. Men are twice as likely as women to grab a snooze.

The survey, commissioned by homeware brand Habitat, also revealed that the average nap lasts for about 30 minutes.

Studies suggest sleeping any longer than this during the day can disrupt the body’s natural sleep-wake cycle, and affect the quality of night-time sleep.

Nearly half of the 2,000 participants polled said they nap to catch up on missed sleep, while 20 per cent do so to take a break from staring at screens.

Women with endometriosis are a third more likely than others to suffer a stroke, a study has found. The condition, which causes the lining of the womb to grow in other organs, is often misdiagnosed.

US scientists followed 100,000 women over 28 years. Of these, the 5,200 patients with endometriosis had a 34 per cent greater risk of stroke. The researchers, who published their findings in the journal Stroke, suggest the explanation may lie with a treatment for the condition. In severe cases, patients have their ovaries removed, which leads to a depletion of oestrogen, crucial for lowering cholesterol – a build-up of which can lead to blood clots and strokes.