As doctors warn of a surge in youngsters with eco-anxiety, MARINA FOGLE reveals how to stop Greta Thunberg and Co making your children sick with worry

‘Our house is on fire.’ So began 16-year-old eco-activist Greta Thunberg’s now-famous speech at the World Economic Forum in January. ‘I want you to panic.’

There was something startling, almost terrifying about her earnestness.

‘We are less than 12 years away from not being able to undo our mistakes… on climate change, we have failed.’

And with those words, heard by billions via television, radio and social media, it seemed, the world started to take notice.

‘We are in the beginning of a mass extinction,’ she warned, choked with emotion. 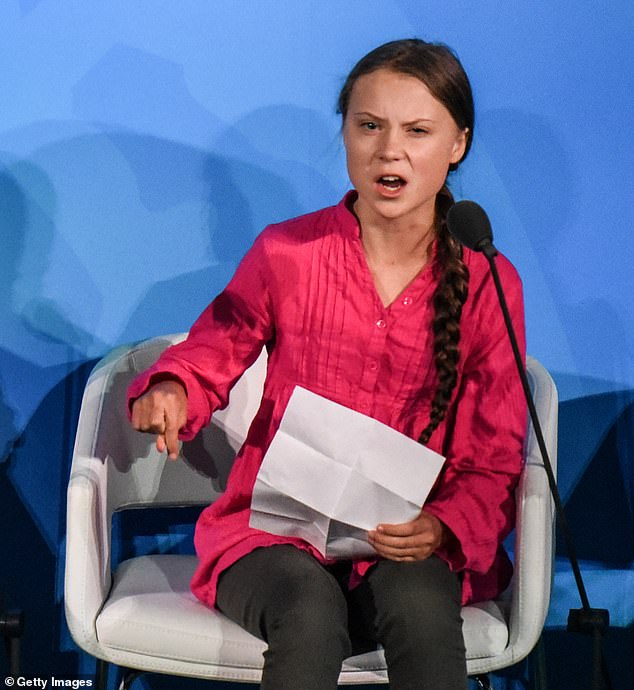 It came just days after millions of schoolchildren across the globe, inspired by Greta’s campaigning, went on ‘strike’ – walking out of school, demanding action on climate change.

As a parent, it’s pretty much impossible to ignore the impact that she, and fears in general about the environment, are having on children.

We grown-ups are also thinking hard about how we can do better – using less plastic, less energy and fuel, recycling, and demanding that the commercial companies we use and Government match our concern. And this is only a good thing.

But there are also serious concerns.

Psychologists are warning that apocalyptic forecasts of climate catastrophe issued by Greta and groups such as Extinction Rebellion are triggering mental health problems among youngsters.

Last week psychologists at Bath University reported a ‘tsunami’ of children turning to doctors, therapists and teachers for help to calm their worries of impending doom, with some prescribed psychiatric drugs.

‘Anxiety and distress about the implications of climate change are undermining mental health and wellbeing,’ claimed an earlier report from the American Psychological Association.

As the mother of primary school-aged children in England, this rings true. Only last week, a friend asked whether I had any idea how to deal with the anxiety her son is suffering.

She said: ‘He worries about rising sea levels, that he’ll wake up with his house underwater and his family drowning.’

On Instagram, one mother told me how her eight-year-old was worried the world was ending.

Another said her son was ‘traumatised’ after watching videos of sea turtles and whales choked to death by plastic pollution.

Parents spoke of feeling ‘angry’ with environmental campaigners, questioning whether this rhetoric is too frightening for children. 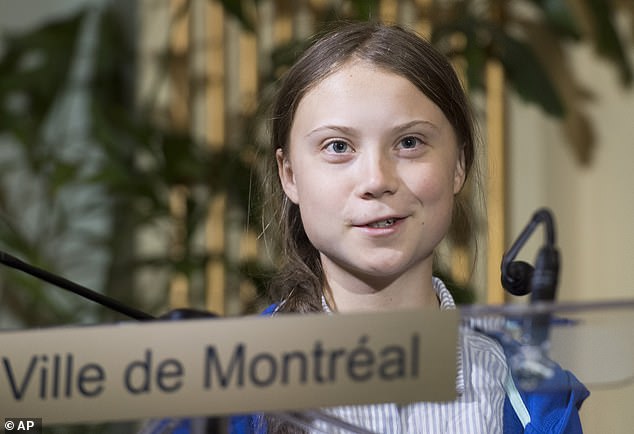 Parents spoke of feeling ‘angry’ with environmental campaigners, questioning whether this rhetoric is too frightening for children

‘Should I also be shielding them from distressing predictions around climate change?’

So what should we do when confronted by a child who is distressed by environmental concerns?

Child psychiatrist Dr Kathryn Hollins advises a frank discussion – because a desire to be more environmentally friendly is a positive thing. ‘Let them know they are not alone in having worries,’ she says. ‘Ask them what they are scared of and where they got these thoughts from.’

She says that reassurance will come from putting things into perspective. Rising sea levels might have an immediate effect on the lives of polar bears, but not on those living in the UK, she explains.

Teacher and psychoanalyst Emma Gleadhill warns against banning material but instead recommends researching together – to help children adopt a balanced view.

‘That way you can discuss concerns, information, distressing predictions and traumatising video footage, and encourage their response to be less doom-laden and more proactive,’ she says. 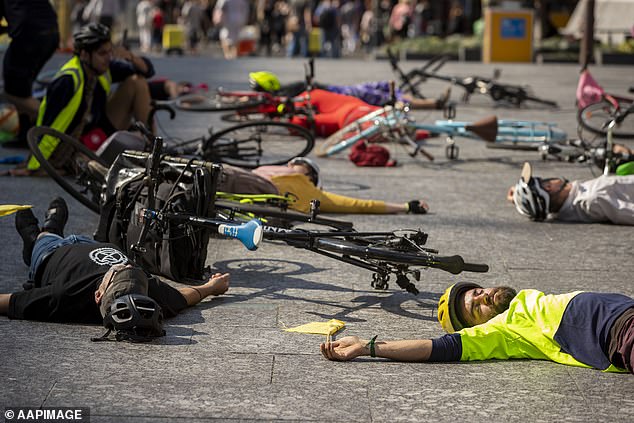 For younger children, perhaps watching a David Attenborough documentary in chunks, rather than the whole thing, will allow bite-size discussions to take place – which will be easier for them to cope with and digest.

Gleadhill stresses the importance of balancing horror stories with successes, saying: ‘Find the good news stories about the environment, where change in policy is having a fundamental impact on our planet in a positive way.’

A quick search online reveals that the ozone is healing, the second-largest coral reef is no longer endangered and air pollution in China is reducing.

One of the things children talk about as being most scary is the idea of being helpless. But there are examples of consumer power bringing about change, adds Gleadhill.

For instance, there’s the 5p levy on plastic bags introduced in 2015 thanks to newspaper and public campaigning.

‘This reduced the number of single-use plastic bags given out by major retailers by 85 per cent, way more than anyone anticipated,’ she says

University of Bath psychologist Caroline Hickman suggests talking about ‘wants’ and ‘needs’. She says that next time your child wants you to buy them something, stop to have a conversation that asks: do we really need it or could we get by without?

Whether it’s a pair of trainers, a toy or a snack, its production, delivery and disposal will affect our planet – and if we consume less, we can have a positive impact on the environment.

In more severe cases where children are catastrophising, and anxiety is affecting everyday life, it’s worth seeking professional help.

Therapists also challenge the type of ‘absolute’ thinking that might make children think ‘I’ll never get on a plane again’ or ‘No one is doing anything – I can’t stand it!’

Wherever your child is on this spectrum, Hickman, Gleadhill and Hollins all recommend letting children go to marches – as it helps them feel their voices are being heard, and that they can make a difference. This, ultimately, is the message you want to give a child suffering from eco-anxiety.