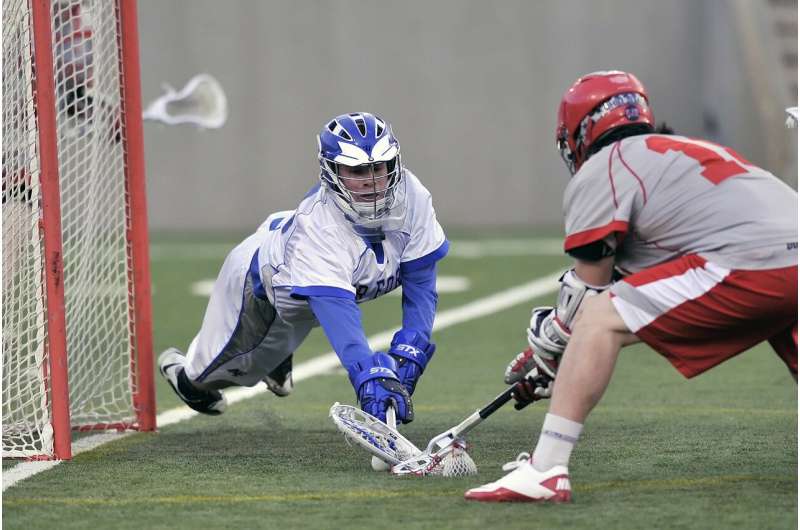 The concussion rate was lower in the US state where protective headgear is mandatory for high school lacrosse players than in states without such a mandate.

It may now be worth considering protective headgear for high school players and possibly for other levels of play, such as youth or collegiate level teams, suggest the researchers.

Girls’ lacrosse continues to be the fastest growing high school sport in the U.S.. Until the pandemic, participation had grown by nearly 54% over the past decade,note the researchers.

While a non-contact sport, incidental concussions and head impacts are common during lacrosse. Because of the non-contact rules for girls’ lacrosse, mandated protective equipment is limited to mouthguards and eyewear.

In response to growing concerns about the level of incidental contact in the game, the use of soft-shell headgear meeting the ASTM International F3137 performance standard has been permitted since January 2017.

But the use of headgear in lacrosse is the subject of heated debate, with detractors arguing that it prompts more aggressive ‘compensatory’ behaviors during play, contributing to increased injury risk.

To explore the issues further, the researchers compared concussion rates among high school girls’ lacrosse players in the state of Florida, where headgear was mandated in 2018, with 31 states without a headgear mandate for the 2019, 2020, and 2021 seasons.

Concussions were defined as injuries that occurred as a result of participation in a girls’ high school lacrosse game or practice and diagnosed by an athletic trainer, doctor, or other healthcare professional.

To count, a single athlete had to have actively taken part in one high school-sanctioned practice or game, regardless of duration, in which she was exposed to the risk of injury.

The researchers acknowledge that not all high schools have athletic training services available or access to NATION monitoring, so this may limit the generalisability of their findings to schools without such services, which are more likely to be in more deprived areas.

And they emphasize: “The results of this study are highly encouraging for athlete safety in high school girls’ lacrosse; however, a measure of caution should be employed given that this study did not employ randomisation or comparisons of injury rates pre and post mandate within the state of Florida.”

“Moreover, a 74% greater incidence of concussion was observed during game play in states not mandating headgear.”