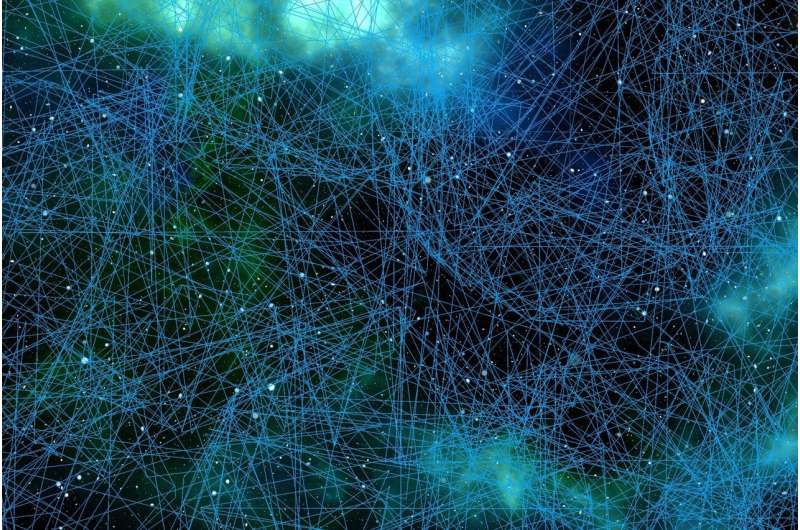 Neurodegenerative diseases—like amyotrophic lateral sclerosis (ALS, or Lou Gehrig’s disease), Alzheimer’s, and Parkinson’s—are complicated, chronic ailments that can present with a variety of symptoms, worsen at different rates, and have many underlying genetic and environmental causes, some of which are unknown. ALS, in particular, affects voluntary muscle movement and is always fatal, but while most people survive for only a few years after diagnosis, others live with the disease for decades. Manifestations of ALS can also vary significantly; often slower disease development correlates with onset in the limbs and affecting fine motor skills, while the more serious, bulbar ALS impacts swallowing, speaking, breathing, and mobility. Therefore, understanding the progression of diseases like ALS is critical to enrollment in clinical trials, analysis of potential interventions, and discovery of root causes.

However, assessing disease evolution is far from straightforward. Current clinical studies typically assume that health declines on a downward linear trajectory on a symptom rating scale, and use these linear models to evaluate whether drugs are slowing disease progression. However, data indicate that ALS often follows nonlinear trajectories, with periods where symptoms are stable alternating with periods when they are rapidly changing. Since data can be sparse, and health assessments often rely on subjective rating metrics measured at uneven time intervals, comparisons across patient populations are difficult. These heterogenous data and progression, in turn, complicate analyses of invention effectiveness and potentially mask disease origin.

“There are groups of individuals that share progression patterns. For example, some seem to have really fast-progressing ALS and others that have slow-progressing ALS that varies over time,” says Divya Ramamoorthy Ph.D., a research specialist at MIT and lead author of a new paper on the work that was published this month in Nature Computational Science. “The question we were asking is: can we use machine learning to identify if, and to what extent, those types of consistent patterns across individuals exist?”

Their technique, indeed, identified discrete and robust clinical patterns in ALS progression, many of which are non-linear. Further, these disease progression subtypes were consistent across patient populations and disease metrics. The team additionally found that their method can be applied to Alzheimer’s and Parkinson’s diseases as well.

After consulting with clinicians, the team of machine learning researchers and neurologists let the data speak for itself. They designed an unsupervised machine-learning model that employed two methods: Gaussian process regression and Dirichlet process clustering. These inferred the health trajectories directly from patient data and automatically grouped similar trajectories together without prescribing the number of clusters or the shape of the curves, forming ALS progression “subtypes.” Their method incorporated prior clinical knowledge in the way of a bias for negative trajectories—consistent with expectations for neurodegenerative disease progressions—but did not assume any linearity. “We know that linearity is not reflective of what’s actually observed,” says Ng. “The methods and models that we use here were more flexible, in the sense that, they capture what was seen in the data,” without the need for expensive labeled data and prescription of parameters.

Primarily, they applied the model to five longitudinal datasets from ALS clinical trials and observational studies. These used the gold standard to measure symptom development: the ALS functional rating scale revised (ALSFRS-R), which captures a global picture of patient neurological impairment but can be a bit of a “messy metric.” Additionally, performance on survivability probabilities, forced vital capacity (a measurement of respiratory function), and subscores of ALSFRS-R, which looks at individual bodily functions, were incorporated.

New regimes of progression and utility

When their population-level model was trained and tested on these metrics, four dominant patterns of disease popped out of the many trajectories—sigmoidal fast progression, stable slow progression, unstable slow progression, and unstable moderate progression—many with strong nonlinear characteristics. Notably, it captured trajectories where patients experienced a sudden loss of ability, called a functional cliff, which would significantly impact treatments, enrollment in clinical trials, and quality of life.

The researchers compared their method against other commonly used linear and nonlinear approaches in the field to separate the contribution of clustering and linearity to the model’s accuracy. The new work outperformed them, even patient-specific models, and found that subtype patterns were consistent across measures. Impressively, when data were withheld, the model was able to interpolate missing values, and, critically, could forecast future health measures. The model could also be trained on one ALSFRS-R dataset and predict cluster membership in others, making it robust, generalizable, and accurate with scarce data. So long as 6-12 months of data were available, health trajectories could be inferred with higher confidence than conventional methods.

The researchers’ approach also provided insights into Alzheimer’s and Parkinson’s diseases, both of which can have a range of symptom presentations and progression. For Alzheimer’s, the new technique could identify distinct disease patterns, in particular variations in the rates of conversion of mild to severe disease. The Parkinson’s analysis demonstrated a relationship between progression trajectories for off-medication scores and disease phenotypes, such as the tremor-dominant or postural instability/gait difficulty forms of Parkinson’s disease.

The work makes significant strides to find the signal amongst the noise in the time-series of complex neurodegenerative disease. “The patterns that we see are reproducible across studies, which I don’t believe had been shown before, and that may have implications for how we subtype the [ALS] disease,” says Fraenkel. As the FDA has been considering the impact of non-linearity in clinical trial designs, the team notes that their work is particularly pertinent.

As new ways to understand disease mechanisms come online, this model provides another tool to pick apart illnesses like ALS, Alzheimer’s, and Parkinson’s from a systems biology perspective.

“We have a lot of molecular data from the same patients, and so our long-term goal is to see whether there are subtypes of the disease,” says Fraenkel, whose lab looks at cellular changes to understand the etiology of diseases and possible targets for cures.