Lyme disease is a non-fatal but often debilitating disease which is surging in the UK. Recent research published in the British Medical Journal (BMJ) found there could be as many as 8,000 cases of the disease per year. Analysis of 8.4 million health records revealed the new numbers, far above initial estimates of 3,000 cases per year. This may be because the symptoms of Lyme disease are traditionally difficult to diagnose.

What are the symptoms of Lyme disease?

In the early stages of Lyme disease, some patients may only experience a rash.

This rash will appear as a bullseye at the site where a tick has bitten down on the skin.

Traditionally it will emerge within 30 days after someone is bitten, and is typically 15 inches across, but can grow bigger. 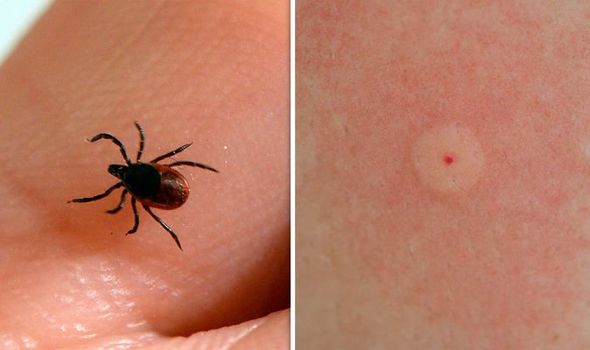 Approximately 33 percent of people who develop Lyme disease won’t have this rash, and others may experience symptoms similar to the flu. 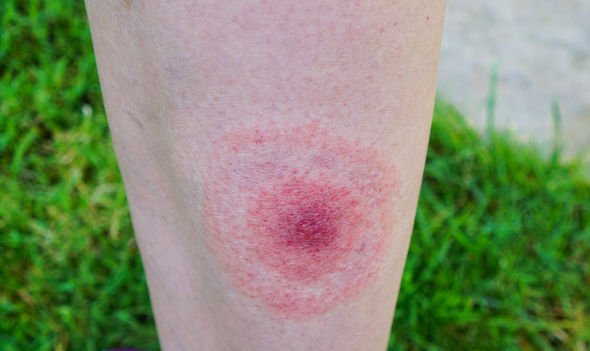 Lyme disease is treatable in its early stage if it is properly diagnosed.

However, the similarity between it and other diseases means it requires blood tests for a full diagnosis.

If doctors miss the vital early window for diagnosis and treatment, Lyme disease can cause more debilitating symptoms.

These develop several weeks, months or even years following infection. 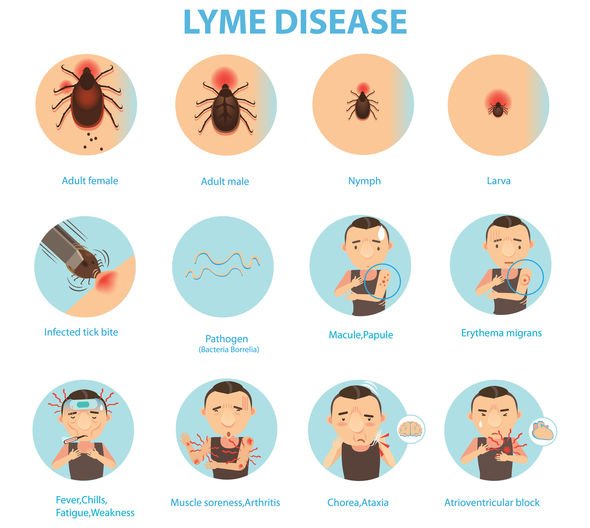 Later symptoms of Lyme disease include:

– Heart problems – These include inflammation of the heart muscle, heart block or heart failure

– Meningitis – Inflammation of membranes surrounding the brain and spinal cord, which can cause sensitivity to light and a stiff neck.