Lung cancer is one of the most common and serious types of cancer in the UK, with around 47,000 people diagnosed every year. Many of the symptoms of lung cancer, when they develop, are directly linked to a person’s lungs, for example a persistent cough and coughing up blood.

But lung cancer can also affect other parts of the body – one being the eyes.

Some lung cancers can cause syndromes such as Horner syndrome.

“Pancoast tumours can affect certain nerves to the eye and part of the face, causing a group of symptoms called Horner syndrome.” 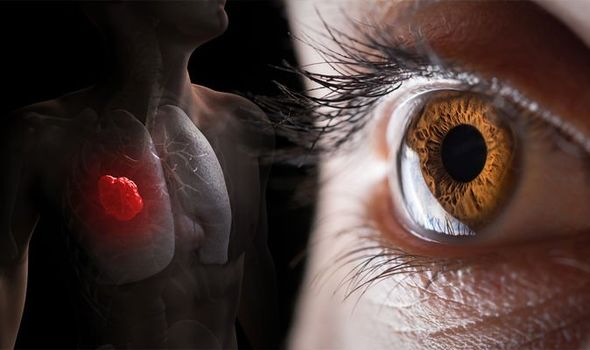 One of the symptoms of Horner syndrome is drooping or weakness of one upper eyelid.

A smaller pupil (dark part in the centre of the eye) in the same eye may also appear.

Another sign of Horner syndrome is little or no swearing on the same side of the face.

The main symptoms of lung cancer are listed by the NHS as:

If you experience any of these you should see your GP. 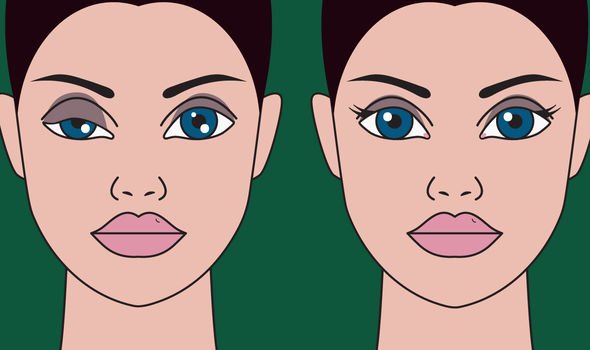 Less common symptoms may include:

The exact cause of lung cancer is unknown, but there’re a number of factors that can increase a person’s risk of developing the disease.

Smoking is one of the main risk factors, but can be controlled by quitting smoking.

Mayo Clinic explains: “Your risk of lung cancer increases with the number of cigarettes you smoke each day and the number of years you have smoked.

“Quitting at any age can significantly lower your risk of developing lung cancer.” 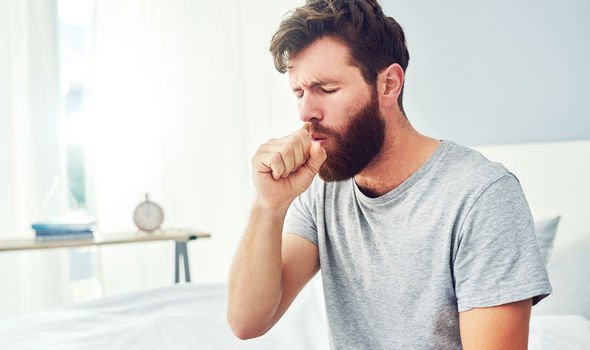 Other risk factors include:

Macmillan Cancer Support advises: “This depends on the stage and type of lung cancer and your general health.”