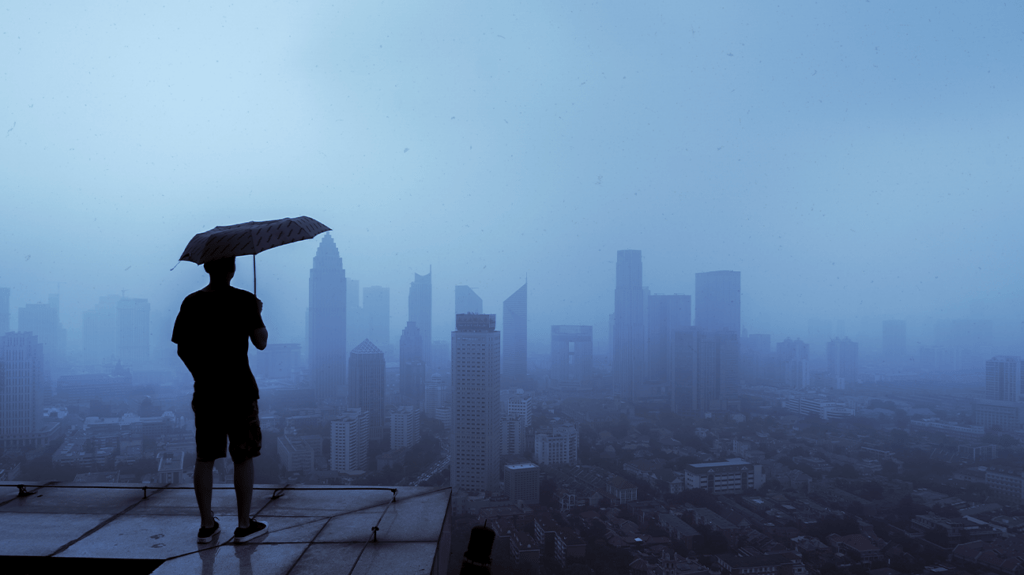 The World Health Organization (WHO) reports that lung cancer was the most common cause of cancer death in 2020, accounting for 1.8 million deaths globally.

It is a well-established fact that smoking increases the risk of lung cancer. Yet, about 10% to 20% of lung cancers happen in people who have never smoked or smoked fewer than 100 cigarettes in their lifetime, according to the Centers for Disease Control and Prevention (CDC).

When a team of researchers at the Francis Crick Institute (FCI) and University College London (UCL) started looking at ‘never-smokers’ who developed non-small cell lung cancer, they noticed that most of them lived in areas where air pollution levels exceeded WHO guidelines.

Although air pollution has been associated with lung cancer incidence for at least two decades, the exact mechanism by which small pollutant particles in the air cause lung cancer had not been identified.

Now, the team of researchers at FCI and UCL, funded by Cancer Research UK, have identified a non-small cell lung cancer mechanism driven by fine particulate matter (PM2.5) – particles that are 2.5 microns or less in diameter, which are typically found in vehicle exhaust and smoke from fossil fuels.

The researchers believe that PM2.5 triggers inflammation in the lungs and causes lung cells with pre-existing mutations to start forming a tumor.

“Cells with cancer-causing mutations accumulate naturally as we age, but they are normally inactive. We’ve demonstrated that air pollution wakes these cells up in the lungs, encouraging them to grow and potentially form tumors.”

Dr. Swanton presented these findings at the ESMO Congress 2022, the European Society for Medical Oncology’s annual conference, on September 10.

Dr. Howard L. (Jack) West, a thoracic oncology specialist and associate clinical professor in medical oncology at City of Hope Cancer Center, described the study as “a turning point in our understanding of the environmental contributions to lung cancer in never smokers”.

Dr. Ross Camidge, director of thoracic oncology at the University of Colorado, told Medical News Today: “Air pollution was recognized as a cause of lung cancer in never smokers by the WHO more than a decade ago […] will this insight alter behavior more than the WHO announcement? No. But if [the] mechanism is robust maybe we will study prevention options in a new way.”

The researchers started off by looking at the health data of 463,679 people in England, South Korea, and Taiwan.

They found that exposure to PM2.5 pollution is correlated with global lung cancer risk in never-smokers.

Having identified a correlation between air pollution and lung cancer, the researchers then set out to establish causation through laboratory studies on mice.

They found that exposure to air pollution causes a dramatic increase in the number, size, and grade of cancers in mice with pre-existing mutations in EGFR and KRAS genes.

This finding supports that pollution is not simply correlated to lung cancer but may actually cause it.

The researchers found no evidence of a DNA mutation from environmental causes in the lung cancer genomes of never-smokers. So, they sought to understand how air pollution can cause cancer without causing DNA mutations.

They found that air pollution exposure in both mice and humans results in an inflammatory response involving interleukin-1beta (IL1B) that transforms lung epithelial cells into a progenitor stem cell state. If the stem cell has the EGFR or KRAS mutation, there is an increased risk of a tumor being initiated.

In line with the findings of a previous large clinical trial, the researchers found that blocking IL1B with Canakinumab (a monoclonal antibody), inhibited lung cancer initiation in mice.

Dr. Lecia Sequist, Landry family professor of medicine at Harvard Medical School specializing in lung cancer, who was not involved in the study, congratulated the researchers on this “monumental work” that brings researchers and cancer patients closer to understanding how lung cancer develops.

Since the tumor was only initiated if the stem cell had an EGFR or KRAS mutation, the researchers wanted to understand the origin of these mutations.

They performed lung biopsies in people who were never exposed to carcinogens from smoking or heavy pollution. Even though the lungs were healthy, they found that 18-33% of lung tissue samples contained cancer-driving mutations in the EGFR and KRAS genes.

The researchers believe that cancer mutations increase with age in the lungs of never-smokers. They estimate that about 1 in 600,000 cells in the lung harbors a cancer-driving mutation.

“It requires pollution to transform the right cell, at the right time, in the right place into a cancer. I think that begins to explain the rarity of the disease but also the underlying risk that pollution holds […] in the world today,” Dr. Swanton said in an interview at the ESMO Congress.

In April 2022, the WHO warned that almost the entire global population (99%) is exposed to unsafe levels of air pollution.

Dr. Swanton said that, in view of the study findings, lowering air pollution levels requires “an urgent mandate” and it has become very clear that “climate health and human health are intimately linked.”